A severe winter storm is hitting the eastern US, extending a cold snap that has already claimed 11 lives.

Forecasters say a severe pressure drop will lead to an explosive winter storm along the eastern US, and is already bringing snow to Florida.

The US is currently on its 10th day of record-breaking frigid temperatures which began around Christmas.

But the predicted new storm has led meteorologists to deploy a new term – bomb cyclone. 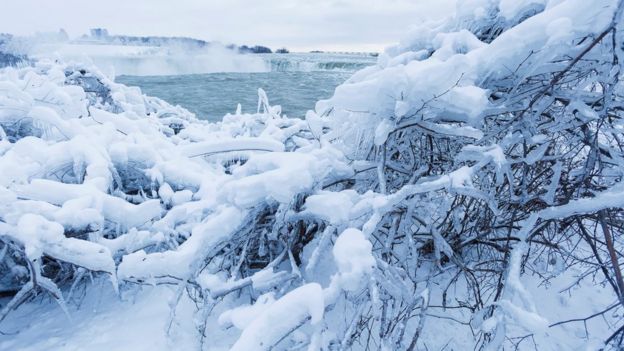 The National Weather Service (NWS) has warned that “Arctic air mass will remain entrenched over the eastern two thirds of the country through the end of the week”.

What is a ‘bomb cyclone’?

A “bomb cyclone” or “weather bomb” is an unofficial term for what is known as explosive cyclogenesis, according to BBC Weather.

This occurs when the central pressure of a low pressure system falls by 24 millibars in 24 hours and can result in violent winds developing around the system.

The winds can be strong enough to bring down trees and cause structural damage.

The coming storm, the Washington Post adds, will “in many ways resemble a winter hurricane” which could be the eastern US’s most intense in decades.

It comes as the average temperature across the continental US hovered around 9.1F (-12.7C) on Tuesday morning, according to CBS News.

Where is it expected to hit?

On Thursday and Friday, the major storm is expected to develop along the eastern seaboard of the US, bringing strong winds, rain, sleet and snow, according to BBC Weather.

The storm is forecast to undergo rapid cyclogenesis over the Atlantic Ocean, and current projections show areas north of New York as having the highest risk of significant impacts from strong winds and heavy snow.

Major north-eastern cities such as Boston are at risk of blizzards, and it is expected to cause disruption at air travel hubs with power outages also possible.

In the US South, freezing rain and sleet may reach as far down as Orlando, where agricultural officials say cold-sensitive crops such as citrus and strawberries are threatened.

Parts of Florida, including the northern city of Tallahassee, have already seen their first snow settling in decades.

Excited residents have been snapping photos of themselves playing in the snow, and school is cancelled in much of the state.

Is it cold everywhere?

No, it was actually colder in Jacksonville, Florida, than it was in Anchorage, Alaska, on Tuesday.

On Tuesday, the Merrill Field Airport in Anchorage recorded a temperature of 48F (9C) – higher than almost anywhere in the contiguous 48 states, that do not include Alaska and Hawaii.

On the other side of the Atlantic Ocean, British officials are warning that Storm Eleanor, which has already caused flooding and power outages, will pose a danger due to flying debris in high winds.

US meteorologist Dr Marshall Shepherd told the BBC that while it is colder than normal in parts of the US and Canada, most of the rest of the world is actually warmer than normal this week.

Environment officials warned that a major winter storm is expected to smash into the provinces of New Brunswick, Nova Scotia and Prince Edward Island on Thursday. 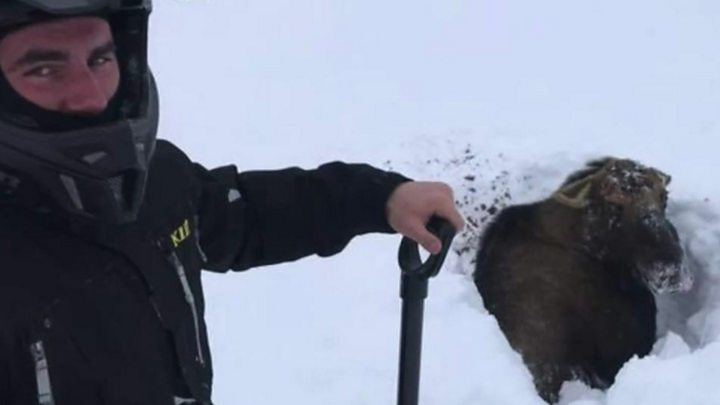 Officials predict that snow and high winds may cause worse power outages than those that affected 158,000 customers in Nova Scotia on Christmas Day.

Earlier this week, king penguins at the Calgary Zoo in Canada’s western Alberta province were kept in their indoor shelters to avoid the bitter cold.