Why is this Marine general predicting a Pacific theater of war? 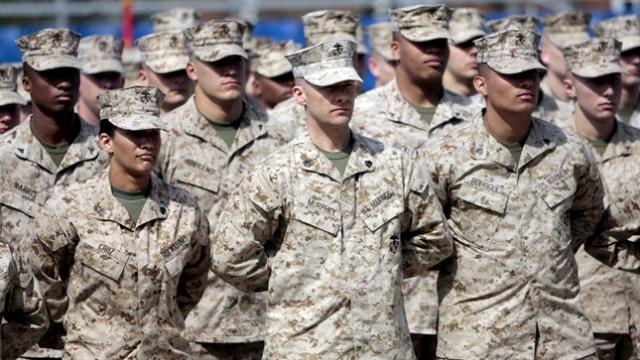 Why is this Marine general predicting a Pacific theater of war?

BY JOSH DELK
The Hill

The commandant of the Marine Corps, Gen. Robert Neller, told troops Thursday that “there’s a war coming” and urged them to be prepared.

“I hope I’m wrong, but there’s a war coming,” Neller told Marines stationed in Norway, during a visit there, according to Military.com. “You’re in a fight here, an informational fight, a political fight, by your presence,” he added.

The commandant pointed to Russia and the Pacific theater as the next major areas of conflict, predicting a “big-ass fight” in the future.

Neller’s visit comes amid tensions between Russia and NATO allies. Russia warned neighboring Norway that the presence of American troops could hurt relations, after Norway decision to host a new unit of U.S. soldiers through the end of 2018.

The administration says the Marines are there to enhance ties with European NATO allies and train in cold-weather combat.

In a question-and-answer session with the troops, Neller said the U.S. could shift its focus after years of fighting in the Middle East to Eastern Europe, citing Russia’s conflicts with Ukraine and Georgia.

On Monday, President Trump unveiled a new national security strategy that focused on the threats posed by Russia and China to U.S. interests.