Who is sabotaging Austria’s natural gas plants? Is it because the facility is a hub for ‘imported Russian gas’? 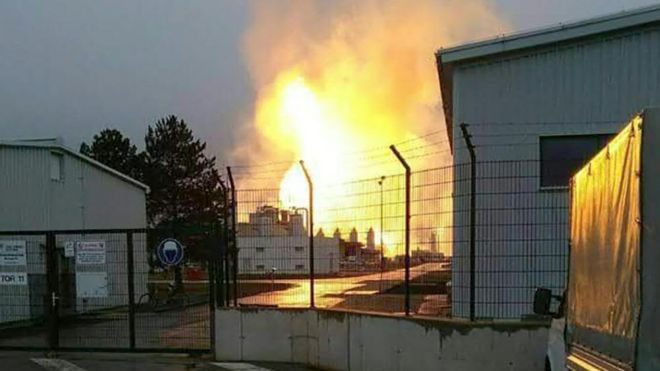 Who is sabotaging Austria’s natural gas plants? Is it because the facility is a hub for ‘imported Russian gas’?

A big explosion has rocked a key natural gas facility in eastern Austria, killing one person and injuring at least 18, police say.

A fire followed the blast at the Baumgarten site, which happened around 08:45 (07:45 GMT). The plant lies just east of Vienna, near the Slovak border.

On Twitter Austrian police said the situation was under control and a technical fault had caused the blast.

One unconfirmed report spoke of 60 hurt. Emergency teams are at the scene.

Baumgarten is a hub for imported Russian gas, which is sent on to Germany and Italy. 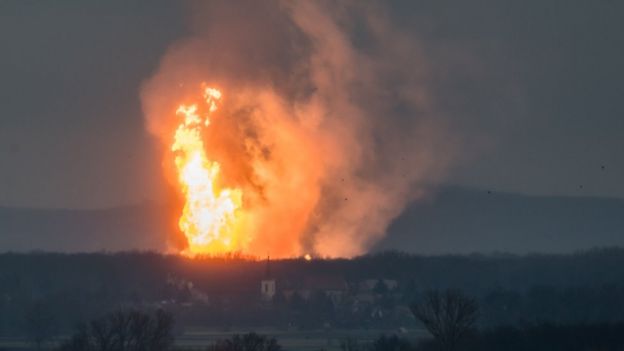 AFP  –  The blaze could be seen from a distance

“The installation has been brought under control and operations have been suspended there,” said Armin Teichert, spokesman for Austria’s Gas Connect service.

Police have cordoned off the area. Some victims suffering burns have been airlifted out by helicopter, Austrian ORF news reports.