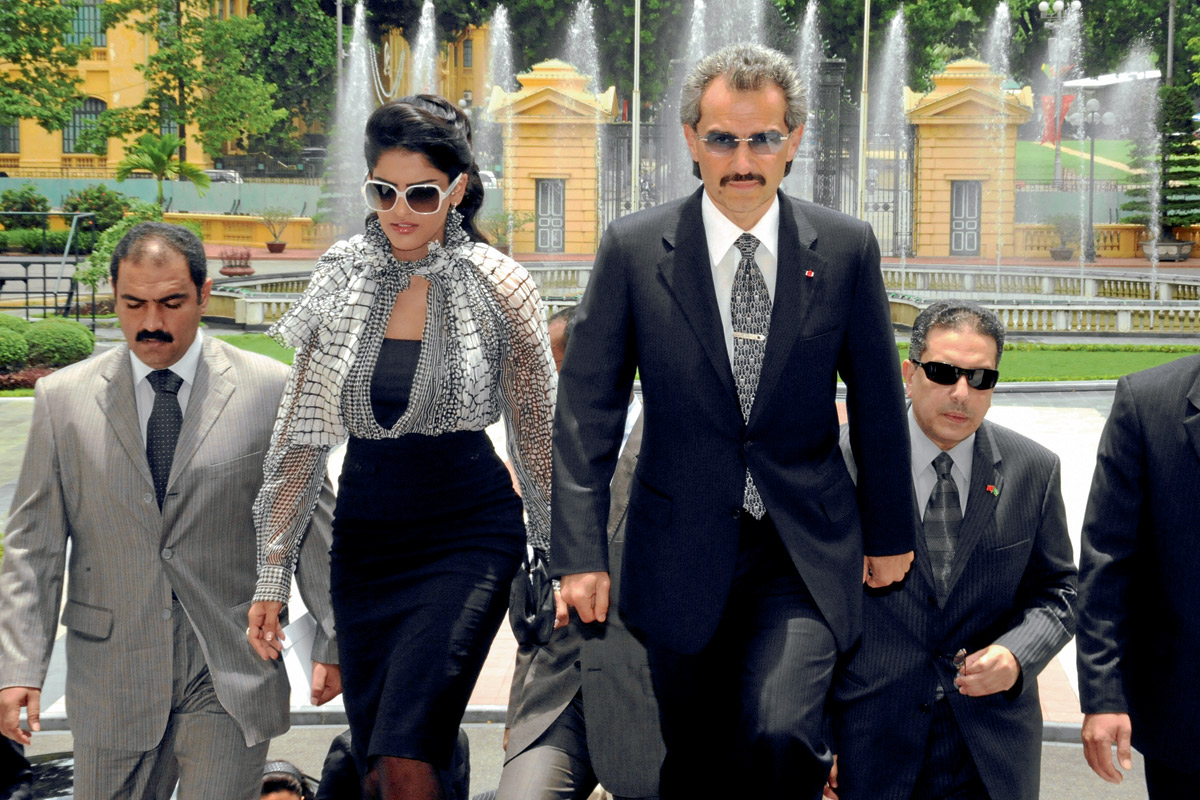 In case you were wondering what the going-rate was for one of the world’s richest men’s freedom… it’s $6 billion… in unencumbered cash (not Bitcoin).

That is the price that Saudi authorities are demanding from Saudi Prince al-Waleed bin Talal to free him from detention.

The 62-year-old prince was one of the dozens of royals, government officials and businesspeople rounded up early last month in a wave of arrests the Saudi government billed as the first volley in Crown Prince Mohammed bin Salman’s campaign against widespread graft.

According to the Mail, al-Waleed, who is (or was, until recently) one of the richest men in the world, has also been hung upside down and beaten.

The Saudi government has disclosed few details of its allegations against the accused, but as The Wall Street Journal reports, people familiar with the matter said the $6 billion Saudi officials are demanding from Prince al-Waleed, a large stakeholder in Western businesses like Twitter, is among the highest figures they have sought from those arrested.

While the prince’s fortune is estimated at $18.7 billion by Forbes – which would make him the Middle East’s wealthiest individual – he has indicated that he believes raising and handing over that much cash as an admission of guilt and would require him to dismantle the financial empire he has built over 25 years.

Prince al-Waleed is talking with the government about instead accepting as payment for his release a large piece of his conglomerate, Kingdom Holding Co., people familiar with the matter said. The Riyadh-listed company’s market value is $8.7 billion, down about 14% since the prince’s arrest. Kingdom Holding said in November that it retained the support of the Saudi government and that its strategy “remains intact.”

According to a senior Saudi official, Prince al-Waleed faces accusations that include money laundering, bribery and extortion. The official didn’t elaborate, but said the Saudi government is merely “having an amicable exchange to reach a settlement.”

The prince has indicated to people close to him that he is determined to prove his innocence and would fight the corruption allegations in court if he had to.

“He wants a proper investigation. It is expected that al-Waleed will give MBS a hard time,” said a person close to Prince al-Waleed, referring to the crown prince by his initials, as many do.

Some people close to Prince al-Waleed say they believe his high profile helped turn Prince Mohammed against the tycoon. Kingdom Holding has long acted like an arm of the Saudi state, striking deals that could have also been done by the crown prince or the kingdom’s own sovereign-wealth vehicle, the Public Investment Fund.

We suspect al-Waleed will not get his day in court, and will instead be forced to live on “diet food” since, as a reminder, the WSJ previously confirmed that fundamentally, the purge may be nothing more than a forced extortion scheme, as the Saudi government – already suffering from soaring budget deficits, sliding oil revenues and plunging reserves – was “aiming to confiscate cash and other assets worth as much as $800 billion in its broadening crackdown on alleged corruption among the kingdom’s elite.”