Goldman a Lead Investor in Funding Round for Bitcoin Startup Circle 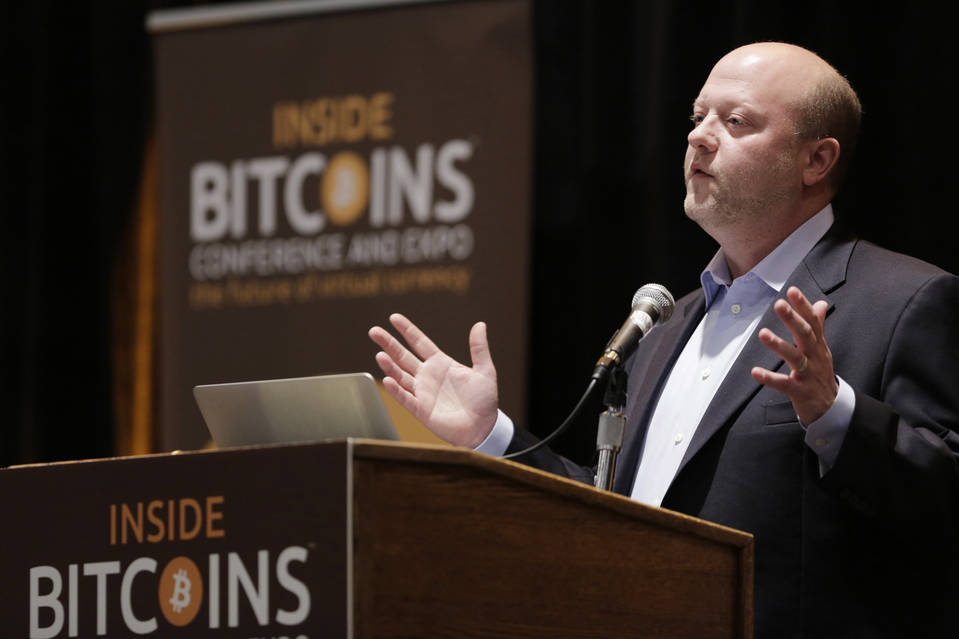 Goldman a Lead Investor in Funding Round for Bitcoin Startup Circle

Goldman Sachs Group Inc. GS -0.16% is one of two lead investors in a $50 million funding round for bitcoin startup Circle Internet Financial Ltd.

Circle, based in Boston, uses bitcoin-based systems to allow customers to digitally store money and transfer it to and from other people and merchants.

The new $50 million injection comes on top of $26 million in prior financing founds for Circle and, according to people familiar with the deal, values the startup at around $200 million.

Goldman declined to comment about its investment beyond a brief statement in the news release from Tom Jessop, managing director of the investment bank’s Principal Strategic Investments Group. He said the investment bank sees “significant opportunities in companies and solutions that have the promise to transform global markets through technical innovation.”

Circle said in a statement that the investment bank’s co-lead investor was China-based IDG Capital Partners, an early investor in Chinese Internet giants such as Tencent Holdings Ltd.and Baidu Inc. The firm’s involvement reflects a new push from Circle to break into the Chinese market.

The funding news coincides with Circle’s move to allow consumers to hold traditional currencies in their accounts in addition to bitcoin. Chief Executive Jeremy Allaire said Circle will start with dollar offerings but then provide Chinese yuan accounts and other currencies once it can do so practically and compliantly.

Goldman’s commitment to Circle follows investments by the New York Stock Exchange, Spain’s Banco Bilbao Vizcaya Argentaria SA and USAA Bank in San Francisco startup Coinbase, which runs a bitcoin exchange and competes with Circle in the market for bitcoin wallets, with which users store and send digital currency.

The strategy to offer dollar-based services marks an important shift for Circle, which began as a purely bitcoin wallet service. Mr. Allaire says the inclusion of fiat currencies is consistent with the firm’s founding philosophy.

“We’ve always preached this idea of the hybrid digital economy where fiat currencies can move frictionlessly around the world using bitcoin as the free Internet payment network,” Mr. Allaire said in an interview.

Unlike other fast, low-cost, dollar-based digital money-transfer platforms such as PayPal or the digital money-sharing app Venmo, which operate exclusively inside their own “closed-loop” networks, Circle’s inclusion of a bitcoin connection allows users to send money outside the firm’s network. It achieves what Mr. Allaire describes as the goal of interoperability.

Circle is trying a similar strategy in the Chinese market, where hundreds of millions of mobile-phone-toting consumers frequently use closed-loop services such as Alibaba’s Alipay service and the payment app attached to Tencent’s messaging service WeChat. Mr. Allaire called China “an extremely attractive market in terms of consumer behavior and in terms of scale,” highlighting the Chinese government’s desire to develop an economy that is led by consumers that spend their money globally.

It is a similar bet to one being played by Beijing-based bitcoin exchange OKCoin, which is launching a “Superwallet” for storing yuan and other currencies, giving users the capacity to use those funds to purchase goods offered for sale in other countries in bitcoins.

“The opportunities for cross-border payment activity and for digital money are exploding as we speak,” says Jim Breyer, a partner at Breyer Capital and Accel Partners—both early investors in Circle, who in the past has collaborated in Chinese investments with IDG.