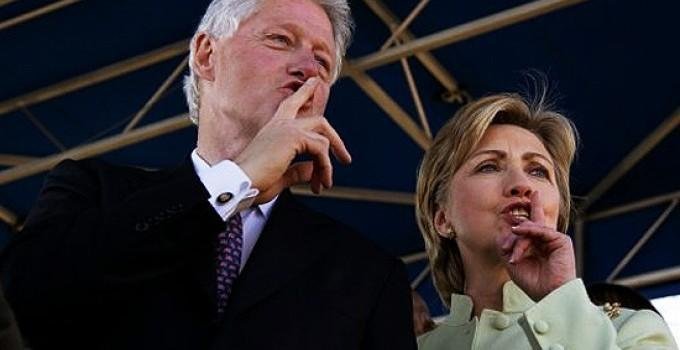 Given the absolute corruption of the US Attorney’s office and Federal Bureau of Investigation since Clinton took office in January 1993, this documentary is extremely informative. The introduction, lasting 100 seconds, is absolutely compelling and prescient given today’s current state of politics. Bill Clinton made two historic and unprecedented decisions shortly after taking office that accelerated the demise of the rule of law. George Bush and Barack Obama then capitalized on the lawless environment….

INTRODUCTION
“When you are living through the events of your life on a day-to-day basis, it is sometimes hard to know if you witnessing a historic turning point in the life of the nation or just mistaking the noise of Washington politics as usual. But there can be no doubt that the undercurrents of the Era of William Jefferson Clinton are unprecedented. While the US press barked and howled with pitiful irrelevance about Clinton’s $200 haircut, he quietly became the first US President in the nation’s history to fire every US Attorney in the country. When he fired William Sessions in July 1993, it was ALSO the first time in American history that a President and summarily dismissed an FBI director.

As Americans, we must then ask what the reasons were for these unprecedented moves by a new POTUS. Was it by design; and if so, why? There are dozens of other questions that beg an answer as well. Bill Clinton, himself, may have given us a clue to the answer when he stated, “I believe the measure of a person’s values can best be measured by examining the life the person lives.” That is what the preceding documentary attempts to do.

No doubt, Bill Clinton had personal reasons for doing this as outlined in the documentary, which is highly recommended to every US citizen. However, it could not have been pulled off without the CIA-controlled Mockingbird Media abdicating its role.

Thankfully, the Internet came along to balance the power associated with the control and flow of information. As such, I pray for these things:

1) President Trump successfully executes the strategy, I believe he is pursuing, to prosecute the criminal elements of the US Gov’t, dismantle the deep state, drain the swamp, and destroy modern-day slavery known as human trafficking.
2) Lerner Technologies prevails against those that stole, distributed, and abused their “social networking” technology to secretly circumvent the US Constitution in an attempt to enslave the People in the greatest heist of intellectual property known to man.
3) Lerner Technologies regains control of the intellectual property rights, gains control of the companies which “knowingly” integrated the technology, and removes the unlawful back doors.
4) Each individual that material participated in this heist is identified, defrocked of all illicit gains, and prosecuted for treason.