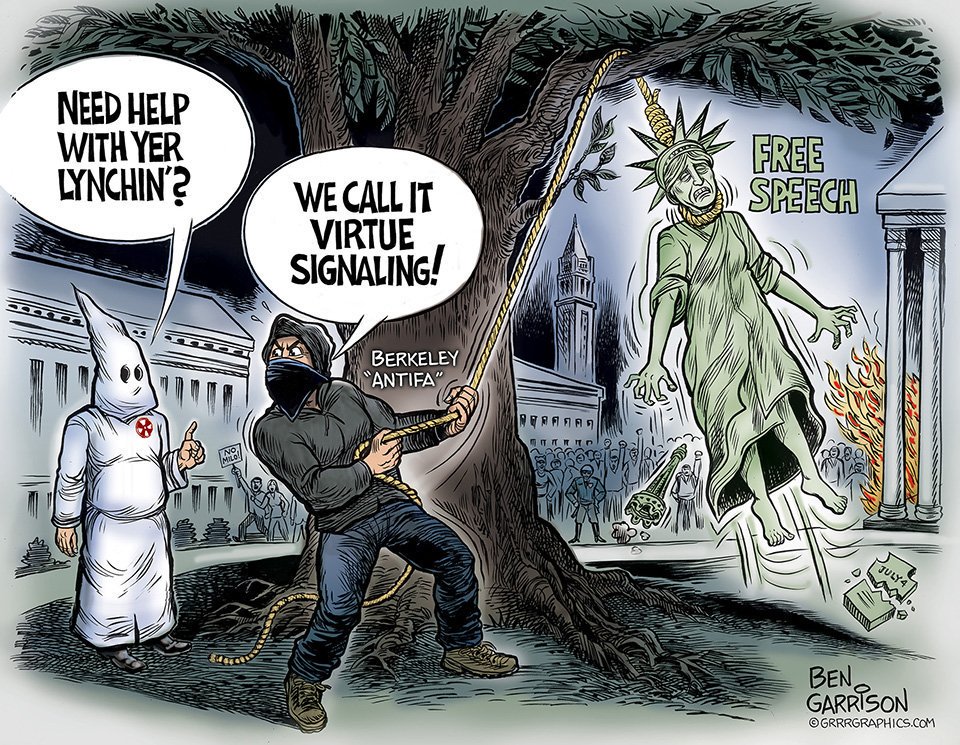 Merry Chaos from the Left

Twas the night before Chaos when all through the land,

Not a liberal was willing, to take a firm stand.

The fake news was all set by the media with care,
They stated Utopia would soon be here.

The dupes were nestled all snug in their beds,
While visions of social justice danced in their heads.

And mamma in her ‘kerchief, and I in my cap,
Had just emptied our brains for a long winter’s nap.

When out on the lawn there arose such a clatter,
I sprang from my bed to see what, was the matter.

Away to the window I found broken glass,
Tore open the shutters and threw up the sash.

The moon on the crest of the hammer and sickle,
Lit up the left and their disguise as Antifa.

When what to my wondering eyes did appear,
But a white UN truck and eight tiny peace keepers.

With a little old driver so lively and quick,
I knew in a moment he must be Tsar Nick.

More rapid than light, his drones they came,
And he saluted, and shouted, and called them by name:

Submitted to SOTN by an anonymous American patriot