IF THESE TWEETS ARE LEGIT, THE WALLS OF DC ARE ABOUT TO COME DOWN! 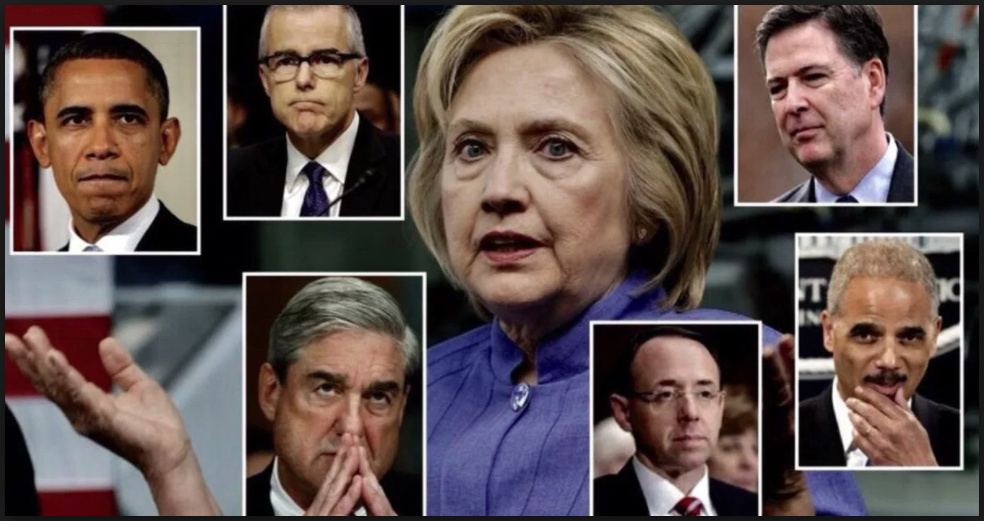 IF THESE TWEETS ARE LEGIT, THE WALLS OF DC ARE ABOUT TO COME DOWN!

IT WOULD SEEM THAT THE POTENTIAL DOWNFALL OF THE DNC MAY REST ON THE SHOULDERS OF A SEEMINGLY HUSH-HUSH INVESTIGATION INTO THE URANIUM ONE DEAL, AND IF THIS TWITTER — USER IS TO BE BELIEVED TRUMP AND A HANDFUL OF INSIDERS (INCLUDING MUELLER) ARE WORKING TO BRING DOWN THE ENTIRE WALL ALL AT ONCE.

Internet user Stealth Jeff wrote a HUGE serious of numbered Tweets which detail exactly what’s going on behind the curtain and if true a lot of arrests are about to be made.

Stealth Jeff seems to also be Brian Crates, a former investigative Journo for Breitbart News back when Andrew Breitbart was alive.

I happened to stumble upon this after doing some investigating of my own for a totally different story and after reading this and much of the reactions via the replies it was too good to not share with you.

I can’t say for certain if this is what’s going on but it’s plausible and really would explain A LOT of what’s been going on.

This worth your time to read! But again, this is speculative at best. But we hope this is all true.

tl;dr – Trump has known about Uranium One all along and he and Sessions have been working behind to scenes to hold those involved accountable. Now Mueller and Rosenstein may be in on the details and working with both POTUS and Sessions while still, publicly, seemingly going along with the Anti-Trump agenda.

10) Even if he WINS the election, he’d be taking over a gov’t that had been corrupted & compromised by the previous administration to a
11) degree that was almost unfathomable.
HOW do you go about restoring the US gov’t to what it should be, instead of what it’s become?

12) And Trump and his advisors came up with a plan.

A brilliant plan. An intelligence operation based on DECEPTION.

16) WHY does Trump keep going out of his way to incessantly BRAG about the sweet, sweet deals he & Putin are gonna do together? ?

25) Everything Trump does is calculated for effect.

So now you know why he showed all that ‘Putin-Love’ during the campaign.

40) With a President who bragged about doing deals with Russia, an advisor caught on the phone with the Russian ambassador…..
40a)…and who briefly for 3 months hired a guy known to be 1 of the SLIMIEST and DIRTIEST Russian-connected people in DC as his manager.
40b) [of course, now we know after the election it was actually JARED KUSHNER running the campaign behind the scenes]
40c) while Kelly Anne Conway was handling the public PR & media chores.
Manafort was brought in as ANOTHER reason to investigate Trump!

47) A lot of scenarios go wrong because they start by assuming Trump was clueless, didn’t know any of this, Sessions didn’t either or
48) was part of the #UraniumOne coverup. Same with Mueller & Rosenstein, whom many assume to be dirty, trying to HIDE the evidence.

50) So: what do the #UraniumOne traitors & DNC Media & Democrats THINK has been going on for the last 8 months?