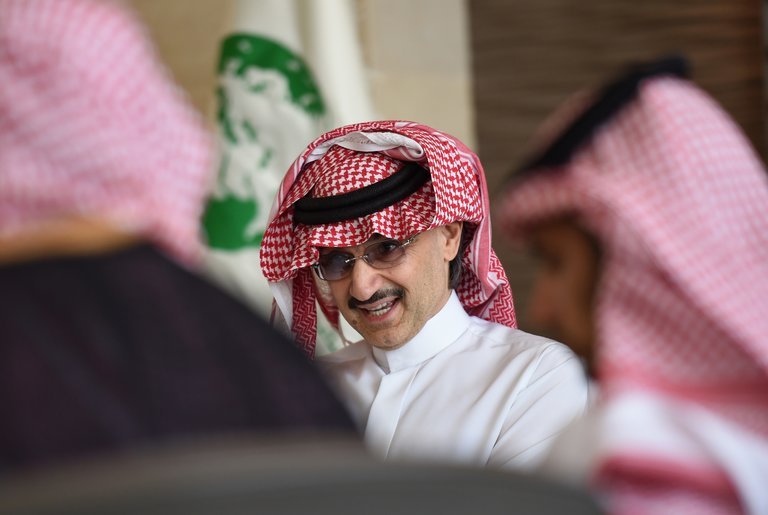 Prince Alwaleed bin Talal in Riyadh, Saudi Arabia, in 2015. He hasn’t been heard from since his arrest early this month. Credit Fayez Nureldine/Agence France-Presse — Getty Images

It has been more than three weeks since Prince Alwaleed bin Talal, the most prominent investor in Saudi Arabia, was arrested on a Saturday night as part of the sweeping detention of several dozen elites. Since then, he has been holed up inside the Saudi version of prison for the ultrawealthy: the Ritz Carlton hotel in Riyadh, about a 10-minute drive from the prince’s home.

He hasn’t been heard from, nor have any charges against him been made public.

Because he was the longtime public face of finance for Saudi Arabia, Prince Alwaleed’s arrest — and the lack of transparency around what has happened to him — is causing increasing consternation among his various business partners and in much of the Western business community.

His arrest has also created a sense of uncertainty among investors about whether to do business with Saudi Arabia and, by extension, could affect some of its partners, like Masayoshi Son’s $100 billion SoftBank fund, in which the kingdom holds a 45 percent stake. It could also affect the highly anticipated public offering of the state-owned oil company, Aramco, planned for next year.

“I’m surprised that he got swept up in this, because he had always been such a positive figure both in reality and symbolically for Saudi progressivism — for participating in the modern world, in modern finance,” said Richard Parsons, a former chief executive of Time Warner and former chairman of Citigroup, in which the prince had also been a large investor.

“What is this all about?’’ Mr. Parsons added. “There is no transparency. Nobody understands what is going on. It is unclear why or what the rationale is. If you’re an investor or a businessperson, you’re going to take a step back from the starting line and say, ‘I’m just going to keep my money in my pocket.’”

Many of the prince’s longtime partners have sought information about him, but have not been able to learn about his well-being or the charges against him. The Murdoch family, which has long had a relationship with the prince — he has been a large investor in 21st Century Fox, which in turn has a nearly 20 percent stake in Rotana, the media company he controls — has tried to find out more about his situation but has been stymied.

Known as the Warren Buffett of the Middle East, the prince has worked with Bill Gates on various projects, including their ownership of the Four Seasons resorts and several philanthropic endeavors.

“I’m only aware of what I’ve read in the press, and I can’t speculate,” Mr. Gates, Microsoft’s co-founder, said by email. “Prince Alwaleed has been an important partner in my foundation’s work to ensure that kids around the world receive lifesaving vaccinations. We’ve worked together to help stop the spread of polio, measles and other preventable diseases. His commitment to philanthropy is inspiring.”

The Saudi Arabian government has officially described the arrest of Prince Alwaleed and dozens of other princes and businessmen as part of a long-planned “anticorruption” effort. Inside the kingdom, the arrests were welcomed by many, especially by millennials, who think their job prospects and economic growth have been slowed by a culture of graft.

But outside the country, questions remain. The arrests have been called everything from a power grab by the crown prince, to a shakedown, to a Saudi version of “the Saturday Night Massacre.”

The country’s crown prince, Mohammed bin Salman has waved off those descriptions, calling them “ludicrous” in an interview last weekwith my colleague Thomas L. Friedman.

Still, the kingdom expects to reach “settlements” with those who have been arrested, and the crown prince said he expected to recover $100 billion. It remains unclear where those who reach settlements will go after leaving the Ritz; some are expected to remain living in Saudi Arabia while others may leave the country.

The timing of the arrests has also raised questions, coming just a week after the kingdom hosted a week long conference at the Ritz Carlton that drew some of the world’s most prominent investors. When the conference ended, there appeared to be a remarkable sense of good will toward the country, and several large investors said they intended to invest money there.

The arrest of Prince Alwaleed, however, has seemingly made some skittish and is likely to slow the pace of investment, at least in the short term.

“When people talk about where to invest outside of the U.S., you always hear the term ‘rule of law,’” said Mr. Parsons, who was among a dozen or so American executives who spoke to me about their concerns, most asking for anonymity so as not to upset their relationship with the Saudis.

“It’s easy to take for granted if nothing untoward has happened or there hasn’t been any turbulence,” he said. “As soon as you see something that is difficult to understand in terms of how investors and investments are being treated, ‘rule of law’ all of sudden leaps up off the canvas.”

Several executives who do business in the kingdom said it wasn’t the mass arrests of other public officials or elites that concerned them so much as the arrest of Prince Alwaleed himself. It put a prominent face on the unsettling news.

His arrest has led to rampant speculation about the charges against him, with many questioning whether the kingdom might seek to take over his ownership of Rotana, the largest entertainment company in the region. The kingdom has sought more and more control over messaging, and Rotana owns television, film, music, magazine and radio assets.

Some close to the prince privately question why, if he was under investigation, the government granted him permission to acquire a 16 percent stake in Saudi Fransi from Crédit Agricole for $1.5 billion in September — one of the largest finance deals in the country. The deal required the approval of regulators who would have surely known about the inquiry. The crown prince told Mr. Friedman that government had been working on the corruption cases for the past two years.

Within the world of Silicon Valley, which the crown prince has been assiduously courting over the past several years — including a trip last year when he met with Mark Zuckerberg, Facebook’s chief executive — there are lingering questions about the implications of taking money from the country. Saudi Arabia took a direct stake in Uber, for example, and through its investment in Softbank’s Vision Fund it has acquired pieces of companies like WeWork and Slack. Privately, some investors also grumble about the close ties that the Saudi government has with President Trump, an unpopular figure with many in Silicon Valley.

Uber’s new chief executive, Dara Khosrowshahi, told me two weeks ago that the company had discussed whether to take the Saudi money. “I wasn’t there, but at the time when we took the money — because I asked the team about it — the company definitely talked about it,” he said. “And I’d say the most important issue for the company was the women’s rights in Saudi Arabia.”

With some more transparency and answers about the fate of Prince Alwaleed, many more American business executives and investors would feel the same way.

Correction: November 27, 2017
An earlier version of this article misidentified a former title of Richard Parsons. He was the former chairman of Citigroup, not the former chief executive.
___
http://www.nytimes.com/2017/11/27/business/a-princes-uncertain-fate-deepens-mystery-in-saudi-arabia.html