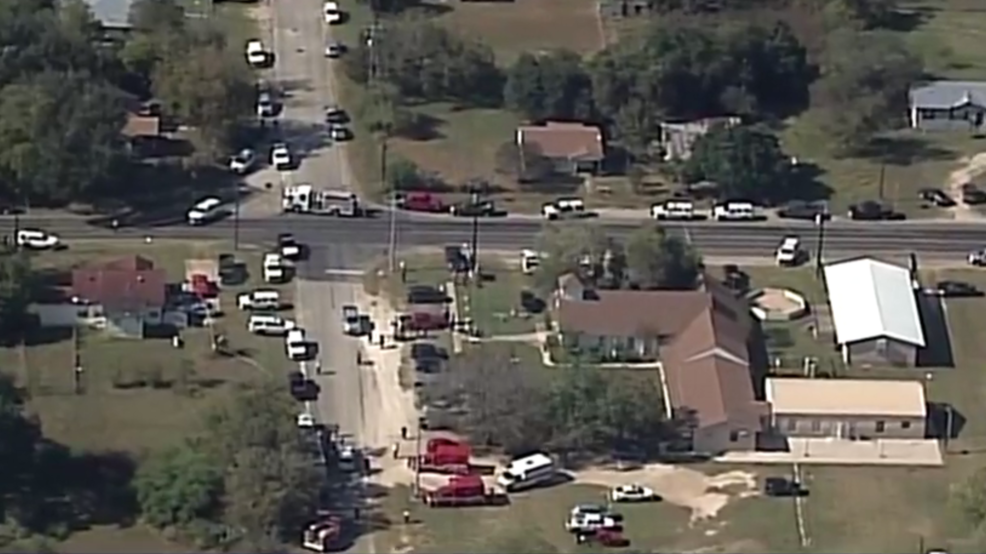 Many people shot dead and wounded in church shooting at Sutherland Springs, Texas

At least 20 people are dead after a gunman opened fire inside a Texas church on Sunday morning, officials say.

The shooting occurred at the First Baptist Church in Sutherland Springs, approximately 30 miles from San Antonio, around 11:30 a.m. The shooter, who is believed to have acted alone, fled the church on foot and was killed by police, officials said. Two county commissioners said at least 20 people were dead; a police commissioner told the BBC that 27 had died.

Whatever the final toll, it is already the deadliest shooting at a place of worship in modern American history, surpassing the nine killed at Emanuel AME Baptist Church in Charleston, South Carolina in 2015.

At least six helicopters transported injured people to hospitals, the Dallas Morning News reported, and a two-year-old child is among the wounded.

Families gathered at the church, waiting for word from loved ones who had attended service that morning. One group held hands outside and prayed to God to “be with us as we learn to deal with this in days to come.”

Families in tears wait to see if their family and friends are safe. Praying for the safety of all those involved. pic.twitter.com/yjzK7lZJ1S

The shooter has not yet been publicly identified and officials have not said anything concerning a possible motive. The FBI and ATF are investigating. Police are reportedly instructing locals to remain indoors while the investigation into the shooting is underway. Law enforcement has since surrounded the church.

Sutherland Springs is a small community outside San Antonio, with fewer than 1,000 residents.