This Is What Americans Heard During The Mysterious Cuban Sonic Attacks, And Why Experts Don’t Buy It 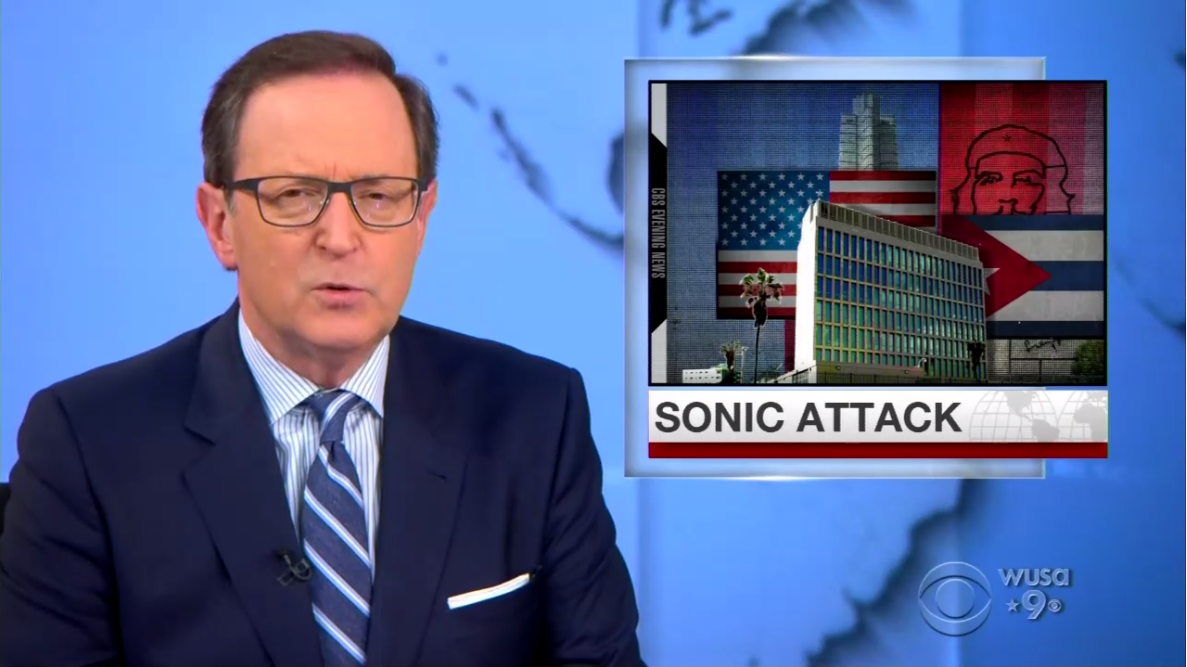 This Is What Americans Heard During The Mysterious Cuban Sonic Attacks, And Why Experts Don’t Buy It

Multiple neurologists and experts have told The Guardian that the mysterious ‘sonic attacks’ upon US diplomats in Cuba are likely just a case of mass hysteria. The extensive Guardian report is based on research and interviews with top neurologists and medical experts explaining that the likeliest explanation for the strange and inexplicable symptoms reported by US embassy staff in Cuba which have led to a breakdown in relations between the two countries has nothing to do with some kind of Cuban sonic device or high tech conspiracy.

The neurologists say that the most plausible explanation is that the diplomats’ high stress environment is leading to neurological abnormalities and disorders which are causing psychosomatic (or self-induced) symptoms. If true it would be a shocking revelation that such a “natural cause” phenomenon could result in the US removing most of its embassy staff from Havana. The Guardian report was issued on the very day that the Associated Press published what it purports to be an audio recording of high pitched undulating sounds which some embassy workers in Havana claim made them sick. Reports indicate that 22 US victims have suffered mysterious ailments after working at the embassy, including hearing, visual, cognitive, balance, sleep and other problems.

US Embassy in Havana, Cube. Image source: RNZ via AFP

Though it took over a year for the complaints to surface in the media, it all started in the fall of 2016. Several of the affected diplomats were recent arrivals at the embassy, which reopened in 2015 as part of Barack Obama’s reestablishment of diplomatic relations with Cuba. The various accounts were strange yet similar: one diplomat, for example, described being jolted awake in a Havana hotel room by a grinding, blaring cacophony. When he moved a few feet across the room, the noise stopped. When he got back into bed, the agonizing sound hit him again; as if, he told doctors, he had walked through some invisible wall cutting straight down the middle of his room. Multiple personnel also reported persisted nausea, nosebleeds, headaches, and dizziness while stationed in Cuba.

The US State Department has deemed the occurrence to be deliberate attacks, though US officials have stopped short of pointing the finger directly at the Cuban government. But The Guardian is now casting significant doubts on the US allegations even while its report acknowledged the new audio recording obtained by the AP.

It sounds sort of like a mass of crickets. A high-pitched whine, but from what? It seems to undulate, even writhe. Listen closely: There are hear multiple, distinct tones that sound to some like they’re colliding in a nails-on-the-chalkboard effect.

The Guardian begins by citing Alan Carson, a consultant neuropsychiatrist and former president of the British Neuropsychiatry Association, who explained, “Typically what one gets in a functional disorder is some trigger. It is often relatively mild and non-specific, it can be a minor physical injury. But then a combination of a degree of anxiety and also belief and expectation distort that feeling.” Carson suggested that initial reports of US staff hearing strange sounds and experiencing unusual sensations could have triggered similar sensations in others: “If there is a strong enough expectation that something is going to happen, that will distort in an entirely real way the incoming information,” Carson said. “In certain circumstances that can be transmitted from person to person… If one person has that experience strongly enough and sets off that train of thought in somebody’s else’s mind, that can happen too.”

Sound waves from a sonic attack on the US Embassy in Cuba? Image source: New York Post

The report futher cites Mark Hallett, head of the human motor control section of the US National Institute of Neurological Disorders and Stroke, to introduce the likely possibility of a “mass hysteria” phenomenon. Hallet said, “From an objective point of view it’s more like mass hysteria than anything else.” This involves possible “functional disorders” taking root among small groups of people based on the power of suggestion in high stress close working environments. The Guardian explains further:

“Mass hysteria” is the popular term for outbreaks among groups of people which are partly or wholly psychosomatic, but Hallett stressed there should be no blame attached to them.

“Psychosomatic disease is a disease like anything else. It shouldn’t be stigmatized,” said Hallett, who is also president of the International Federation of Clinical Neurophysiology. “It’s important to point out that symptoms like this are not voluntary. They are not a sign of weakness in an individual’s personality.”

Hallet also noted the vagueness of the complains among the nearly two dozen embassy staff: “There are a very large number of individuals that have relatively vague complaints as far as I can see.” He said. “There has been an exploration of possible causes for this and nothing has been found and the notion of some sonic beam is relatively nonsensical.”

“If it is mass hysteria that would clarify all the mystery – and presumably normalize US-Cuban relations again,” Hallett suggested. “These people are all clustered together in a somewhat anxious environment and that is exactly the situation that precipitates something like this. Anxiety may be one of the critical factors.”

Audio released by the AP on Thursday purports to capture what American embassy staff heard in Cuba.

Jon Stone, a University of Edinburgh neurologist and leading author in the field also told The Guardan that such disorders were so frequent in society that it constitutes the second commonest reason people seek out neurologists. “There is a misconception that only people who are weak-willed, people who are neurotic, get these symptoms. It isn’t true,” Stone explained. “We are talking about genuine symptoms that people have of dizziness, of headaches, of hearing problems, which they are not faking.” Stone seconded Hallett’s analysis of the mass hysteria phenomenon as “the outbreak could have started with one or two people falling ill with headaches or hearing problems, and those spread in a high-stress atmosphere and then amid talk of a ‘sonic attack’.”

One of the interviewed medical professionals went so far as to say it’s likely that experts within American intelligence understand the “mass hysteria” possibility quite well. According to Dr. Robert Bartholomew, author and widely regarded expert on outbreaks of mass hysteria:

None of this makes sense until you consider the psychogenic explanation… American intelligence agencies are the most sophisticated in the world, and they reportedly don’t have a clue as to what’s causing the symptoms. I will bet my house that there are agents in the intelligence community who have also concluded that this is a psychogenic event – but their analysis is either being repressed or ignored by the Trump administration because it doesn’t fit their narrative. Mass psychogenic illness is by far the most plausible explanation.

Meanwhile The Guardian questioned the US State Department about the possibility of functional disorders, to which a spokesperson responded: “We have no definitive answers on the cause or the source of the attacks on US diplomats in Cuba, and an aggressive investigation continues. We do not want to get ahead of that investigation.”

We will be to the first to confess that the idea that this could all be much ado about nothing based on some kind of psychosomatic self-induced mass hysteria and panic event would be an explanation perhaps just as wildly unexpected and “out there” as the high tech sonic device attack scenario. Either one sounds like it could be the plot line for some sci-fi movie or X-Files type series.