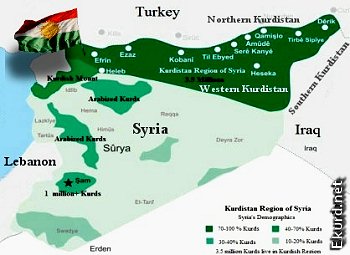 In a move that surprised many observers of the ongoing war for Deir Ezzor province, the US-backed Syrian Democratic Forces (SDF) handed over one of Syria’s largest gas fields to Russian forces on Thursday, possibly as the result of unprecedented direct talks between high ranking Russian officials and Kurdish leaders in Qamishli in northeastern Syria.

Conoco gas plant (also locally called Al-Tabiya, which is the plant’s main feeder field) lies on the eastern side of the Euphrates outside of Deir Ezzor city – which was recently liberated from ISIS as the Syrian Army and Russian forces approached from the west of the Euphrates. The Conoco field had been held by ISIS since 2014, and was taken by the SDF on September 23rd as the mainly Kurdish force advanced from the east. The now fast crumbling Islamic State relied on much of its financing through its prior consolidation over many oil and gas sites in the resource rich Deir Ezzor province. 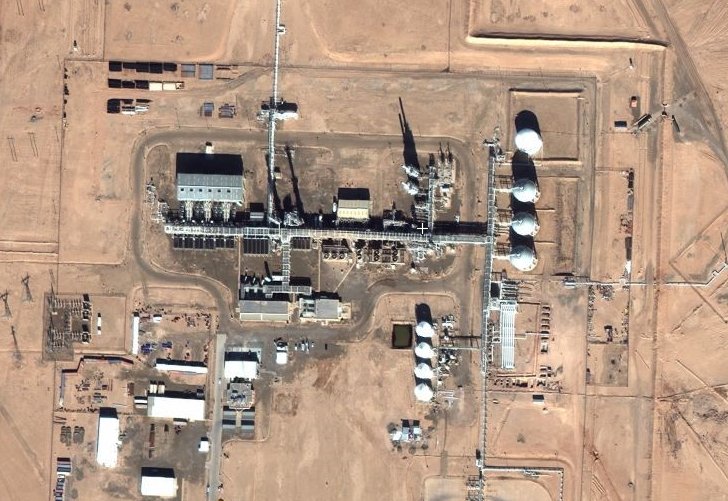 Above: overhead view Conoco/Tabiya plant. Below: Recent video footage taken after the US-backed SDF captured the facility from ISIS last month. ConocoPhillips founded it, yet is not currently associated with it (since 2005).

The gas field, which had the largest capacity of any in Syria prior to the conflict, is capable of producing 450 million cubic feet (13 million cubic meters) of natural gas per day. It is named for the American company which first discovered gas reserves and built a processing plant at the location, however, ConocoPhillips turned the facility over to the state-run Syrian Gas Company in 2005 and has no current association with it.

The information, disseminated by Syrian military reports, claims that an agreement has been brokered between Russia and the US-backed Syrian Democratic Forces whereby the Syrian government will be allowed to assume control over the gas field.

If true, then the scope of any backdoor agreements reached between Moscow and Washington regarding the transfer of energy assets held by Kurdish-led militias back to the rightful ownership of the Damascus government may yet encompass wider dimensions (i.e. future transfers) – although there is absolutely no evidence to suggest this is in fact the case.

Nonetheless, the unexpected transfer of the Conoco Gas Field by the SDF to the Syrian government does now raise questions as to whether or not the hitherto competition between the Syrian Arab Army and Kurdish-led militias to seize control of the much larger Al-Omar Oil Field from ISIS further south is still on.

On Wednesday the Russian Deputy Foreign Minister was spotted in the self-declared Kurdish autonomous zone of Rojava to meet with Kurdish and Syrian leaders in the northern city of Qamishli (based on Zero Hedge’s own sources, also confirmed by other analysts). It is very likely that Thursday’s Conoco gas field handover was the result of this historic, yet unofficial, face-to-face meeting.

Russian Deputy FM Mikhail Bogdanov is the Special Presidential Envoy for the Middle East – so whatever was discussed was no doubt huge. This follows last month’s “secret” and unprecedented US-Russia military to military meeting on Syria at a location somewhere in the Middle East.

Meanwhile, rapid developments in the region continue to point toward an eventual full Syrian-Russian military and strategic victory. As we explained previously, after Kirkuk city in Iraq came under complete Iraqi national control this week, the US is now forced to reconsider its presence in northeast Syria as Kurdish aspirations in Iraq were shut, and as the US was forced to side with Baghdad as the victor, along with other countries like Saudi Arabia, which quickly sent congratulations to the Baghdad government. It appears that national sovereignty will win out over what appeared to be a previous trajectory toward ethnic/sect based fragmentation in Iraq and Syria.

This week the US coalition announced that 98% of Raqqa city has been liberated from ISIS as the SDF continues to celebrate victory by raising its banners over the city. But now the question remains: if ISIS is now largely finished and clearly on the run, what will US military goals in Syria be if its ‘Operation Inherent Resolve’ was ostensibly all about defeating Daesh?

How do they celebrate victory in Raqqa?
With donuts, of course.
Same spot where IS did it’s victory laps three years ago. @BBCNews pic.twitter.com/QnhhFvWVxi

As we suggested before, Kurdish interests don’t lie with Washington but with Damascus, ready to establish a constructive dialogue with them if they stop being seduced by the US’ temporary interest in the Levant. So the Conoco field handover could mean that either the Syrian Kurds now see the writing on the wall (after observing events in Iraq) and know the US will eventually drop them (thus seeing the need to start directly dealing with Syria-Russia), or perhaps that the US has now been forced to save face and make good on its officially stated anti-ISIS goals.

In late September, US coalition spokesman Col. Ryan Dillon told Reuters: “From the coalition’s perspective it has not been a race, we are not in the land-grabbing business,” and added, “Our goal as I have said a dozen times is fighting ISIS. We don’t have a fight with the (Syrian) regime. We are not in a fight with the Russians. We are there to fight ISIS and that’s what we are going to do.”

It appears that the US could be forced to make good on these (initially empty) promises while making a “graceful” exit (the US will claim to have “defeated ISIS”). However, it remains true to that the US proxy SDF continues to hold vast Syrian energy resources, and US special forces still illegally maintain perhaps a dozen forward operating basesthroughout the country’s north.

US and Saudi “reconstruction” presence in Raqqa Province? Brett McGurk in Ayn Issa, Raqqa on Monday with the Saudi minister Thamer al-Sabhan (former Ambassador to Iraq, known to be extremely sectarian and anti-Shia.):

Though the US endgame continues to be the ultimate million dollar question in all of this, it appears at least for now that this endgame has something to do with the Pentagon forcing itself into a place of affecting the Syrian war’s outcome and final apportionment of power: the best case scenario for American power in the region being permanent US bases under a Syrian Kurdish federated zone with favored access to Syrian oil doled out by Kurdish partners, and we could now be witnessing the early phases of such negotiations.

But if indeed the Kurds are cutting separate deals with Russia, a US exit from Syria could be forced sooner rather than later.