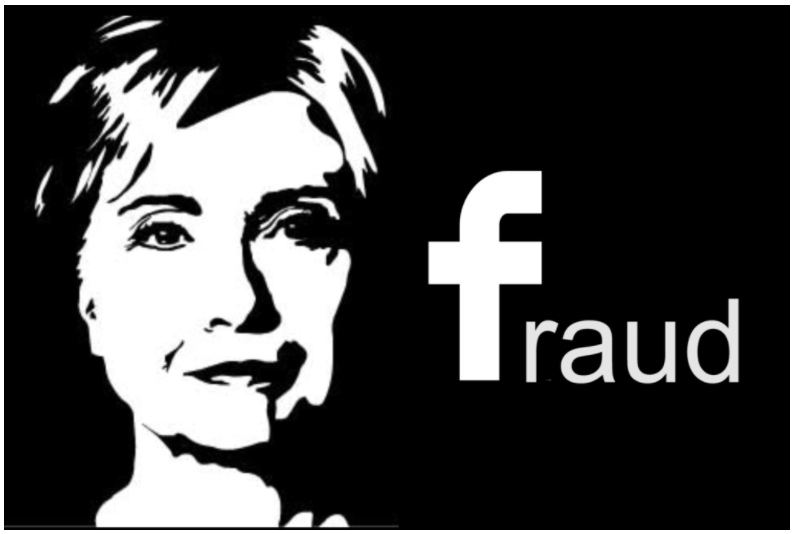 Oct. 26, 2017—On May 26, 2009, Russian oligarch Yuri Milner invested $200 million in Facebook private stock brokered by his Russian partner Goldman Sachs. Milner had worked for Obama’s 2008 bailout director Larry H. Summers when he was chief economist for the World Bank in the early 1990’s as a researcher along with Sheryl K. Sandberg, who later became Summer’s chief of staff at the U.S. Treasury, then started Gmail and is now Facebook’s chief operating officer. While Sandberg started Gmail for Google, Milner started Mail.ru. The intent to takeover global communications is evident in hindsight.

On Jun. 16, 2009, Hillary Clinton approved the Vladimir Putin-controlled ROSATOM to purchase 20% of America’s uranium reserves through Uranium One. The Clinton Foundation had already received more than $145 million in pay-to-play donations from Uranium One beneficiaries.

On Jun. 29, 2010, just two days after the Cisco/Intel/Google $1 billion donation, Moscow-based Renaissance Capital paid Bill Clinton $500,000 for a speech even though Renaissance was the lead analyst covering recommending a “buy” on Uranium One. On Mar. 30, 2011, Russian oligarch Yuri Milner overpaid $100 million for a gaudy mansion in the center of Silicon Valley in an ostentatious display of a rogue C.I.A.-inspired arrogance, after his $200 million private Facebook investment.

On Sep. 26, 2009, Hillary Clinton and the State Department entered into a secret contract with Facebook for $120,000 (GSA SAQMMA09M1870) to build “a template for winning elections using advanced Facebook marketing.” The next month, on Oct. 16, 2009, Hillary promoted Facebook on a video presentation to a U.S. State Department-funded Alliance for Youth Movements Summit in Mexico City. This contract was not known because Hillary had hidden it on her private email server in the basement of her house. It first came to light through the dogged work of Judicial Watch who obtained it in Apr. 03, 2014.

(NOTE: THE TIMELINE TAKES A FEW MOMENTS TO DOWNLOAD BECA– USE OF ITS FILE SIZE. IT’S WORTH THE WAIT!)

THIS COLLUSION WITH FACEBOOK WAS WANTONLY CRIMINAL ON MANY LEVELS.

While the case was preparing for trial, and despite four motions to compel, Mark Zuckerberg stonewalled providing his 2003-2004 Harvard computer devices and emails for review in the case. We now know that his attorneys at Gibson Dunn LLP had custody of 28 Harvard computer hard drives and emails. After stonewalling for a year, they lied to the court and said they had lost the information.

What Leader had no way of knowing was that Chandler was working intimately at the highest level with the Secretary for the Department of Defense’s Highlands Forum to weaponize the Internet. He held illegal private meetings with favored private companies to set policy on how the Internet would be controlled and profited from by the military-industrial complex.

This cabal of military-industrial complex criminals have used Leader’s invention for 17 years for free. Leader’s shareholders across the country are starting to file Miller Act Notice to demand that President Donald Trump pay them for using their property without compensation.

While Zuckerberg was openly lying to the court, Hillary Clinton and the State Department  entered into secret contracts with Facebook to build “a template for winning elections using advanced Facebook marketing.” These contracts were managed by “Dmitry Shevelenko” whose Russian background has been obscured by the shadow government.

In American courts, litigants have a solemn right to a fair trial. Litigants have the right to assume that no government representative will use their position of public trust to interfere in the case in favor of either side. When a government representative interferes in a case, that crime is called “obstruction of justice” for obvious reasons. Those interfering are attempting to influence the outcome of the case in favor of one of the parties.

In American public contracts, citizens have a solemn right to transparency regarding the spending of public funds. Except in special circumstances, government representatives may not use their position of public trust to favor certain private parties in uncompetitive contracts. When a government representative enters into no-bid contracts and colludes with the General Service Agency (GSA) to hide the existence of those contracts, that crime is called “fraud.” When such fraud involves parties across state lines, that crime is “racketeering.”

In conclusion, the crimes described above alone are enough by themselves to convict an average American of racketeering and treason. The evidence of these crimes come from Hillary Clinton’s private email server.

The Russian collusion nexus between Uranium One and Facebook election rigging is stunning.

Readers are encouraged to get this article to your elected representatives.

Ask them to: (1) pay Leader Technologies for the last 17 years of free use of their social networking invention that Hillary obstructed, and (2) prosecute Hillary and her racketeers for her Uranium One and digital election rigging racketeering and treason.