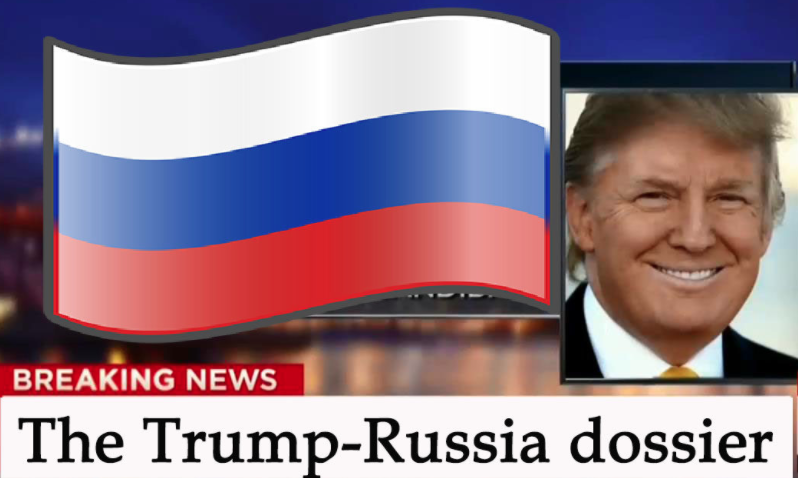 We know that a Republican presidential candidate (Jeb Bush?), Hillary Clinton, the Democrat Party and the Deep State are neck deep in creating and pushing the scandalous and fake “Trump dossier.” But what about Great Britain’s involvement?

On the campaign trail Donald Trump repeatedly proclaimed that he preferred a pivot in U.S. foreign policy that was growing increasingly hostile to Russia. Trump said he wanted détente, not war.

In the months before last November — while there was a slight chance that Trump would win the election — the Obama regime, the Clinton campaign and the Deep State saw the dossier as a means of slandering Trump so that SHillary’s path could be cleared once and for all. But the salacious dossier was so poorly sourced and poorly conceived that not even the SHillary-sympathizing media would touch it.

So Christopher Steel, the former British MI6 agent who produced the document, decided to try and get the FBI involved hoping they would open an investigation. Sources in the U.S. told the UK Telegraph that Steele spoke to officials in London to get permission to share the document with the FBI.

Mr Steele was hired to find information on Mr Trump by a Washington-based consultancy that was being paid by Republican opponents of the president-elect – the BBC claimed they were acting on behalf of fellow nominee Jeb Bush – and, later, by Democrats.

However, he decided the information was so sensitive that it should also be passed on to the FBI and to his old colleagues at MI6.

The Daily Telegraph was told during a meeting with a highly-placed source in Washington DC last October that the FBI had contacted Mr Steele asking if they could discuss his findings with him. The source said that Mr Steele spoke to officials in London to ask for permission to speak to the FBI, which was duly granted, and that Downing Street was informed.

Downing Street and the Foreign Office refused to comment, while security sources said that it would have been a “professional courtesy”, though not an absolute requirement, for Mr Steele to seek permission for a meeting with the FBI.

Once he had been given the all-clear, he met an FBI agent in another European country, where he discussed the background to the file he had compiled. His contact with the FBI reportedly began in July last year and ended in October, after he became frustrated by the  bureau’s slow progress.

Steele also got a copy of the dossier to Senator John McCain through a British ambassador. McCain later admitted that he passed the document on to the FBI.

The dossier was used to justify wiretaps of Trump campaign officials. By late October conventional wisdom held that SHillary was a shoe-in. The dossier then languished on the desks of FBI Director James Comey and Director of National Intelligence James Clapper.

That all changed when Trump won the election.

Clapper decided to (or was ordered to) brief President-elect Trump on the dossier’s existence. This provided the imprimatur the media needed to publish the scandalous document. First Buzzfeed and then CNN published the 35 pages, and the MSM piled on.

The document and false claims of Trump-Russia collusion form the impetus of the appointment of Robert Mueller to investigate the baseless Trump-Russia collusion charges. As a result of the dossier, the Trump campaign was wiretapped before and after the election and Russia became too toxic for Trump to continue his friendly overtures.

If Richard Nixon could go to China, and Ronald Reagan could go the Soviet Union at the height of the Cold War, why couldn’t Trump go to Russia and broker a peace. Isn’t peace a better alternative?

Not for the Deep State.