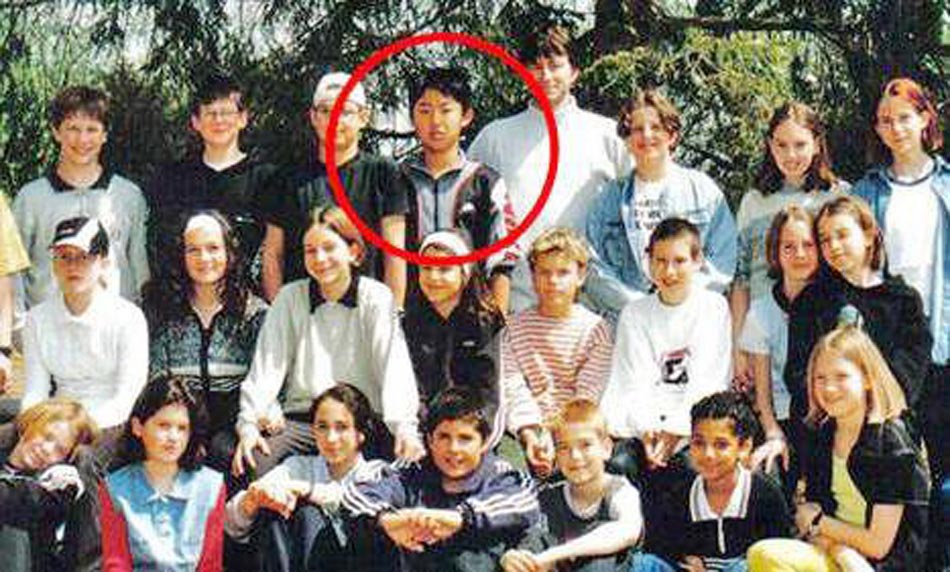 He is the heir poised to become the next leader of rogue state North Korea. But a probe into the school days of Kim Jong Un – youngest son of dictator Kim Jong Il – proves he is little more than an academic failure who squandered his education playing computer games and basketball.

The baby-faced 28-year-old first stepped out of his father’s shadow in September last year to appear in public in the capital Pyongyang as thousands of goose-stepping troops marched by to mark the 65th anniversary of the ruling Workers Party.

Kim Jong Un looked the part, dressed up in the uniform of a four-star general, and trained in the operation of the torture camps and punishment gulags which fill his blighted land. But the world will have to see whether his prolonged exposure to the west and its values during his school days in Switzerland have imbued him with any democratic values that might bring his decrepit and starving country back into the international fold after years of isolation. 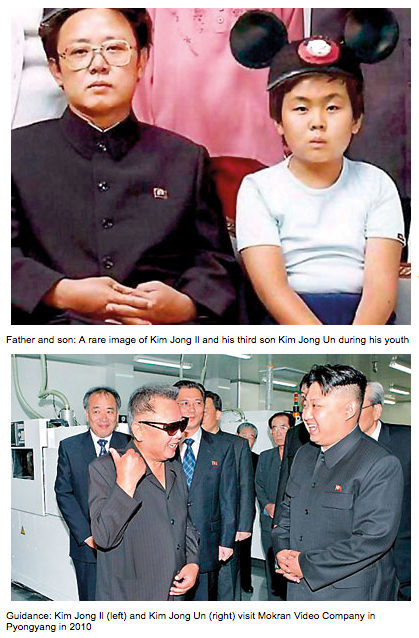 But the signs are not good. Despite having thousands of pounds lavished on his education at a top private school in Switzerland, he didn’t leave with even the equivalent of a single GCSE. When he was just 15 his father took him out of the costly International School Of Berne, where fees now cost around £16,000 a year. He moved him to a nearby state school to save money but he was quickly put in the lower tier in class.

Wearing Nike trainers, a Chicago Bulls sweatshirt and jeans, he was introduced to Class 6A by the headmistress of Liebefeld-Steinholzi School near Berne. She lied: ‘Boys and girls, this is Un Pak. He comes from North Korea and he is the son of a diplomat.’

Kim Jong Un took the empty seat next to Portuguese diplomat’s son Joao Micaelo and the pair became friends. Joao, who now works as a chef, said: ‘We weren’t the dimmest kids in class but neither were we the cleverest. We were always in the second tier.

‘Un tried hard to express himself but he was not very good at German and became flustered when asked to give the answers to a problem. The teachers would see him struggling ashamedly and then move on. They left him in peace.

‘He left without getting any exam results at all. He was much more interested in football and basketball than lessons.’ A big fan of star Michael Jordan, Kim Jong Un – who was once caught with a bondage pornographic magazine in his school bag – proved to be a good player on the basketball court.

He did shine at maths but nothing else in class, and schoolmates remember that he needed a lot of extra tuition.

One boy who was with him at the International School said: ‘It must have been 1993 when he came to the school. His English was bad at first. He had a strong accent and he was given extra lessons.

‘He also learned German and was OK in the basics of both – but just OK. His English got better but not his German.

‘He was good in maths. That sounds like he was a nerd – but he wasn’t. He wasn’t so hot in other subjects. I suppose in hindsight we could have nicknamed him Dim Jong-un. One day he just disappeared.’ According to school sources, his father got fed up paying for an education that he thought was going nowhere. But there may have been another reason – his son’s taboo love affair with American culture.

The North Korean Embassy in Berne sent back reports on his son’s friendships and influences to his father and intelligence chiefs back in North Korea. Joao said: ‘We spent nearly every afternoon with each other. He often invited me back to eat. He had a private chef who cooked whatever he wanted.

‘Much of it wasn’t to my taste. Lots of chicken in strange sweet-and-sour sauces. He didn’t live at the embassy but in a flat in a nice residential area near the school.’ He in fact lived in a large flat at No 10 Kirchstrasse, a sedate suburban street with two pizza cafes, a bank and a Co-Op supermarket.

He added: ‘He was surrounded by the best gadgets that the rest of us kids couldn’t afford – TVs, video recorder, a Sony PlayStation. He had a cook, a driver, a private teacher.

‘But, curiously, I never saw his room. We were mostly in the communal living room. We watched a lot of kung-fu films – especially Jackie Chan movies. He loved them. He had everything which we never saw coming close to our own cinema.

‘After school we met at the basketball court and threw a few baskets, with both of us pretending to be Michael Jordan. We were all envious of his genuine NBA basketball, which must have cost more than £100.

‘We spoke about girls and about our grand plans. At weekends there were parties and a lot of under-age drinking. But I never once saw a drop of alcohol pass his lips and he wasn’t interested in girls. ‘He only spoke about his life in the ‘homeland’ rarely. But I knew he had a certain homesickness. On his stereo he only played North Korean songs. Western music didn’t do it for him.

‘Most of all he listened to the North Korean national anthem, which we must have heard 1,000 times together. I only knew him in his alibi mode until one Sunday afternoon, shortly before he left for North Korea in 2000.’

‘He pulled out a photo of him alongside his father and said ‘I am not the ambassador’s son. I am the son of the North Korean President.’ One member of staff at the school, identifying himself only as Joerg, said: ‘We had these after-school discussion groups. I remember I was outside the school having a smoke when this black, armoured Mercedes with smoked glass pulled up.

‘Out stepped ‘Un Pak’. He was surrounded by these dwarf ninjas. They scanned the street and then led him up the path. ‘That night we talked about the responsibilities of democracy – you know, the right to vote, the right to a common voice, the importance of speaking out.

‘He never joined in. He looked down at his shoes all the time and fidgeted, never seemed easy. He was dipping into a bag from Loeb – that’s the fanciest delicatessen in Berne, the kind of place where you can spend 100 euros on a couple of salads.

‘And at that moment I thought of George Orwell’s novel Animal Farm where, truly, some are more equal than others.’