JPMorgan Ordered To Pay Over $4 Billion To Widow And Family 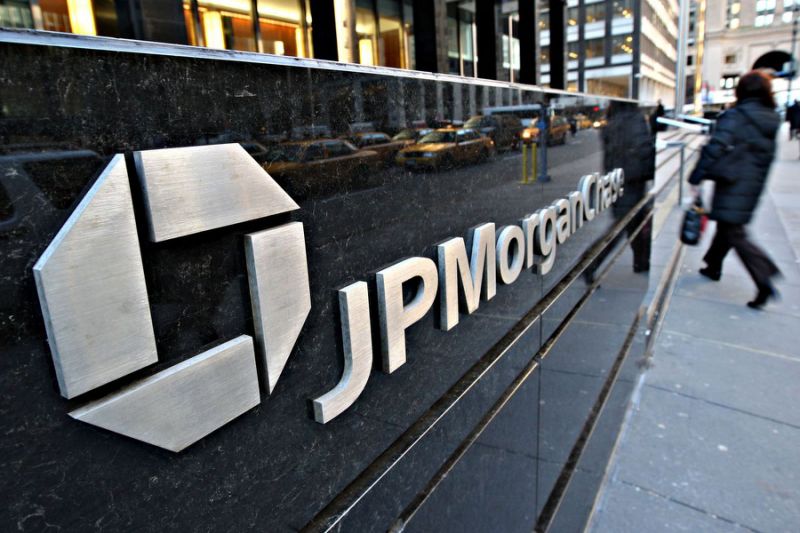 JPMorgan Ordered To Pay Over $4 Billion To Widow And Family

A Dallas jury ordered JPMorgan Chase to pay more than $4 billion in damages for mishandling the estate of a former American Airlines executive.

Jo Hopper and two stepchildren won a probate court verdict over claims that JPMorgan mismanaged the administration of the estate of Max Hopper, who was described as an airline technology innovator by the family’s law firm. The bank, which was hired by the family in 2010 to independently administer the estate of Hopper, was found in breach of its fiduciary duties and contract. In total, JP Morgan Chase was ordered to pay at least $4 billion in punitive damages, approximately $4.7 million in actual damages, and $5 million in attorney fees.

The six-person jury, which deliberated a little more than four hours starting Monday night and returned its verdict at approximately 12:15 a.m. Tuesday, found that the bank committed fraud, breached its fiduciary duty and broke a fee agreement, according to court papers.

“The nation’s largest bank horribly mistreated me and this verdict provides protection to others from being mistreated by banks that think they’re too powerful to be held accountable,” said Hopper in a statement. “The country’s largest bank, people we are supposed to trust with our livelihood, abused my family and me out of sheer ineptitude and greed. I’m blessed that I have the resources to hold JP Morgan accountable so other widows who don’t have the same resources will be better protected in the future.”

“Surviving stage 4 lymphoma cancer was easier than dealing with this bank and its estate administration,” Mrs. Hopper added.

Max Hopper, who pioneered the SABRE reservation system for the airline, died in 2010 with assets of more than $19 million but without a will and testament, according to the statement. JPMorgan was hired as an administrator to divvy up the assets among family members. “Instead of independently and impartially collecting and dividing the estate’s assets, the bank took years to release basic interests in art, home furnishings, jewelry, and notably, Mr. Hopper’s collection of 6,700 golf putters and 900 bottles of wine,” the family’s lawyers said in the statement. “Some of the interests in the assets were not released for more than five years.”

The bank’s incompetence caused more than just unacceptably long timelines; bank representatives failed to meet financial deadlines for the assets under their control. In at least one instance, stock options were allowed to expire. In others, Mrs. Hopper’s wishes to sell certain stock were ignored. The resulting losses, the jury found, resulted in actual damages and mental anguish suffered by Mrs. Hopper. With respect to Mr. Hopper’s adult children, the jury found that they lost potential inheritance in excess of $3 million when the Bank chose to pay its lawyers’ legal fees out of the estate account to defend claims against the Bank for violating its fiduciary duty.

Confirming that much of America does not hold Wall Street in high regard, the court’s verdict form showed that  jurors awarded $8 billion in punitive damages against the bank. Alan Loewinsohn, attorney for Jo Hopper, said in an interview there may be duplication of some of the damage findings. He asked the jury to take into account the bank’s worth and asked them for $2 billion in punitive damages. “I believe they used that figure for the other parties in the case as well,” he said.

As a result, he said, the punitive damage award could end up being “somewhere between $4 billion and $8 billion.” The verdict form also shows jurors were advised to consider factors including “the net worth of JPMorgan.” JPM has a market cap of about $330 billion.

At the lower end of that range, the jury’s award would erase almost two-thirds of the $6.6 billion profit that JPMorgan generated globally during the second quarter. According to Bloomberg, it would rank high among the largest sanctions ever levied against the bank – somewhere between the $2.6 billion it agreed to pay in 2014 for allegedly failing to stop Bernard Madoff’s Ponzi scheme, and a $13 billion settlement it reached with government authorities in 2013 for its handling of mortgage bonds that fueled the financial crisis.

“Mrs. Hopper asked the jury to send a message loud enough for JP Morgan to hear it all the way to Park Avenue in Manhattan,” said Loewinsohn, “Hopefully, that message has been received.”

Probably not: sadly for widow Hopper, she is unlikely to see the full award: large punitive damages verdicts like the one in the Hopper case are often scaled back because the U.S. Supreme Court has ruled they can’t be disproportionate to actual damages. In this case, the jury awarded less than $5 million in actual damages.

The bank said it acted in a professional manner and in good faith on Hopper’s estate and is “highly confident” the jury verdict won’t stand under Texas law.

“Clearly the award far exceeds any possible interpretation of Texas tort reform statutes,” Andrew Gray, a spokesman for the bank, said in an emailed statement. “There has been no judgment entered by the court based on this verdict.”