Trump has no choice but to have Mueller fired… 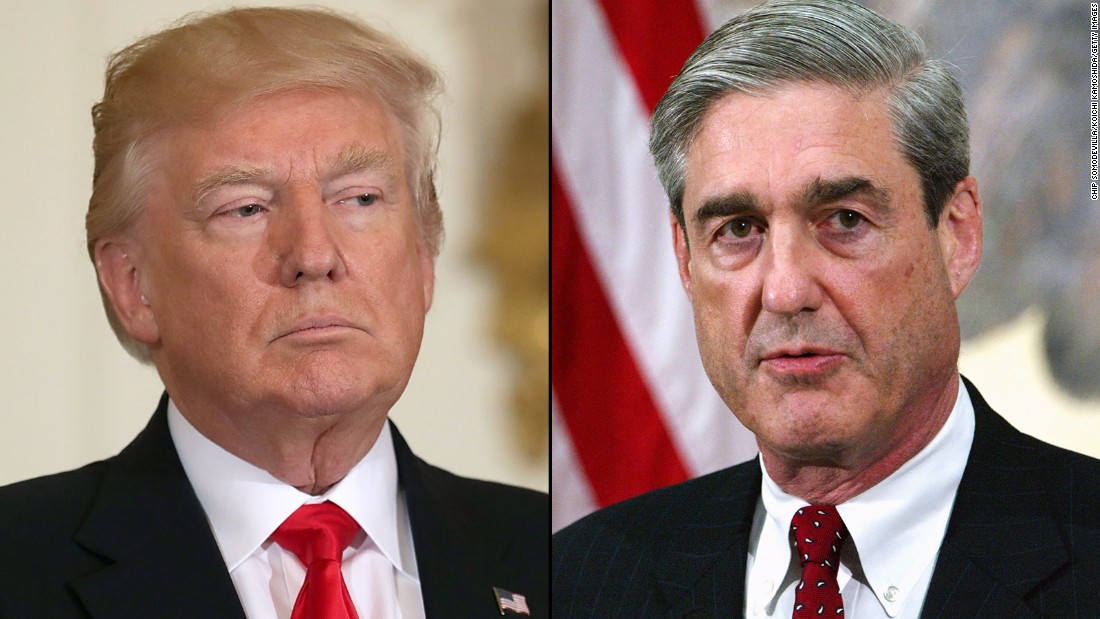 Trump has no choice but to have Mueller fired…

…and he better do it fast!

The writing is on the wall for everyone to see.

There have been a number of serious developments this week that are quite ominous for President Trump.

Just today the Senate is considering two bipartisan bills that will prevent Trump from terminating Robert Mueller as Special Counsel.  Even though Mueller has proceeded in an entirely biased and partisan manner, he is now being shielded by a treasonous Congress.  Senators Unveil Two Bipartisan Bills To Block Trump Firing Mueller

Before that occurred, Mueller had already begun impanelling a grand jury in the Russia probe.  The extraordinary speed of this process can mean only one thing—Deep State wants Trump removed from office…post haste!  Special Counsel Robert Mueller Impanels Washington Grand Jury in Russia Probe

Not only that, but Mueller has also put top officials at the FBI on notice about testifying.  Exclusive: top FBI officials could testify against Trump

All of these initiatives taken together reflect an intention to railroad Trump out of Washington, D.C. with all deliberate speed.  These agents of Deep State — and they are everywhere inside the Beltway — are not wasting any time.  The real question is: “Will Trump waste precious time?

That Trump signed the Russia sanctions bill demonstrated how much Congress has disempowered him.  That such an unconstitutional law was even passed shows just how loyal members of both chambers of Congress are to the ever-perfidious Deep State.  The whole lot of them have proven themselves to be traitors to the American Republic.

Perhaps Trump signed the illicit legislation targeting especially Russia (Democrats are determined to start a war based on false pretenses), because he knew it was so flawed that it would not stand up to a Supreme Court challenge.  Because that’s exactly where it’s now going!

If Trump’s strategy was to permit all of the seditious members of Congress to out themselves, then it worked perfectly as all but 5 congressmen did just that.  The legislation was the most illegal piece of word merchandising ever to be approved in the nation’s capital.  Truly, what a cowardly bunch of representatives.  Not only did these ignoramuses arrogate power unto themselves unconstitutionally, they unlawfully stripped the POTUS of powers inherent to the highest position in the land.

In so doing, the 115th Congress has clearly cut the profile of the most corrupt in U.S. history.  And it only gets worse by the day.  Surely, all the Founding Fathers are rolling in their graves at the sight of so much treachery and treason.  It was President George Washington who prophetically warned the American people of this eventuality during his farewell address.   As follows:

Donald Trump had better act fast if he is to save his administration.

The Deep State is on a VERY serious mission to remove Trump from the White House by whatever means necessary.

Make no mistake about it, the agents of Deep State will eliminate Trump himself, even by way of a violent coup d’état.

In view of the various rapidly evolving schemes, it’s imperative that Trump firm up his statutory power over the military as Commander-in-chief, as well as over federal law enforcement.  That would mean the FBI.

Trump already has the most important demographics on his side.  The militias, the gun owners, the NRA members, the hunters, the police forces, the blue collar workers and the many [ARMED] Trumpsters have his back like never before.  Hence, Trump needs to consolidate his lawful authority whenever necessary; and exert his influence in an extremely efficient manner from this point forward.  Here’s why: Deep State Determined to Take Out Trump, Only the American People Can Stop It