Sandy Hook Shooting: Top discussion on CBS! Then why did they censor this post? Sandy Hook Shooting: Top discussion on CBS! Then why did they censor this post?

Disqus: “Top discussion on CBS”! So why did CBS censor this post? Silly question!

To my astonishment, CBS has allowed a (largely unfettered) discussion to flourish in response to the “60 Minutes” rebroadcast of, “Return to Newtown, 4 Years Later”,which I have described as a “sob story” and demanded equal time, which has been reported by State of the Nation: 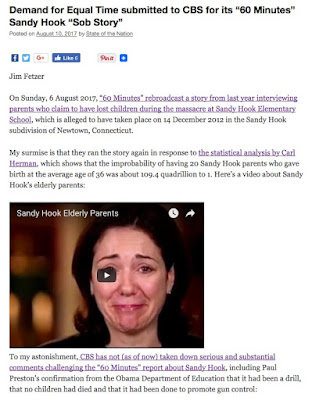 I am convinced that they repeated this program from a year ago as a response to the brilliant study by Carl Herman in relation to the ages of the Sandy Hook mothers, whose average age at birth was 36, ten years older than average, the improbability of which he calculated at 109.4 quadrillion to one. 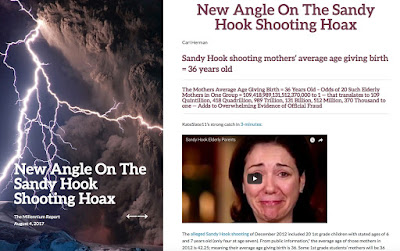 CBS, however unexpectedly, has not only allowed a discussion about Sandy Hook–to which I have now contributed some 20 comments!, where others, including Carl Herman and Winfield Abby, Ph.D., have also contributed, but Disqus sent out a blast to millions about it as a “Top Discussion on CBS”: 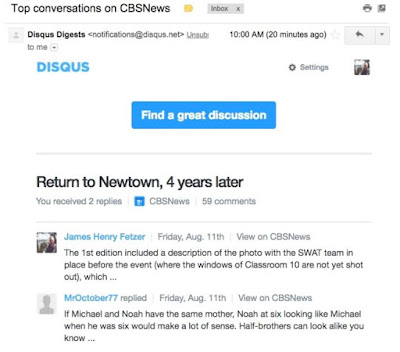 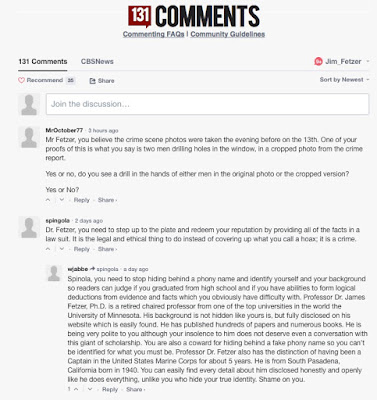 Here is what I submitted, which was “moderated” and rejected. There is nothing inflammatory, abusive or personal in this post: it is strictly factual, citing specific pages of the book amazon.com banned and I released as a pdf for free, which is easily downloaded from the internet. I protested and posted it again:

But of course the reasons could hardly be more obvious. Not only is this cast-iron, slam dunk proof that Sandy Hook was staged, but the author turns out to be a former Marine Corps officer, who had 15 DIs and 300 recruits under his command during marksmanship training! That’s a nightmare for CBS, which probably had no idea of my identify before allowing this exchange. Here’s Exhibit (26): 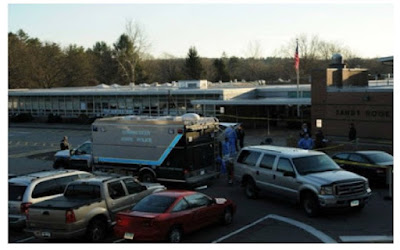 Notice the windows of Classroom 10 just above the roof of the SWAT vehicle, which are undamaged, proof that this was BEFORE the event, since they would be shot up AFTER (allegedly by Adam Lanza). That you can see Wayne Carver, Medical Examiner, leaning against a wall with arms folded is another plus–and that crime tape was up for a crime that has yet to be committed! The others: 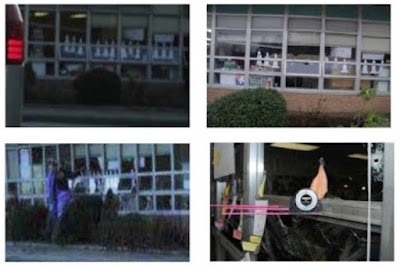 Exhibit (26) provides decisive proof that this was a staged event, which occurred with the complicity of the Obama administration, including Eric Holder, then Attorney General, Vice President Biden, Governor Malloy, the Connecticut State Police and other city officials, not to mention the fake parents and the fabricated children. Infowars actually used the image when it published about the book ban: 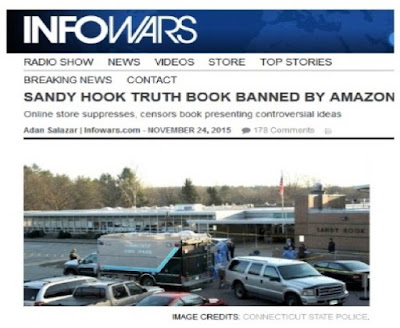 This story had accumulated 178 comments before it was taken down about 38 minutes after it had been posted. The reason has to have been the IMAGE CREDIT to the CONNECTICUT STATE POLICE, from whose files it was obtained. CBS did not allow my post about it to stand for 38 minutes, but deleted it as quickly as it could. That, however, does not appear to have been quickly enough.

Jim Fetzer, a former Marine Corps officer, is McKnight Professor Emeritus on the Duluth Campus of the University of Minnesota. He edited NOBODY DIED AT SANDY HOOK (2015).