LEAKERS BEWARE: DONALD TRUMP HAS UTTERLY DEFEATED THE DISLOYAL COTERIES OF THE US INTELLIGENCE COMMUNITY 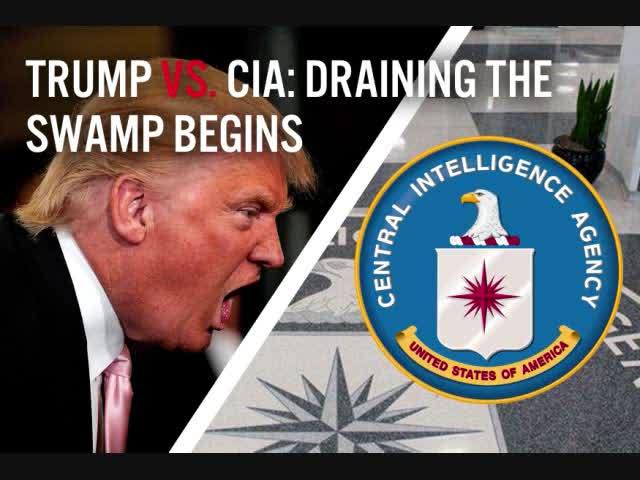 LEAKERS BEWARE: DONALD TRUMP HAS UTTERLY DEFEATED THE DISLOYAL COTERIES OF THE US INTELLIGENCE COMMUNITY

President Trump has defeated Democrats in the intelligence community (IC) who were leaking classified information to the press. Such leaks have been a problem for many presidents, but Trump is the first who took a proactive approach and set up a sting operation that identified the leakers. It’s highly illegal to leak classified information. It’s also illegal to PUBLISH this information, but Trump is too smart to try and prosecute reporters.

I thought that Trump would fire members of the IC until the leaks stopped, but the president solved the problem with a much more imaginative and deadly approach: He fed the IC false information. When this information was published, Trump was able to identify individual leakers.

Each group or individual who leaked was given a different version of events. This is CLASSIC spycraft. If nine individuals are told nine different stories, and then each of those stories is published, you know the identity of each person who talked to the press.

It’s called a “barium meal,” after the medical test used to detect problems in the gastrointestinal tract. Soft tissues don’t show up on X-rays. Barium salts are “radio-opaque,” meaning that they show up in a radiograph or X-ray.

Author Tom Clancy called it a “canary trap.” You give multiple sources multiple versions of events. When the sources repeat their version word for word, you can identify each leaker individually.

In World War II, “Magic” was the code name for the code-breaking done by the US Army’s Signals Intelligence Service (SIS) and the US Navy’s Communication Special Unit. Japanese military code was called “Purple.” Although Magic had been able to break much of Purple, some things were still a mystery.

Magic determined in early 1942 that the Japanese were close to carrying out a major attack. However, the location of the attack—which the Japanese called “AF”—could not be figured out. Therefore the Americans carried out a barium meal: Using an underwater cable, they contacted Midway Island, telling the base to broadcast a radio message “in the clear” that the desalinization plant had broken down.

The Japanese immediately sent a coded message to their forces that the desalinization plant at AF had broken down.

Now the Americans knew that the target of the impending attack was Midway Island. The greatest admiral in the US Navy—Frank Jack Fletcher—was sent out to meet the Japanese before they arrived. Fletcher was like Donald Trump. He was fearless and imaginative, a man who took massive but CALCULATED risks when given a nearly impossible job. He sank all four of the Japanese aircraft carriers, killing the most experienced officers, sailors, airmen, flight-deck facilitators, and mechanics. Japan never recovered, since there wasn’t enough time to train replacements.

Frank Jack Fletcher was the only flag officer who refused to be interviewed for the official US naval history of World War II. He said that his own actions were unimportant; all that mattered was what his men did. Winner of the Medal of Honor for his actions at the Battle of Veracruz (April 21-24, 1914), he died four days before his 88th birthday.

In law enforcement, officers must avoid “entrapment.” A potential criminal must decide to commit the crime him or herself. Officers can’t put the idea into the person’s head. If, for example, a person wants to hire a hit man to murder a spouse, a police officer will pose as a murderer. That officer will ask over and over, “Are you sure you want to do this?”

The officer will describe in detail what he’s going to do, as well as the consequences. The person hiring the hit man therefore makes an informed choice to commit the crime.

Donald Trump posed as a hit man. He made sure that the leakers in the IC knew that their actions were illegal. He WARNED them. Then he launched his sting.

Timeline of the leakers being identified August 17, 2016 – As the Republican nominee, Donald Trump received his first classified briefing by the IC. The briefing was prepared by Director of National Intelligence (DNI) James Clapper. Retired US Army General Michael Flynn sat in.

September 29, 2016 – Time magazine published classified information that the IC briefed Donald Trump that Russia hacked the Democratic National Committee (DNC). The source for this claim is an unidentified intelligence official.

October 7, 2016 – The Department of Homeland Security and Office of the Director of National Intelligence officially accused the Russian government of hacking of the DNC “to interfere with the US election process.”

November 15, 2016 – Donald Trump received his first presidential daily briefing (PDB). He was given highly classified information by members of the IC. Immediately the IC told the press that Trump demanded security clearances for his children. Trump denied the claim. General Michael Flynn sat in on the PDB.

December 9, 2016 – The IC told the press that Trump receives only one PDB per week, at his request. Initially the press did not report that Vice President Elect Mike Pence received the six other presidential daily briefings. Pence is very experienced in foreign policy, having brought multiple Israeli defense contractors to Indiana when he was governor.

The press also did not report the context for Trump receiving one PDB per week: Trump delegates responsibilities. Mike Pence will serve as the president’s surrogate in the foreign policy realm, freeing up Trump to concentrate on domestic policy.

Late December, 2016 – The FBI opened an investigation into the claims that Russia attempted to influence the 2016 US presidential election.

January 10, 2017 – The press began to write about a 35-page dossier put together by an alleged British former spy. The dossier claimed that Russia was attempting to blackmail Donald Trump through the use of sex tapes. Trump denied the allegation.

January 11, 2017 – Trump described his first sting. In order to identify the people leaking classified information to the press, Trump did not tell his staff that the IC was about to brief him. After the briefing, the news was leaked to the press. Trump was therefore able to identify the leakers. He warned them that this behavior is illegal.

January 11, 2017 – DNI James Clapper spoke to Trump by telephone about the leaks. Clapper issued a statement that the leaks are “extremely corrosive and damaging to our national security.”

January 23, 2017 – Having LISTENED TO THE TAPES, the FBI cleared General Michael Flynn of any wrongdoing in his conversations with Russian Ambassador to the US Sergey Kislyak. Flynn did not violate the Logan Act by attempting to influence US foreign policy.

February 2, 2017 – The IC leaked what it said were details of conversations between President Trump, Australian Prime Minister Malcolm Turnbull, and Mexican President Enrique Peña Nieto. Both Australia and Mexico denied media reports that the calls were acrimonious and that Trump made threats, was rude, and behaved badly.

February 8, 2017 – In an interview with the Washington Post, General Michael Flynn categorically denied having discussed sanctions with Russian Ambassador Sergey Kislyak. Thus we see that the Washington Post had been given classified information by the IC and wanted to get Flynn on record so that they could spring what they thought was a brilliant trap.

February 9, 2017 – The New York Times and the Washington Post published articles claiming that General Michael Flynn discussed sanctions with Russian ambassador Sergey Kislyak in December of 2016. The articles were very confusing and contradictory. From the Washington Post. From the New York Times. Why couldn’t the IC tell us if Flynn had broken the law or not? Because everyone had been given a different story.

General Flynn also knew he was being recorded. Therefore we can have no doubt that this was a sting operation coordinated between President Trump, Vice President Mike Pence, General Flynn, and the Office of the Director of National Intelligence (ODNI).

February 13, 2017 – The IC told the press that in late January, acting Attorney General Sally Q. Yates warned the White House that General Michael Flynn may be vulnerable to Russian blackmail, due to his conversations with Ambassador Kislyak. Yates based her opinion on “a report.” Sally Q. Yates is the first of the disloyal Democrats to be passed false information. She never listened to the actual tapes of Flynn’s conversations.

February 16, 2017 – Donald Trump gave a press conference in which he admitted to the sting. He said that the leaks are real, but the news is fake.

In other words, the ODNI fed the IC false information that the IC then blathered to the press. The ODNI did this in order to restore to President Trump complete control over the IC so that he can stop the “corrosive and damaging” leaks. Trump also said that the conversations with Australia and Mexico were “almost like a test.”

It’s also clear that General Michael Flynn helped create the barium meal or canary trap. The CIA hates Flynn due to his criticism of their incompetence. After the major leaks began in September of 2016, General Flynn, Trump, Pence, James Comey, and James Clapper hatched a plan to identify the leakers by giving them false information.

Flynn had to be fired so that the leakers and the press would continue their collusion. This means that Trump has even MORE evidence of their criminality, since they didn’t immediately stop. The firing of Flynn made them overconfident and careless.

Flynn was not fired against his will. For some reason people don’t understand that. I’m very surprised. Do you not grasp that Flynn CREATED this operation? The position of National Security Adviser is almost ceremonial. When the leaks began in September of 2016, it was FLYNN who crafted this sting. He hasn’t been sacrificed.

The proof is that Flynn never signed Trump’s pledge to not lobby for five years after leaving the Trump administration. That means neither Trump not Flynn intended for Flynn to be the actual National Security Adviser. Instead, Flynn is working behind the scenes to root out corruption in the IC.

Donald Trump said he thinks the leaks will stop. This is because the leakers are looking at very long prison sentences. Like Tom Cruise in The Firm, Donald Trump now knows everything.

It’s up to the IC whether or not Trump unloads his cargo of information or keeps it at sea forever.