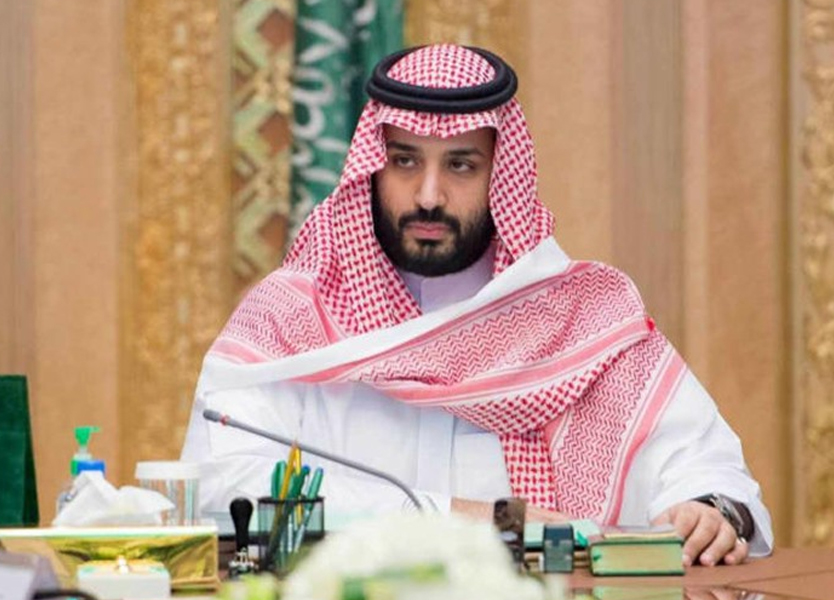 The Major Trouble in Paradise Caused By Saudi Crown Prince

Less than a month after the Saudi king stunned the world when on the morning of June 21 he unexpectedly announced a “historic shakeup” in which he removed the existing successor to the royal line, his nephew Mohammed bin Nayef – the country’s counterterrorism czar – and instated his eldest son, the 31-year-old Mohammed bin Salman and de facto “OPEC’s most important man” as Saudi Arabia’s crown prince, and following a surprising report ten days later that the “deposed” Mohammed bin Nayef has been barred from leaving the kingdom and confined to his palace in the coastal city of Jidda, the full story of what really happened in this transition of power has finally emerged.

As a reminder, the conventional timeline of this dramatic power transition focused on how “seamless” it was and unopposed:

In response to questions from The Times, a written statement by a senior Saudi official denied that Mohammed bin Nayef had been pressured and said that the Allegiance Council, a body of senior princes, had approved the change in “the best interest of the nation.”

As it turns out, nothing could be further from the truth of what really happened: as the NYT details, contrary to the widely-accepted narrative it was Mohammed bin Salman, or MBS as he is also called, who orchestrated his succession to power. His motive is clear: a massive power grab, or as the NYT writes, “the collection of so much power by one young royal, Prince Mohammed bin Salman, has unsettled a royal family long guided by consensus and deference to elders.

“You may have now such a concentration of power within one branch and within one individual who is also younger than so many of the cousins and sons of former kings that it may begin to create a situation where the family is out of whack,” said Kristian Coates Ulrichsen, a fellow for the Middle East at Rice University’s Baker Institute for Public Policy, who studies Persian Gulf politics.

Furthermore, a different image of the future Saudi ruler is starting to emerge:

Mohammed bin Salman’s supporters praise him as a hard-working visionary who has addressed the kingdom’s challenges with extraordinary directness. His programs, including increasing entertainment opportunities inside the hyperconservative kingdom, have won him fans among the two-thirds of Saudis who are younger than 30.

But his critics call him rash and power-hungry, saying he has entangled the country in a costly and so far failed war in Yemen that has killed many civilians, as well as in a feud with Qatar. Neither has a clear exit

Below are the key highlights from the report:

The young prince’s supporters have lauded his elevation as the seamless empowerment of an ambitious leader. But since he was promoted on June 21, indications have emerged that Mohammed bin Salman plotted the ouster and that the transition was rockier than has been publicly portrayed, according to current and former United States officials and associates of the royal family.

To strengthen support for the sudden change in the line of succession, some senior princes were told that Mohammed bin Nayef was unfit to be king because of a drug problem, according to an associate of the royal family. The decision to oust Mohammed bin Nayef and some of his closest colleagues has spread concern among counterterrorism officials in the United States who saw their most trusted Saudi contacts disappear and have struggled to build new relationships.

The rivalry between the princes began in 2015, when King Salman ascended the throne and bestowed tremendous power on his favorite son. Mohammed bin Salman was named deputy crown prince, or second in line to become king, as well as defense minister; put in charge of a powerful economic council; and given oversight of the state oil monopoly, Saudi Aramco.

Mohammed bin Salman elevated his profile with visits to China, Russia and the United States, where he met with Mark Zuckerberg, the Facebook chief executive, and dined with President Trump in the White House. He has also guided Vision 2030, an ambitious plan for the future of the kingdom that seeks to transform the Saudi economy and improve life for citizens.

The prince has risen at the expense of his elder relatives, including Mohammed bin Nayef, 57. As the head of the Saudi Interior Ministry, Mohammed bin Nayef led the dismantling of Al Qaeda in the kingdom after a deadly bombing campaign a decade ago. While he kept a low public profile, even after becoming crown prince in 2015, his work won him allies in the United States and other Western and Arab nations.

But while his removal struck many as sudden, it had been planned out.

On the night of June 20, a group of senior princes and security officials gathered at the Safa Palace in Mecca after being informed that King Salman wanted to see them, according to United States officials and associates of the royal family. It was near the end of Ramadan, the Islamic holy month, when Saudis were preoccupied with religious duties and many royals had gathered in Mecca before traveling abroad for the Eid al-Fitr holiday. That made it advantageous for a change, analysts said, like a coup on Christmas Eve.

Before midnight, Mohammed bin Nayef was told he was going to meet the king and was led into another room, where royal court officials took away his phones and pressured him to give up his posts as crown prince and interior minister, according to United States officials and an associate of the royal family. At first, he refused. But as the night wore on, the prince, a diabetic who suffers from the effects of a 2009 assassination attempt by a suicide bomber, grew tired. Meanwhile, royal court officials called members of the Allegiance Council, a body of princes who are supposed to approve changes to the line of succession. Some were told that Mohammed bin Nayef had a drug problem and was unfit to be king, according to an associate of the royal family.

For years, close friends of Mohammed bin Nayef had expressed concern about his health, noting that since the assassination attempt, he had experienced lingering pain and shown signs of post-traumatic stress disorder. His condition led him to take medication that some friends worried he had become addicted to.  “The weight of the evidence I have seen is that he was more injured in the assassination attempt than was admitted and that he then got onto a pain killer routine that was very addictive,” said Bruce Riedel, a former Central Intelligence Agency officer and director of the Intelligence Project at the Brookings Institution. “I think that problem got progressively worse.”

One American official and one adviser to a Saudi royal said Mohammed bin Nayef opposed the embargo on Qatar, a stand that probably accelerated his ouster.

Mohammed bin Nayef then returned to his palace in the Red Sea port city of Jidda, and he was barred from leaving it.

Also confined to his home was Gen. Abdulaziz al-Huwairini, a colleague of Mohammed bin Nayef who was crucial to the security relationship with the United States, according to current and former United States officials.

Days later, C.I.A. officials briefed the White House on their concern that the ouster of Mohammed bin Nayef and the possible removal of General Huwairini and other security officers could hamper intelligence sharing, United States officials said.

Now that MBS is in charge, the big question is how much support there is for his elevation to Saudi’s ruler-in-waiting: according to the NYT, the answer as of this morning remains unclear. “Saudi state news media reported that 31 of the 34 members of the Allegiance Council supported the change, but analysts said many royals are hesitant to vote against the king’s wishes.”

However, in what may be the sign of early trouble, some US officials and well-connected Saudis told the NYT there are rumblings of discontent, and analysts have pointed out hints. “Neither King Salman nor his son attended the Group of 20 summit meeting in Hamburg, Germany, even though one of the two men had attended each of the last three meetings. Analysts say that family disputes may have kept the men at home or that they did not want to face criticism for the isolation they and three other Arab states imposed on Qatar.”

Saudis shocked by the changes say they have a lot to lose if splits within the family spill into the open and destabilize the kingdom.

“It’s not like people are going to go out on the street and say, ‘We want M.B.N.,’ ” said one associate of the royal family, using Mohammed bin Nayef’s initials. “We want this family. We want to preserve them as best we can.”

For now Saudi Arabia – and mostly the royal family – has managed to keep a calm facade, slamming every report that the crown prince transition was anything but seamless and well-orchestrated. However, it appears that behind the scenes the tensions inside the world’s largest oil producer are rising. Meanwhile, we remind readers of another potential geopolitical shock: as Petromatrix’ Olivier Jakob wrote shortly after the Saudi shakeup, “with MBS now having greater control of Saudi Arabia… it is not really a question of if but rather of when a new escalation with Iran starts.”