Roswell UFO Incident and the Top Secret Einstein-Oppenheimer EBE Document of 1947— How are they related?

Roswell UFO Incident and the Top Secret Einstein-Oppenheimer EBE Document of 1947— How are they related?

Why was the following top secret document dated June 1947 from Einstein and Oppenheimer drafted a month before the Roswell UFO Incident?

The following paper was drafted by Albert Einstein and Robert Oppenheimer of Manhattan Project fame in June of 1947, just days before the famous Roswell UFO Incident. The official military press release was issued  on July 8, 1947 by Roswell Army Air Field (RAAF) public information officer Walter Haut.   The concerned “Crashed UFO” was referred to as a “flying disc” in newspaper accounts across the USA.

What follows is a very curious paper authored by both Einstein and Oppenheimer under the title: “Relationships with Inhabitants of Celestial Bodies”.
https://secureservercdn.net/198.71.188.149/4cd.eb7.myftpupload.com/wp-content/uploads/2017/07/Oppenheimer-Einstein-EBE-Document.pdf

Here is the fist page of the aforementioned document: 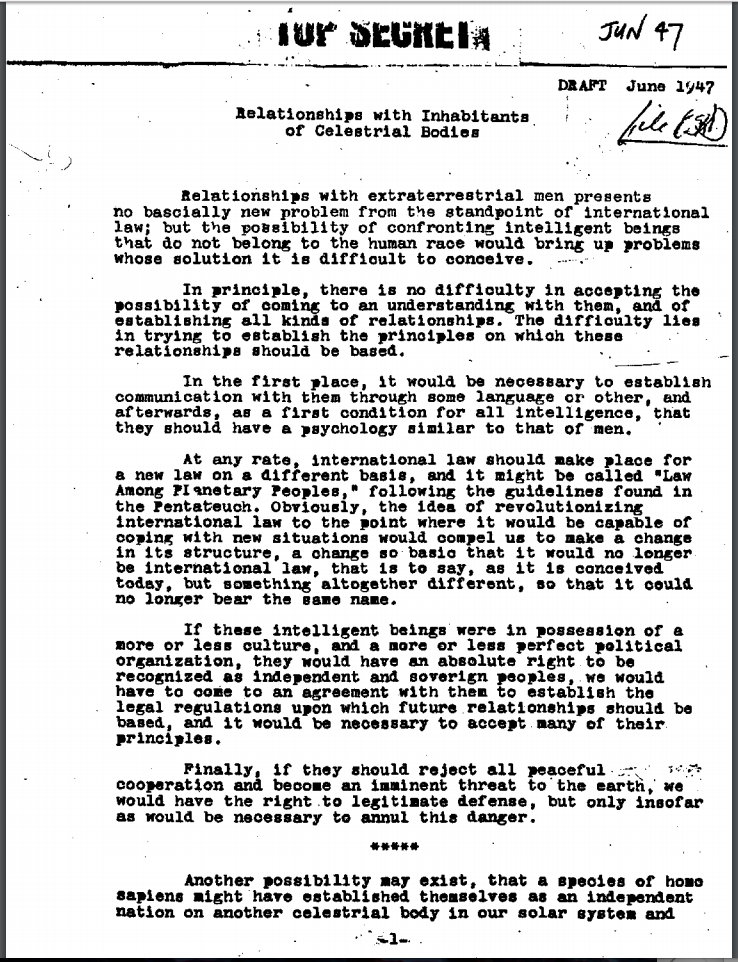 So, the $64,000 question is what precipitated the unorthodox paper from the two Manhattan Project collaborators in the first place. And why was it really drafted a few weeks before the world renowned Roswell Incident?

Just asking … … … during this year marking the 70th anniversary of both extraordinary events!