Really? Is this the best they can do? A policeman kills a pajama-clad woman after ‘hearing loud noise’! 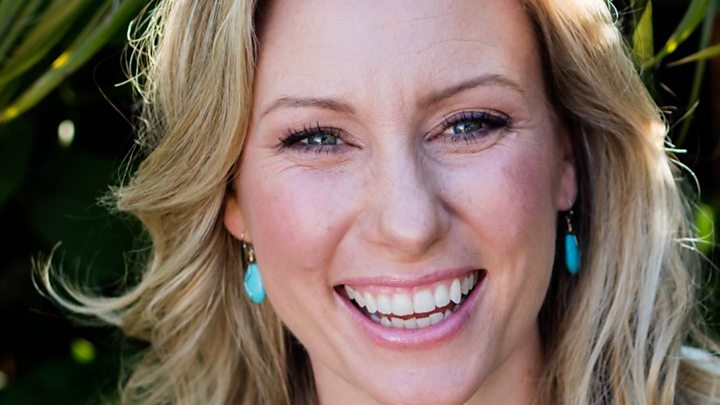 “Justine should be here. This shouldn’t have happened”

Really? Is this the best they can do? A policeman kills a pajama-clad woman after ‘hearing loud noise’!

A Minneapolis police officer whose partner shot an Australian woman was “startled by a loud sound” just before the incident, investigators say.

Justine Damond, originally from Sydney, was gunned down after calling police to report a possible crime.

On a police radio recording, an officer mentions fireworks being let off near where the shooting happened.

Australian Prime Minister Malcolm Turnbull has said he wants answers from the US over the killing.

“It is a shocking killing, and yes, we are demanding answers on behalf of her family,” he told Australian TV.

The shooting occurred as 40-year-old Ms Damond, dressed in her pyjamas, approached the driver’s side door to talk to the officer at the wheel after police arrived.

Officer Mohamed Noor, who was sitting in the passenger seat, fired his weapon across his partner and through the driver’s side window, striking Ms Damond, the Minnesota Bureau of Criminal Apprehension (BCA) said.

Officer Noor has refused to speak to investigators and US authorities say they cannot compel him to give a statement.

But the BCA said that Officer Matthew Harrity, who was driving the car, had told investigators that Ms Damond had come towards the car immediately after he heard a loud sound.

After the shooting, the officers are heard on the police radio recording telling dispatchers they are performing CPR and that “no suspects are at large”.

State investigators say the officers failed to activate their body or dashboard cameras and both officers have been placed on administrative leave.

Why weren’t the cameras on?

Minneapolis police are required to switch on their body cameras only during certain encounters, unlike in Los Angeles or Washington DC, where cameras must be switched on for any response to a call for service.

Instead, there are more than a dozen situations in which cameras should be used, according to the police manual, which adds that failure to use the camera could result in job termination.

“If a BWC [body-worn camera] is not activated prior to a use of force, it shall be activated as soon as it is safe to do so,” reads the manual.

Hennepin County Attorney Mike Freeman has said he will personally decide whether to charge Officer Mohamed Noor, rather than put the question to a grand jury.

Officer Noor, who has been described by local media as a Somali-American, has been with the police force for two years.

A statement from his lawyer said he had arrived in the US “at a young age” and described him as “a caring person with a family he loves and he empathised with the loss others are experiencing”.

Ms Damond, born Justine Ruszczyk, studied to be a veterinarian before relocating from Sydney to the US, where she is believed to have been for at least the last three years.

According to her website, she was a “qualified yoga instructor, a personal health and life coach and meditation teacher”.

Speaking in Sydney, her father John Ruszczyk said: “Justine was a beacon to all of us, we only ask that the light of justice shine down on the circumstances of her death.”

Two victims in the Twin Cities

Ms Damond’s death comes a year after Officer Jeronimo Yanez shot Philando Castile, a black man, during a traffic stop in St Paul – the twin city of Minneapolis – in an incident live-streamed on Facebook by his girlfriend.

Mr Castile had told the officer that he was licensed to carry a concealed weapon and was reaching for his wallet to get his driving licence out when he was shot, his girlfriend said on the video.

On Wednesday morning, hundreds of people gathered for a dawn vigil at a Sydney beach to honour Ms Damond.

In silence, attendees including her family and friends lit candles and released pink flowers into the ocean.

“We are here to come together as a community around our beautiful Justine, to honour her life, share our love and mourn her death,” Ms Damond’s family said in a statement ahead of the vigil.