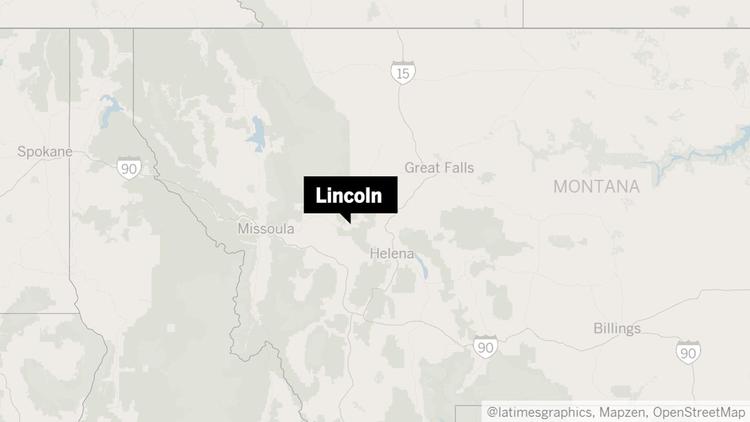 A rare magnitude 5.8 earthquake has struck western Montana, briefly plunging a town into darkness and powerful enough to knock down shelves and break glass, the U.S. Geological Survey said.

This is the largest earthquake in Western Montana in the past 20 years, said USGS geophysicist Robert Sanders.

“It’s not impossible, but it is a very rare event,” Sanders said. 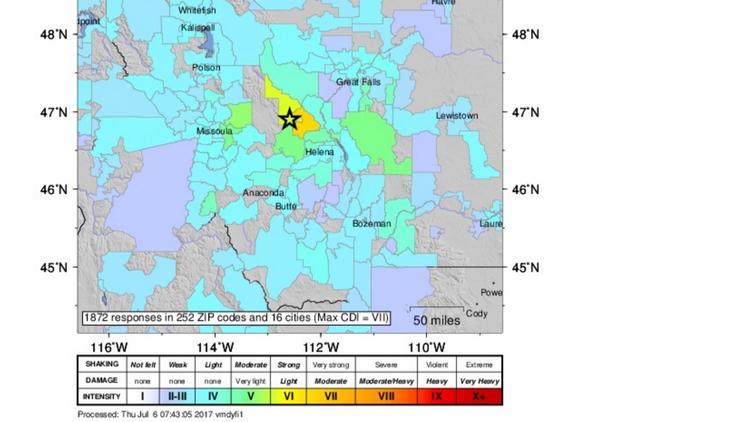 A map of the shaking intensity felt by people living in Montana, as reported to the U.S. Geological Survey’s “Did You Feel It?” website. The strongest shaking was recorded at intensity level 8 closest to the epicenter, which people reported as “severe shaking.” (USGS)

The earthquake was felt as far away as Spokane, Wash., Boise, Idaho, and Calgary in Canada, Sanders said. More than 10,000 people reported feeling the earthquake, with people closest to the epicenter reporting shaking as strong as intensity level 8 — capable of causing significant damage.

There were no immediate reports of severe damage, however, although locals will get a better sense of damage after daylight breaks, Sanders said.

The earthquake struck at 12:30 a.m. Mountain Daylight Time Thursday in Montana, and was followed by aftershocks in the magnitude 3 and 4 range over the next hour.

A National Weather Service office in Montana said it had received a report of a gas leak in Helena, the state capital, and things falling off walls in Great Falls. Helena was estimated to have a shaking of intensity level 4, or light shaking that can awaken people and cause dishes and windows to rattle, causing some to feel as if a heavy truck struck a building.

A 76-year-old resident of Helena, which is about 34 miles away from the quake’s epicenter, told the Associated Press the earthquake was the strongest seismic activity that he had ever felt.

The earthquake was about 6 miles southeast of Lincoln. First report has it as a 5.8 mag. Some things fell of walls in Great Falls. #mtwx

1:08 AM: Lewis & Clark County sheriff reports power out in Lincoln & one gas leak in Helena from quake. #MTWX

Ray Anderson said his wife told him the temblor woke up the dogs.

The AP reported that electricity had been restored to the town of Lincoln, population 800, after suffering a power outage. Lincoln is about three miles away from the epicenter.

There have been two other earthquakes in Montana greater than magnitude 5 in the past two decades. There was a magnitude 5.6 in 2005 and a magnitude 5.1 in 1999, Sanders said.

Thursday’s Montana earthquake is unrelated to an ongoing earthquake swarm northwest of Yellowstone Lake, Sanders said. The swarm has been going on for a little over two months, with the largest a magnitude 4.5. But most have been very small, recording in magnitude of 0.5 or 0.6, which are typical in places like Yellowstone every few years, Sanders said.

Yellowstone is home to an active volcano; it last produced a lava flow about 70,000 years ago.

Yellowstone is having aftershocks to a M4.4 last Friday. Regions near volcanoes typically have extended aftershock sequences. It's normal https://t.co/PAeefWdrmG