Is Anthony Scaramucci really playing his part in a counter US intelligence PsyOp? 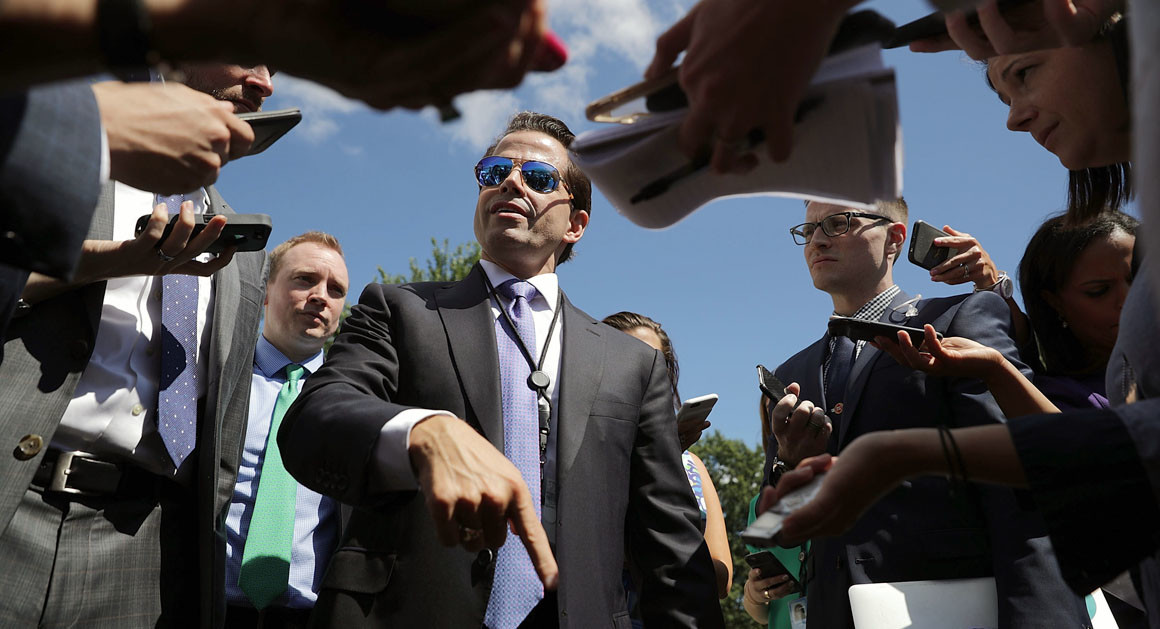 Is Anthony Scaramucci really playing his part in a counter US intelligence PsyOp?

Scaramucci proves lack of fitness to serve the POTUS,
but does his performance have a deeper purpose?

What else can be said about his first week on the job.
He said it all, and now deserves a pink slip.

The last thing this administration needs right now is a
hot-headed Italian-American—in charge of the White House
Communications Department (WHCD).

Yes, he’s got the necessary fire in the belly to do the
toughest job in America… … …
but his fire may end up burning down the West Wing,
before it burns down the White House.

Scaramucci’s Passion Got ‘the Best of Him’

This president cannot afford the mistakes and wasted
time of an amateur. Everything Anthony Scaramucci
has done — and not done — thus far smacks of a real
greenhorn. How’s this for a humdinger of a tweet:

“I Made a Mistake Trusting a Reporter”[1]

Regardless, this millionaire needs to go back being a
businessman as he has no business in the Executive
Branch of the U.S. Federal Government.

You really gotta laugh at this whole exercise in
comic relief!

Things were getting really serious with the very public
AG Sessions brouhaha and along comes Anthony
Scaramucci whose job it is to tamp down the tumult.
Instead, the fresh-looking prom king let’s loose with a
firehose spraying gasoline on a conflagration that has
seen one crash & burn after another for months now.

Really, how do you profoundly offend the two most powerful
advisors in the White House–Bannon and Priebus?

Who doesn’t know that you NEVER criticize the Chief
of Staff in public, or in private—they’re the COS for
heaven’s sake!  You just don’t do that for both obvious
political and personal reasons.

Incidentally, there’s now very good reason to understand
the back story as to why Sean Spicer quit his Press Secretary
job right after he heard that Scaramucci was being appointed
as WHCD.

Sean Spicer Resigned Because of the Scaramucci WHCD Appointment

Sean was a real straight shooter and will be sorely missed
as no other WHPS in U.S. history.

As for Anthony Scaramucci, he’s already scared the dickens
out of half the White House Press Corp so his surname is not
very comforting.  Neither is his nickname—the Mooch.

Who is Anthony Scaramucci? ‘The Mooch’ profiled (Video)

Let’s face it, President Trump is a master of drama, as well
the “Drama King”.  Whether these different dramas that pop
up every day are spontaneous or by purposeful design is
anyone’s guess. Nevertheless, you know that these daily
productions are somehow working together to bring about
a slo-mo and ever-so-controlled demolition of Deep State.
HOORAY !

To the point: It does appear that this little Scaramucci
episode has Director Trump written all over it.  It’s hard
to believe that such an obvious melodrama was not scripted
well in advance.  And choreographed with deliberate precision.

As for the true intention, who doesn’t know that the White House
has been infested with rats for several decades?  How else
to get them to scatter but to sick a ‘crazy’ Italian on them!
Especially a New York Italian-American whose family is
originally from Gualdo Tadino—perhaps the most conquered
and resilient city in all of Italy.

[1] New Scaramucci Tweet: ‘I Made a Mistake Trusting a Reporter’