HUGE WAR RAGING INSIDE THE WHITE HO– USE: Leakers must be prosecuted 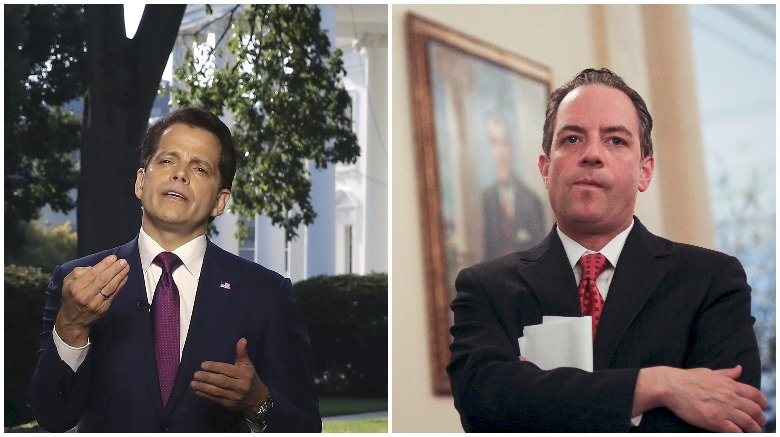 HUGE WAR RAGING INSIDE THE WHITE HO– USE: Leakers must be prosecuted now

White House Communications Director Anthony Scaramucci set of a firestorm of speculation last night with a now deleted tweet following a Politico article containing information he claimed was leaked – revealing his net worth at $85 million. 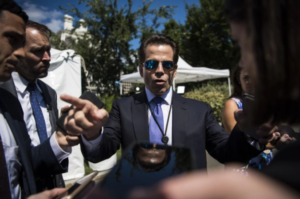 Scaramucci stated that he “will be contacting @FBI and the @TheJusticeDept #swamp @Reince45,” oddly tagging White House Chief of Staff Reince Priebus.

In response, Twitter exploded with rumors that Priebus was a White House leaker – an implication which Ryan Lizza of The New Yorker (and contributor to CNN) somehow confirmed.

In case there's any ambiguity in his tweet I can confirm that Scaramucci wants the FBI to investigate Reince for leaking.

30 minutes later, another “blue check” Twitter user – Josh Kraushaar from National Journal, tweeted “@RyanLizza reports on CNN that Mooch already contacted the FBI about Reince // not just a threat (as he said in tweet).”

.@RyanLizza reports on CNN that Mooch already contacted the FBI about Reince // not just a threat (as he said in Tweet)

However, as speculation reached a fevered pitch, Scaramucci – who keeps his phone at 100% charge – poured cold water over the hopes and dreams of everyone who hates Reince, tweeting “Wrong! Tweet was public notice to leakers that all Sr Adm officials are helping to end illegal leaks. @Reince45” 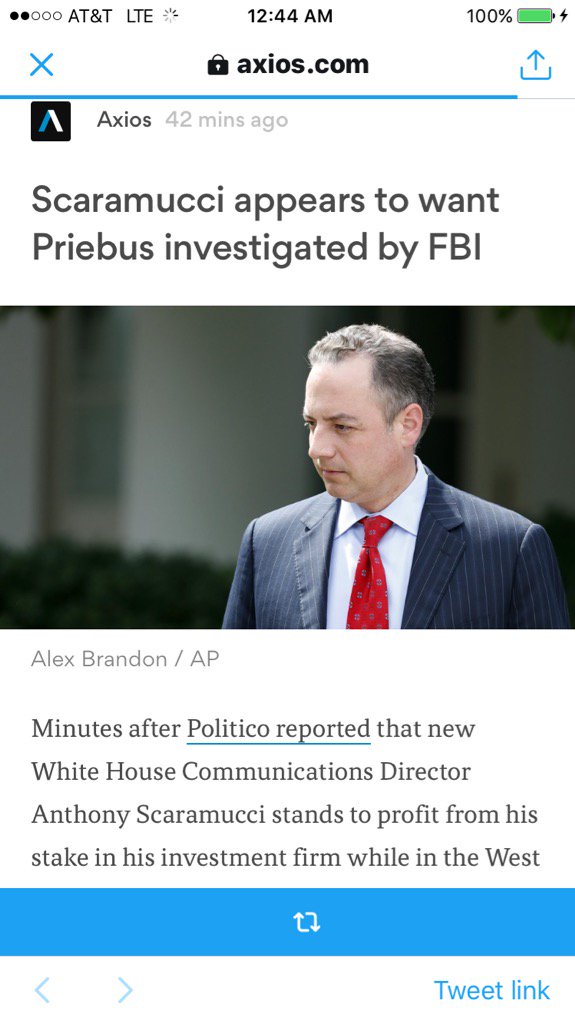 Wrong! Tweet was public notice to leakers that all Sr Adm officials are helping to end illegal leaks. @Reince45

While Scaramucci said the ‘leak’ of his financial disclosure form was a “felony,” The New York Times reported that the document, filed on June 23, could have been released July 23 upon a journalist’s request. When reached for comment as to why he thought there was an illegal leak, Scaramucci told the NYT “They aren’t in process yet.”

Hannity interview – and then dinner?

Earlier in the evening, Scaramucci appeared on Fox News with Sean Hannity to discuss the leaks, where he said that the leaks were actually orders from senior officials handed down to underlings.

One of the big problems here that I’m discovering in the comms team is that senior people are really the guys doing the leaking, and they ask junior people to leak for them. So, I’m very proud to be reporting directly to the president so that I can hermetically seal off the comms team from this sort of nonsense.

You and I both know that there are political holdovers from the Obama administration that want to put a hurt on the Trump administration, so we have to sort of move quickly there as well. -Anthony Scaramucci

In response to Scaramucci’s appearance on Hannity, the DOJ issued this statement:

And in yet another ‘leaked’ tidbit from earlier yesterday, Ryan Lizza also reported that president Trump, Sean Hannity, Bill Shine, and Anthony Scaramucci had plans to eat dinner together last night.

Don’t read too much into it, but apparently Reince wasn’t there…