Clinton ‘Suicides’: You Can Add Two More Names To That List Of Suspicious Deaths 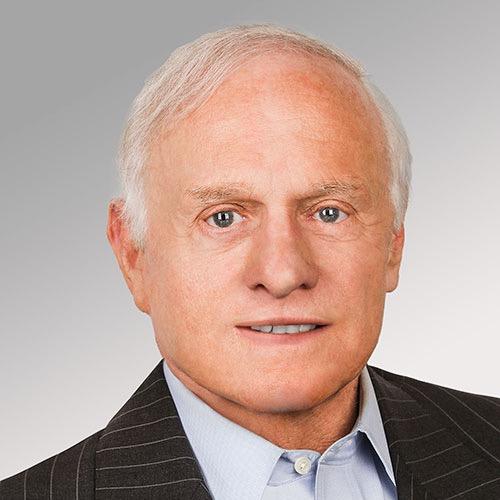 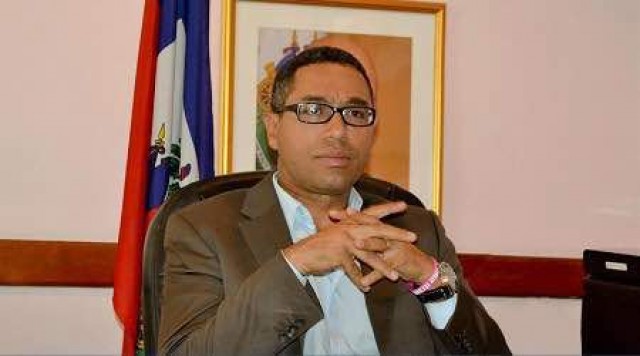 Clinton ‘Suicides’: You Can Add Two More Names To That List Of Suspicious Deaths

The Clintons have raised eyebrows for how many people who might have ‘dirt’ on them happen to die untimely deaths.

It is possible that they are nothing more than what is claimed: two unfortunate souls who decided to end their lives.

On the other hand, what went with them to their graves will (naturally) fuel a certain amount of speculation, especially among those who think the Clintons capable of great evil.

To the point: Two men were recently found dead. It was called suicide in both instances. Both had (or claimed to have) information potentially damaging to the Clintons. And they have both carried any secrets they may have had to the grave.

The two men in question are Klaus Eberwein and Peter W. Smith.

The former was a Haitian official, scheduled to testify concerning Fraud and Corruption in the Haiti Earthquake relief.

The latter claimed knowledge about the missing Clinton emails, and who was ‘really’ responsible for the Russian hacking — NOT the Russian government.

Both have been found dead.

Klaus was found dead in a Miami hotel.

Klaus Eberwein, a former Haitian government official who was expected to expose the extent of Clinton Foundation corruption and malpractice next week, has been found dead in Miami. He was 50.

Eberwein was due to appear next Tuesday before the Haitian Senate Ethics and Anti-Corruption Commission where he was widely expected to testify that the Clinton Foundation misappropriated Haiti earthquake donations from international donors.– Read More

If you’re new to the Clinton-Haiti controversy, this will get you up to speed.

According to Miami-Dade’s medical examiner records supervisor, the official cause of death is “gunshot to the head“. Eberwein’s death has been registered as “suicide.”

The Miami Herald also referenced both his death by gunshot in a Hotel and his scheduled testimony next week.

The second death also ruled ‘by suicide’ has provoked wild theories on BOTH sides of the political spectrum.

Peter W. Smith was from Chicago, 81 years old, and a Republican partisan.

He had a history of digging up dirt on political opponents, the Clintons included.

Originally his death was chalked up to old age, or natural causes, including a lead reporter for the case, stating on a podcast that he had no reason to suspect foul play, and that it was likely natural causes. (Hold that thought.)

He was part of an effort to expose the real culprits behind the hacking everyone is talking about, and implicated a company called Crowdstrike, and it’s Russian founder Dmitri Alperovitch.

(Is anyone else wondering why a Russian tech firm was handling US electronics security and is ‘crawling with’ former US Intelligence agents?)

Specifically, it was the first to publish evidence of the Russian government interfering in the U.S. election by hacking into and subsequently releasing emails for the Democratic National Committee.–TechCrunch

One of his tweets gives an idea of what he thought was really going on with Russia:

[Smith Was a] Republican donor and operative from Chicago’s North Shore who said he had tried to obtain Hillary Clinton’s missing emails from Russian hackers killed himself in a Minnesota hotel room days after talking to The Wall Street Journal about his efforts, public records show.

In mid-May, in a room at a Rochester hotel used almost exclusively by Mayo Clinic patients and relatives, Peter W. Smith, 81, left a carefully prepared file of documents, including a statement police called a suicide note in which he said he was in ill health and a life insurance policy was expiring.

Days earlier, the financier from suburban Lake Forest gave an interview to the Journal about his quest, and it began publishing stories about his efforts in late June. The Journal also reported it had seen emails written by Smith showing his team considered retired Lt. Gen. Michael Flynn, then a top adviser to Republican Donald Trump’s campaign, an ally. — Chicago Tribune

And then things really get weird.

Like the detail on his suicide note stating (in all caps) ‘NO FOUL PLAY WHATSOEVER’.

Ok, did he not realize that even if it IS true, writing that still seems sketchy?

Smith was found with a bag tied over his head, attached to a helium source. A funeral home employee said they saw a helium tank in his room. The employee told The Chicago Tribune that it was about the size of a propane tank.

Even people on the Left who are assuming this a Russian conspiracy think this situation looks sketchy.

They point to tweets about people who knew him and didn’t think he was depressed or suicidal. Others point to emails he wrote just days before his death, still convinced of his cause.

For years, former Democratic President Bill Clinton was Smith’s target. The wealthy businessman had a hand in exposing the “Troopergate” allegations about Bill Clinton’s sex life. And he discussed financing a probe of a 1969 trip Bill Clinton took while in college to the Soviet Union, according to Salon magazine. –Heavy

Even the method of his death has a hint of mystery behind it: (emphasis added)

“When I got there and saw the tank, I thought, ‘I’ve seen this before,’ and was able to put two and two together,” the employee said. –Chicago Tribune

Again, innocent explanations are possible. But the number of unanswered questions is enough that it isn’t open-and-shut.

Both of these suspicious suicides happened when they were (at least theoretically) in a position to do some harm to the Clintons.

And if there is a common denominator in all the other mysterious deaths surrounding the Clintons, it was that: The potential to disclose information that would be damaging to the Clintons. In fact, Smith actually HAD, in the past, released harmful information against Bill (Troopergate). Opposition Research (muck-racking) was actually his job.

And now that they’re both dead, however plausible their reasons for suicide may have seemed, this puts a different light on it… at least for the Cynics.

Here is a list of all the mysterious deaths involved with the Clintons:

1 – James McDougal – Clinton’s convicted Whitewater partner died of an apparent heart attack, while in solitary confinement. He was a key witness in Ken Starr’s investigation.

2 – Mary Mahoney – A former White House intern was murdered July 1997 at a Starbucks Coffee Shop in Georgetown. The murder happened just after she was to go public with her story of sexual harassment in the White House.

4 – Ron Brown – Secretary of Commerce and former DNC Chairman. Reported to have died by impact in a plane crash. A pathologist close to the investigation reported that there was a hole in the top of Brown’s skull resembling a gunshot wound. At the time of his death Brown was being investigated, and spoke publicly of his willingness to cut a deal with prosecutors.

7- Ed Willey – Clinton fund raiser, found dead November 1993 deep in the woods in VA of a gunshot wound to the head. Ruled a suicide. Ed Willey died on the same day his wife Kathleen Willey claimed Bill Clinton groped her in the oval office in the White House. Ed Willey was involved in several Clinton fund raising events.

8 – Jerry Parks – Head of Clinton’s gubernatorial security team in Little Rock. Gunned down in his car at a deserted intersection outside Little Rock. Park’s son said his father was building a dossier on Clinton. He allegedly threatened to reveal this information. After he died the files were mysteriously removed from his house.

9 – James Bunch – Died from a gunshot suicide. It was reported that he had a “Black Book” of people which contained names of influential people who visited prostitutes in Texas and Arkansas.

10 – James Wilson – Was found dead in May 1993 from an apparent hanging suicide. He was reported to have ties to Whitewater.

12 – Bill Shelton – Arkansas State Trooper and fiancee of Kathy Ferguson. Critical of the suicide ruling of his fiancee, he was found dead in June, 1994 of a gunshot wound also ruled a suicide at the grave site of his fiancee.

13 – Gandy Baugh – Attorney for Clinton’s friend Dan Lassater, died by jumping out a window of a tall building January, 1994. His client was a convicted drug distributor.

15 – Suzanne Coleman – Reportedly had an affair with Clinton when he was Arkansas Attorney General. Died of a gunshot wound to the back of the head, ruled a suicide. Was pregnant at the time of her death.

17 – Danny Casolaro – Investigative reporter. Investigating Mena Airport and Arkansas Development Finance Authority. He slit his wrists, apparently, in the middle of his investigation.

18 – Paul Wilcher – Attorney investigating corruption at Mena Airport with Casolaro and the 1980 “October Surprise” was found dead on a toilet June 22, 1993 in his Washington DC apartment. Had delivered a report to Janet Reno three weeks before his death

20 – Barbara Wise – Commerce Department staffer. Worked closely with Ron Brown and John Huang. Cause of death unknown. Died November 29, 1996. Her bruised, nude body was found locked in her office at the Department of Commerce.

23 – Barry Seal – Drug running pilot out of Mena, Arkansas, death was no accident.

24 – Johnny Lawhorn Jr. – Mechanic, found a check made out to Bill Clinton in the trunk of a car left at his repair shop. He was found dead after his car had hit a utility pole.

25 – Stanley Huggins – Investigated Madison Guarantee. His death was a purported suicide and his report was never released.

27 – Kevin Ives and Don Henry – Known as “The boys on the track” case. Reports say the boys may have stumbled upon the Mena Arkansas airport drug operation. A controversial case, the initial report of death said, due to falling asleep on railroad tracks. Later reports claim the two boys had been slain before being placed on the tracks. Many linked to the case died before their testimony could come before a Grand Jury.

THE FOLLOWING PERSONS HAD INFORMATION ON THE IVES/HENRY CASE:

33 – James Milan – Found decapitated. However, the Coroner ruled his death was due to “natural causes.”

34 – Jordan Kettleson – Was found shot to death in the front seat of his pickup truck in June 1990.

48- World-renowned ‘space economist’ Molly Macauley, 59, was brutally murdered in Baltimore. Macauley had testified before Congress many times. She was a Vice President at Resource for the Future, and an adjunct professor at Johns Hopkins University. She was stabbed to death while walking her dogs in a Baltimore Park. The crime remains unsolved. Her name on this list is because of her ties in Washington, as well as her death was just days before the murder of Seth Rich.

50 – John Ashe – former U.N. President found dead days before testifying in court over a Clinton-related scandal of over $1 billion

51 – Victor Thorn – author of several anti-Clinton books was found on a hilltop near his home where he killed himself on his birthday.