Chester Bennington: Another Celebrity Suicided By Hanging—Was he the biological son of John Podesta? 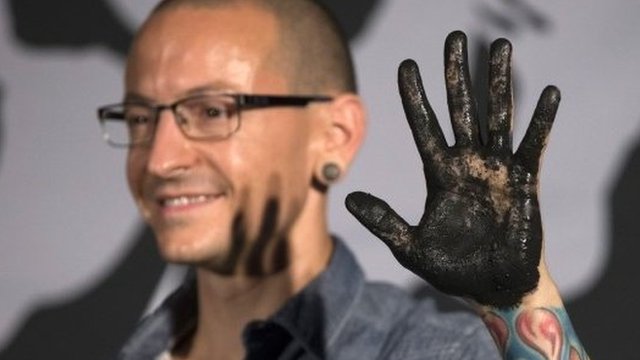 No, this is not a photo of a young John Podesta at a spirit cooking ritual; it’s lead singer Chester Bennington of Linkin Park

Chester Bennington: Another Celebrity Suicided By Hanging—Was he the biological son of John Podesta?

This is a TRUE STORY! The TMR editor opened up the BBC website first thing this past Friday morning, July 21st.  The BBC “front page” featured an article on the ‘suicide hanging’ of Chester Bennington (See: Chester Bennington: Linkin Park vocalist ‘took his own life).

TMR had already researched and posted various articles on the suicide hanging of his close friend Chris Cornell. (e.g. Chris Cornell Was About To Expose Elite Pedophile Ring Before He Died).  That Bennington was suicided on Cornell’s birthday was of particular significance, especially after he wrote a heartfelt open letter to him after Chris was suicided on May 18, 2017.

The following screenshot shows TMR’s Google search history for “Chester Bennington” beginning with the aforementioned BBC article on July 21, 2017 at the very bottom. 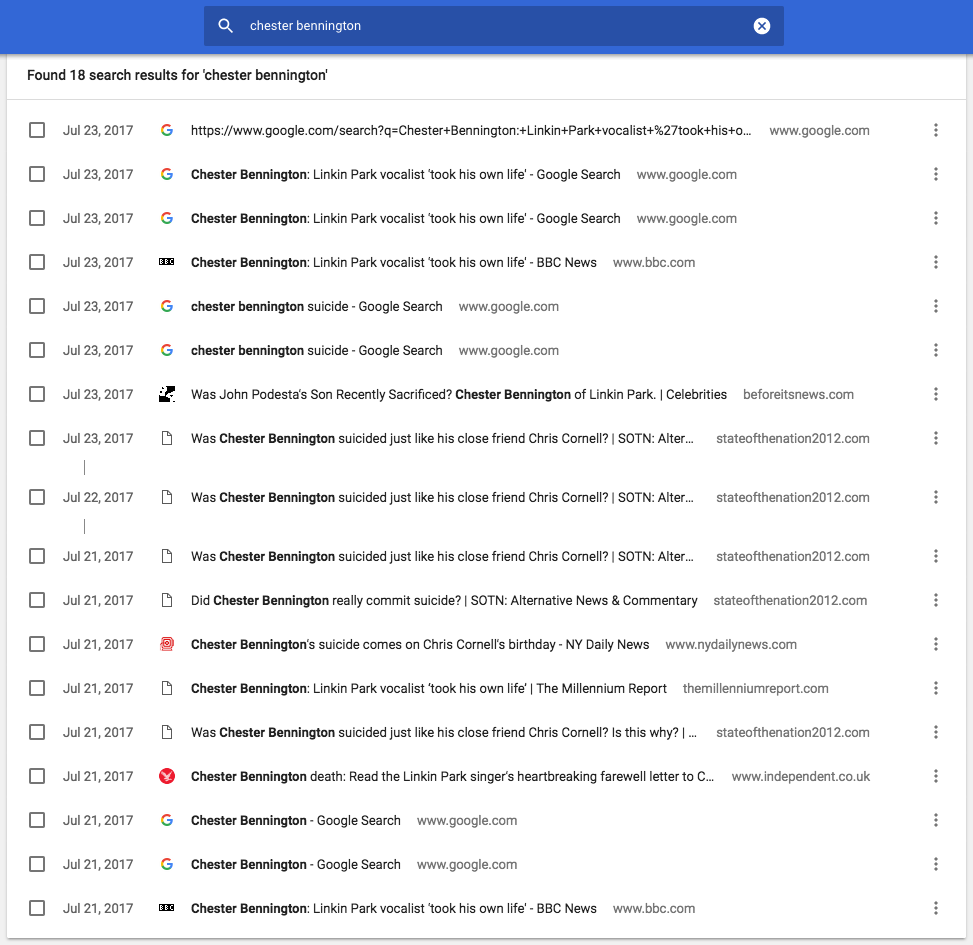 Now, please look at the photo of Chester Bennington at the very top of this post.  We first saw that photograph in the BBC article on the 21st and genuinely thought the BBC had incorrectly inserted a picture of JOHN PODESTA — at a spirit cooking ritual — into their video.  After ‘rubbing our eyes’ a few times, we finally came to the realization that Chester Bennington really does look exactly like John Podesta! As the picture below illustrates, they are almost identical. 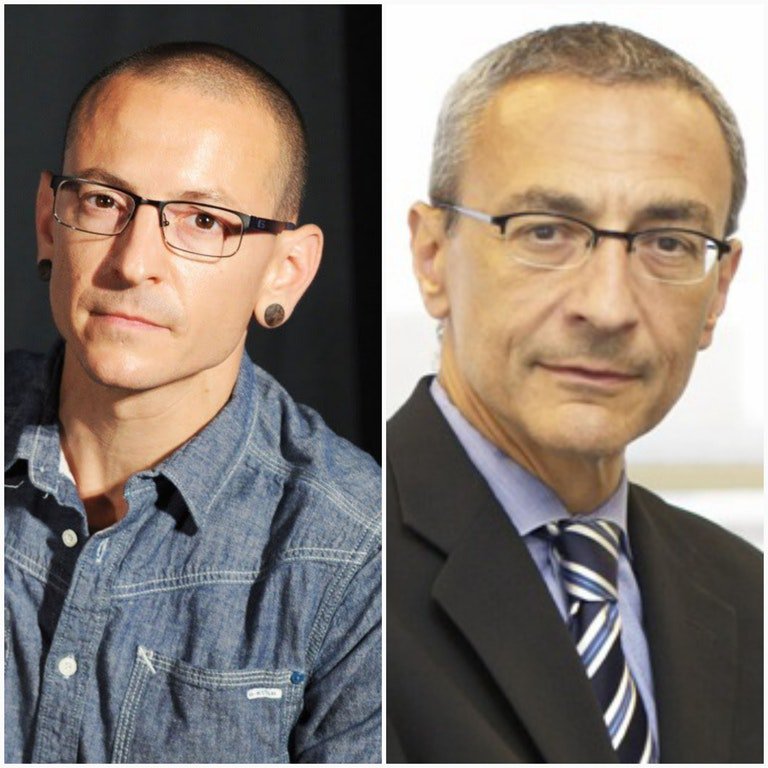 Next thing we know, a very interesting, yet speculative, exposé is published directly linking Chester Bennington to the infamous John Podesta of Pizzagate fame.  The various linkages, included their startling likeness to each other, are simply too compelling to ignore.  This Podesta-Pedophile-Pizzagate story just gets wilder by the week. As follows: #PizzaGate — Was Chester Bennington John Podesta’s Son? (Video)

As for John Podesta, he was not only Hillary Clinton’s campaign chairman throughout the ’16 presidential election, he was also President Bill Clinton’s Chief of Staff and President Barack Obama’s “Counselor to the President”.  How does a powerful agent of Deep State, who is such a bad actor, get placed into these key White House positions?

Answer: Pizzagate: Why it was exposed just before the 2016 election

N.B. The article below is appropriately qualified as “not completely verified”.  However, after all the key data points are confirmed, this brand-new and explosive Pizzagate story will grow a set of millipede legs like never before.  The author “50 Shades of Pissed Off” did a great job on her reporting, after doing some excellent sleuthing. We highly commend her for blowing the ever-important Pedogate story wide open.

The following are claims that have not been completely verified. Please click on the source link (the Voat thread) at the end where this is all being discussed.

By 50 Shades of Pissed Off Personally I seriously doubt he hung himself. That’s not an easy feat for a guy who’s 6’2. Chester allegedly supported with Clinton Foundation donations – No source yet and played tribute at his funeral in May of this year….also a suicide. Further questions (and rabbit hole unto itself): Death of Chris http://archive.is/sWuKj

Some disturbing tweets from Chester Bennington’s wife’s account have caused alarm over whether or not she had cheated on him and even encouraged him to take his own life. However, it’s being claimed she was probably hacked (yeah right ).

News that Bennington, 41, had died, broke yesterday, with reports from TMZ confirming he had taken his own life by hanging himself in a Los Angeles home. It was unclear at the time of the news what had led to his death, or if he had left behind any note indicating what led to the situation. Later that night, a series of tweets appeared on Bentley’s account, where she allegedly confessed to having an affair with his Linkin Park bandmate, Mike Shinoda, said she never loved her husband and had only married him for money, and that she had proof Bennington was already dead before he allegedly hanged himself. (Read more at link)