US Caught Again Colluding With Daesh In Their Syrian Stronghold 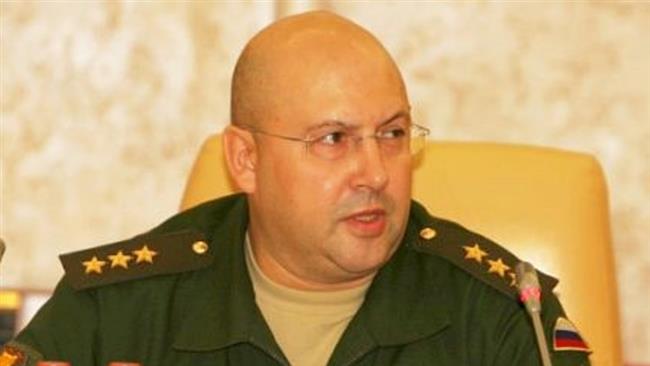 Colonel General Sergei Surovikin, the commander of the Russian forces in Syria

US Caught Again Colluding With Daesh In Their Syrian Stronghold

Russia accuses US-led forces of colluding with Daesh in Syria

Russia has accused the US-led forces in Syria of providing safe passage to the Daesh Takfiri terrorists to leave the area around Raqqah, the group’s main stronghold in Syria.

US-led forces along with the allied Kurds “collude with the leaders of the Daesh, who surrender the areas under their control and head to provinces where Syrian government forces operate,” the commander of the Russian forces in Syria, Colonel General Sergei Surovikin, said on Friday.

Surovikin said earlier this month that Daesh and the Kurdish forces had reached an agreement to leave two villages southwest of Raqqah and move toward Palmyra.

He added that the Russian forces had struck several Daesh convoys leaving Raqqah.

Syrian forces moved into Raqqah province on Tuesday and retook two villages of Kharbah Mohsen and Beir al-Saba as they swept through towns on their way toward Raqqah city.

Syrian forces, backed by the Lebanese resistance movement Hezbollah and other volunteer fighters as well as Russia’s air support, have been making back-to-back gains in territories held by Daesh over the past weeks.

The Russian commander in Syria also criticized Washington for trying to block Syrian government forces from taking control of the country’s southern border.

Syria has been fighting different foreign-sponsored militant groups since March 2011. UN Special Envoy for Syria Staffan de Mistura estimated last August that more than 400,000 people had been killed in the crisis until then.