Putin: “We Should Be Grateful To President Trump: In Moscow It’s Cold And Snowing” 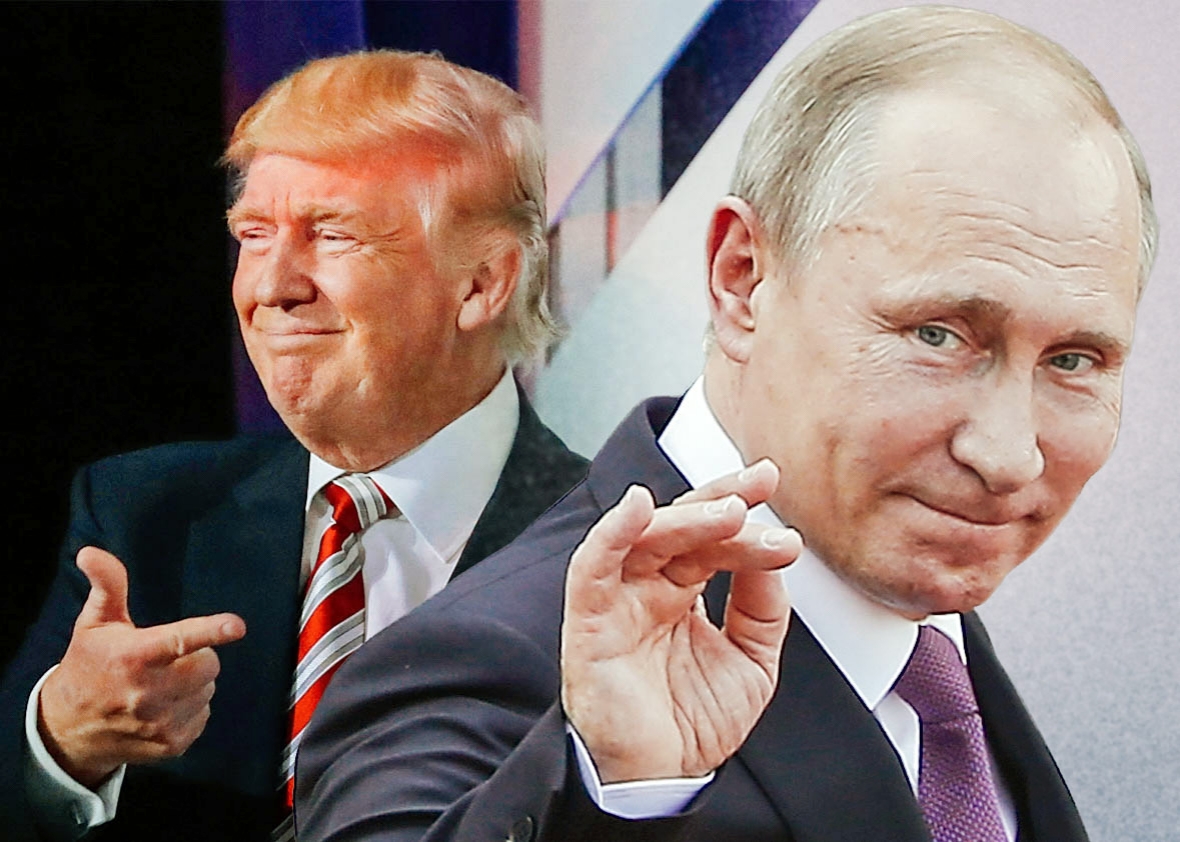 Putin: “We Should Be Grateful To President Trump: In Moscow It’s Cold And Snowing”

Russian President Vladimir Putin said Friday during a panel at the St. Petersburg Economic Forum that the US investigations into whether the Kremlin meddled in the US election are nothing more than “hysteria,” and that the anti-Russia sentiment in the US was about as virulent as anti-semitism.  “It’s like saying everything is the Jews’ fault,” said Putin, who said the blame for Hillary Clinton’s November loss lies squarely at the feet of the Democratic presidential candidate and members of her party, according to a report.

Putin, who was being interviewed by NBC’s Megyn Kelly, brushed off questions about meetings that members of the Trump campaign – including then-Sen. Jeff Sessions – had with Russian officials such as ambassador Sergey Kislyak.

“So our ambassador met someone. That’s his job. That’s why we pay him,” Putin said. “So what? What’s he supposed to do, hit up the bars?”

Putin was amused when Kelly touched on the subject of Russian foreign news coverage spreading “disinformation.” Putin accused her “colleagues” of dragging Russia into their coverage unfavourably.

Donald Trump won because he had run a more effective presidential campaign than Hillary Clinton, Putin said, adding the US intelligence agencies may have faked evidence of Russian hacking, according to Reuters. Allegations of Russian involvement were nothing more than “harmful gossip,” Putin insisted, there were no “Russian fingerprints” on the alleged hacks, Reuters reported.

Earlier this week, Putin denied the Russian state had directed any hacking operations designed to influence the U.S. election – though he did say Russian “patriots” could have been behind the plot on their own, Fox reported.

Following President Donald Trump’s decision Thursday to take the US out of the Paris Climate Accord talks, Putin said that there’s still time to reach a deal on the 2015 pact even without the US’s involvement, before adding, in English, “don’t worry, be happy,” according to Reuters.

Despite the critism that has been heapened upon Trump by other world leaders since he announced his decision to leave the accord last night, Putin said that he “wouldn’t blame Trump” for leaving the accord, though he hoped the White House would set its own climate rules.

“By the way, we should be grateful to President Trump. In Moscow it’s raining and cold and even, they say, some snow. Now we could blame this all on American imperialism, that it’s all their fault. But we won’t.”

And though he said he hopes that US sanctions against Russia would soon be lifted, he noted that they did have some positive effects. “We had to use our brains,” Putin said. “Not rely on oil and gas dollars.”

Allegations of collusion between the Trump campaign and the Kremlin have dogged the new administration since before the inauguration. In recent weeks, US media have taken aim at Trump’s son-in-law Jared Kushner, whom NBC and WaPo reported was a “person of interest” in the FBI’ campaign.

As a reminder, Kelly is set to interview Putin in St. Petersburg Friday for a Sunday night special that will air on NBC.