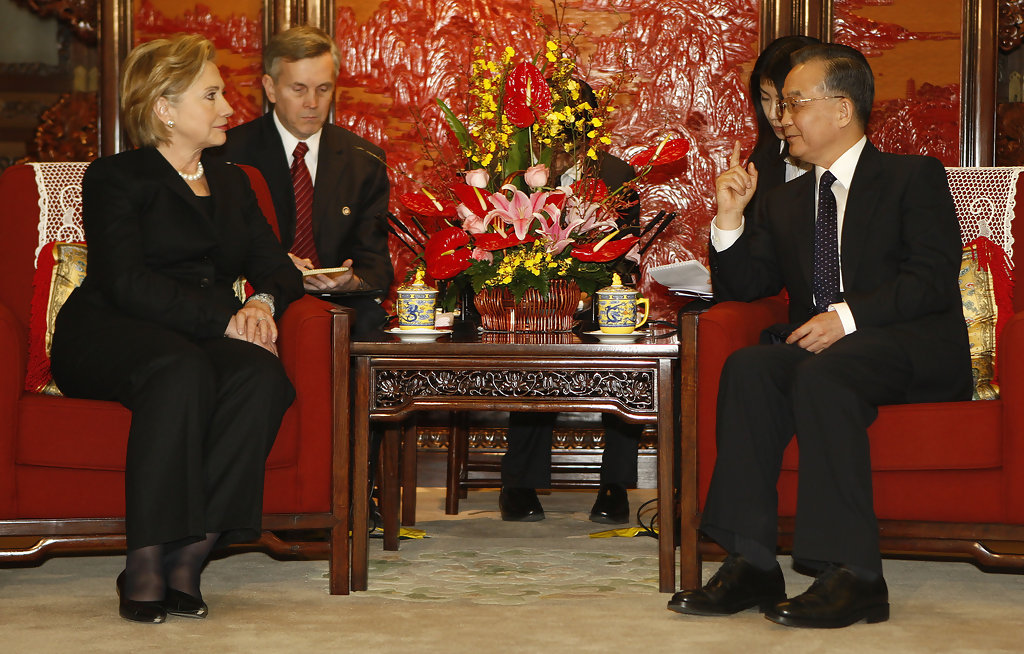 You know what they say about biting the hand that feeds. The NYT just dropped its latest deep-state scoop, and boy is it a doozy.

But instead of using the information as more leverage to attack President Trump, the leaks reveal allegedly extreme incompetence at the highest levels of the CIA, what NYT’s “current and former government sources” characterized as the worst intelligence breach in decades.

These officials revealed that “the Chinese government systematically dismantled CIA spying operations in the country starting in 2010, killing or imprisoning more than a dozen sources over two years and crippling intelligence gathering there for years afterward.”

The sheer number of U.S. assets lost rivaled those lost to the Soviet Union and Russia during the betrayals of both Aldrich Ames and Robert Hanssen during the 1980s and 1990s, the NYT noted.

The timing of the scoop is also curious: Instead of dropping it during the market day, standard practice for  anti-Trump revelations from WaPo, NYT and CNN, this story appeared at noon on a Saturday, when global markets were shuttered – almost guaranteeing it won’t dominate the cable-news cycle, which will likely be laser-focused on Trump’s first trip abroad.

One possible reason: the head of the CIA from 2010 to 2013 was Mike Morell, an outspoken supporter of Hillary Clinton, who in August of 2016 penned “I Ran the C.I.A. Now I’m Endorsing Hillary Clinton.” That is explainable: after all Hillary Clinton was Secretary of State at the time when, as we now learn, China was killing CIA spies.

Beginning in 2010, CIA operatives meant to collect information on the innerworkings of the Communist Party started disappearing. The NYT reports that between the final weeks of 2010 through the end of 2012, the Chinese killed at least a dozen of the CIA’s sources.

According to three sources, one was shot in front of his colleagues in the courtyard of a government building – a grisly killing meant to send a message to any others who might have been working for U.S. intelligence. Still others were imprisoned. All told, the Communist Party killed or imprisoned 18 to 20 of the CIA’s sources.
But perhaps even more disturbing than the killings themselves is the fact that, nearly seven years after they started, the agency still isn’t 100% about the source of the leaks, though the NYT mentioned a few theories.

As the NYT reports:

“Some were convinced that a mole within the CIA had betrayed the United States.
Others believed that the Chinese had hacked the covert system the CIA used to communicate with foreign sources.

Some of the NYT’s sources believe the leak came from a former asset who turned on the U.S., but the FBI and CIA were never able to gather sufficient evidence to make an arrest. The asset eventually left the agency to pursue “a business opportunity” in another Asian country that some of NYT’s sources believe was arranged by the Communist Party.

The FBI also has a theory.

“Some FBI agents became convinced that CIA handlers in Beijing too often traveled the same routes to the same meeting points, which would have helped China’s vast surveillance network identify the spies in its midst.”

The details of this alleged incompetence are staggering. Most alarmingly:

“Some officers met their sources at the restaurants where Chinese agents had platned listening devices, former officials said, and even the waiters worked for Chinese intelligence.”

Though the killings had largely subsided by 2013, the FBI and CIA affirmed that the damage had already been done.

Meanwhile, China’s espionage efforts have been particularly aggressive in recent years, up to and beyond the 2015 breach of the Office of Management and Budget’s systems.

The U.S. agencies have finally started hitting back – but it might be too little, too late. The NYT report that in March, the Feds arrested a longtime U.S. State Department employee who is accused of lying to investigators about her contacts with Chinese officials, the NYT notes.