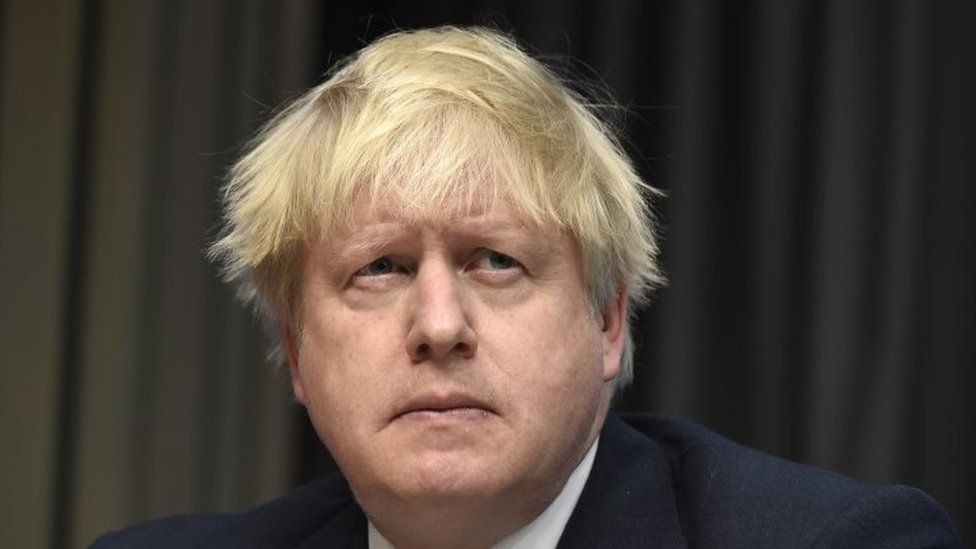 Russia has criticised Boris Johnson’s decision to scrap a planned trip to Moscow after discussions with the US.

The move showed the UK has no “real influence” over world events, Russia’s foreign ministry said.

Mr Johnson said events in Syria had “changed the situation fundamentally” and he would go to G7 talks instead.

The UK deplored “Russia’s continued defence of the Assad regime even after the chemical weapons attack on innocent civilians,” he added.

The foreign secretary said: “We call on Russia to do everything possible to bring about a political settlement in Syria and work with the rest of the international community to ensure that the shocking events of the last week are never repeated.”

Rather than travelling to Moscow to meet Russian counterpart Sergey Lavrov, he will now be travelling to Lucca, in Italy, for a G7 meeting, where he will call for Russian President Vladimir Putin to pull his troops from Syria.

His Russian visit, which would have been the first by a UK foreign secretary in five years, was cancelled after discussions with the US, which is sending Secretary of State Rex Tillerson to Moscow to deliver a “clear and co-ordinated” message to the Kremlin.

In a statement, the Russian foreign ministry said: “During Johnson’s visit to Moscow there were plans to hold open and exhaustive talks on the entire spectrum of international problems, and also to discuss the state of Russo-British relations, which have, in essence, been forced into a dead end by the UK.

“The decision to call off Johnson’s visit to Moscow confirms once again doubts in the presence of added value in speaking to the UK, which does not have its own position on the majority of present-day issues, nor does it have real influence on the course of international affairs, as it remains ‘in the shadow’ of its strategic partners.

“We do not feel that we need dialogue with London any more than it does.”

The Russian statement added that Mr Johnson’s plan to “discuss Russian support for the Assad regime” with G7 partners showed a “fundamental misunderstanding or ignorance of what is happening in Syria, Russia’s efforts to settle this crisis, and the purpose of diplomacy in general”.

Russia and Iran have condemned US air strikes against Syria as a violation of international law.

“What is the argument for not going ahead with a visit?

“Rex Tillerson is going on Wednesday so it can’t be that we have moved to a Cold War position of no talking whatsoever.

“And the idea that the foreign secretary can’t be trusted because he might pursue his own line or have an independent thought or cross over what the Americans might say makes him look like some kind of ‘mini-me’ to the USA and that’s not a position that any foreign secretary would want to be in.”

Labour’s shadow chancellor John McDonnell told Sky News the foreign secretary “should be in Moscow now… saying to the Russians just how appalling the situation is and the role they should play”.

He added: “We’ve got to be frank with them and we shouldn’t just allow the Americans to go off and do that. We should be doing that ourselves.”

“Boris has revealed himself to be a poodle of Washington, having his diary managed from across the pond,” said Mr Farron.

“It is pretty shameful when even Trump judges you to be a buffoon.”

“It’s a shame that some like Farron, Salmond and McDonnell put polls and politics above sorting out a civil war – it’s very sad and shows how desperate they are,” they said.

BBC Political Correspondent Ben Wright said the criticism would not “unduly bother” Mr Johnson, who had spent the weekend calling counterparts, including the Germans. French and Italians, ahead of the G7 meeting. The foreign secretary would also be speaking to Mr Tillerson again, ahead of the US Secretary of State’s visit to Moscow to agree a joint position on Syria.

Mr Johnson’s position was defended by International Development Secretary Priti Patel, who said the UK was working with the US and international partners on a co-ordinated response in the wake of US missile attacks on Syria.

She told the BBC’s Andrew Marr show: “This isn’t just about one voice.

“This is about the international community coming together and our foreign secretary is working with his American counterpart as that is the right thing to do.”

In January, Mr Johnson said Syrian President Bashar al-Assad should be allowed to run for election to remain in power and warned that Britain may have to “think afresh” about how to handle the crisis after failing to live up to its long-held position that the dictator must go.

But sources insisted he has always believed Assad cannot remain in power.

It comes as UK Defence Secretary Sir Michael Fallon said Russia was to blame for “every civilian death” in the chemical weapons attack last week in Syria.

Sir Michael, writing in the Sunday Times, said the Kremlin was responsible “by proxy” as the “principal backer” of the Assad regime.