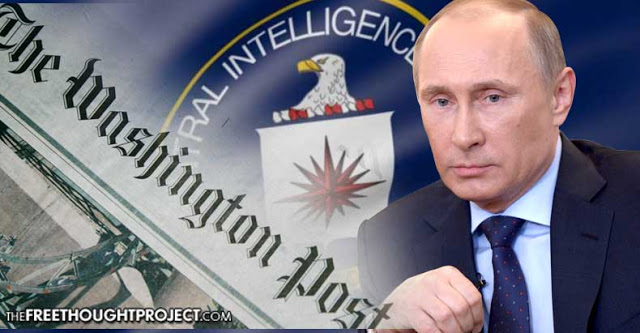 After Russia gave a nod on shooting down Israeli warplanes in Syria, the Khazarian Deep State responded with more military sanctions…

[…]To put it simply, the US Deep State are comprised of dangerously sour losers, whose tantrums continue to amuse the rest of the crowd.

US Wants to ‘Push’ Russia from Military Market by New Sanctions

The first deputy chairman of the Federation Council’s Committee for International Affairs claims that new US sanctions against a number of Russian companies are caused by Washington’s desire to move Russia from the defense market, but it will have little negative impact on the companies.

These are the Russian companies targeted by the latest US sanctions…

These sanctions come after Vladimir Putin announced that the Russian arms industry exports last year is at close second to that of the US,

… and is moving in stronger now that the latter is beset with weapons design scandal, e.g. expensive yet malfunctioning F-35s, on top of the shooting down of an Israeli aircraft, and the ongoing threat of “800 Soviet Scud missiles” should Israel decides to go all-out against Syria.

We Mean Business: Syria Will Fire Scuds at Israel in Response to Airstrikes The Syrian government has announced that it will retaliate should Israel continue to conduct airstrikes on Syrian territory.

Any further airstrikes on Syrian territory will be met with deadly force and retaliation strikes deep within Israeli soil, they said.

According to the message, delivered via Russian mediators, attacks on Syrian military objects will be met with Scud missiles launched at Israeli military (IDF) bases. If Israel attacks civilian infrastructure, Syrian missiles will be fired at Israel’s Haifa port and petrochemical plant. The missiles will be launched without any prior notice, the statement said.

We really don’t think so.

Russia has installed the highly advanced S-400 missile interceptors to protect the Syrian airspace after one of its Su-24 was shot down by Turkish F16s, more than a year ago.

As an aside, even the Philippines will also be purchasing its arms and ammunition needs from Russia to finally sever the country’s US dependency.

Said military cooperation will be formally inaugurated with a shopping list, which may include attack helicopters and AK47s during Duterte’s visit to Moscow, next month.

Purchases of new military equipment which will be used to fight against fleeing ISIS militants from the Middle East, will come under a much more bearable terms, not to mention its performance reliability that’s far superior than the second-hand/used equipments that the US has been dangling for decades, i.e. Duterte questioned the wisdom of his predecessor’s purchasing of 12 units F-15s at a time when the country is fighting a guerilla warfare with the communists. No wonder that the US is supplying them without the missiles.

Russia’s expressed desire to help those countries which are willing to depart from their one-sided relationships with the West,

… and move into a world of mutual respect and multipolarity, is what’s keeping the war freaks’ blood pressure at hypertensive levels.