The Massive US Military Machine Summed Up By Infographics 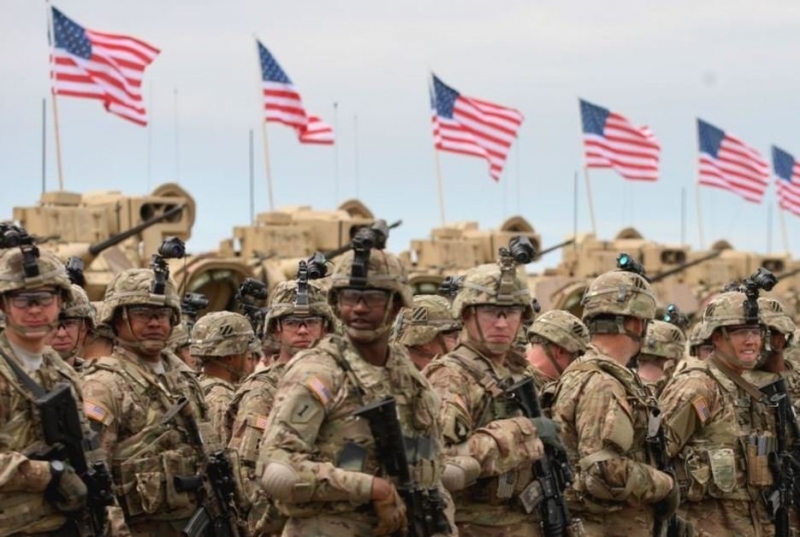 The Massive US Military Machine Summed Up By Infographics

By Alex Christoforou
The Duran

Trump’s budget for 2018, proposes cutting lots of stuff, from the EPA to the NEA and even small cuts at NASA.  One of the few departments that will not see any cuts was the US Department of Defense.

In 2015, Politico estimated that there are 800 U.S. bases abroad. The cots to maintain this massive military global footprint runs up to $100 billion annually. 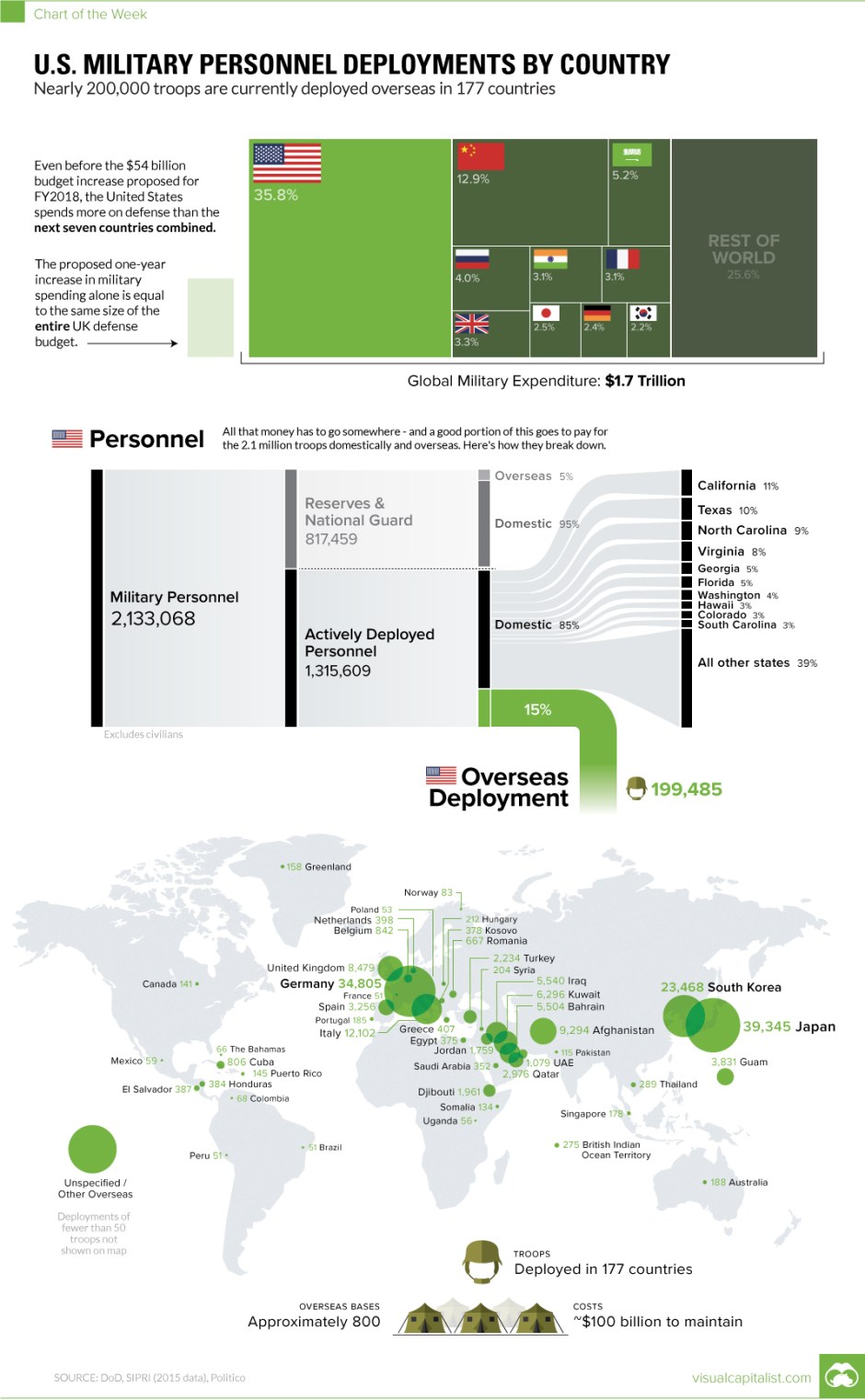 Via The Visual Capitalist..

If the proposed budget ultimately passes in Congress, the DoD would be allocated an extra $54 billion in federal funding – a 10% increase that would be one of the largest one-year defense budget increases in American History.

To put the proposed increase in context, the United States already spends more on defense than the next seven countries combined. Meanwhile, the additional $54 billion is about the size of the United Kingdom’s entire defense budget. 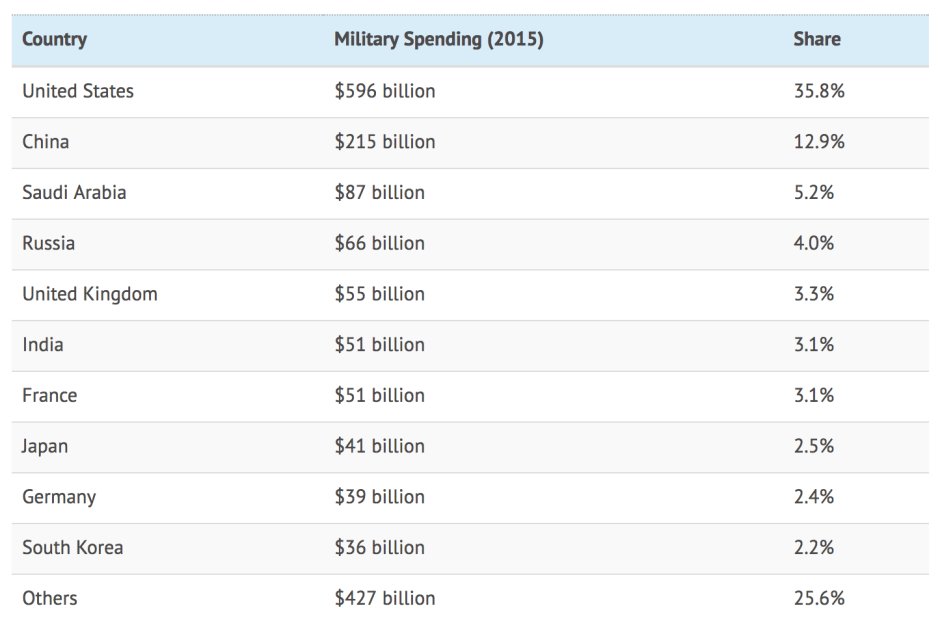 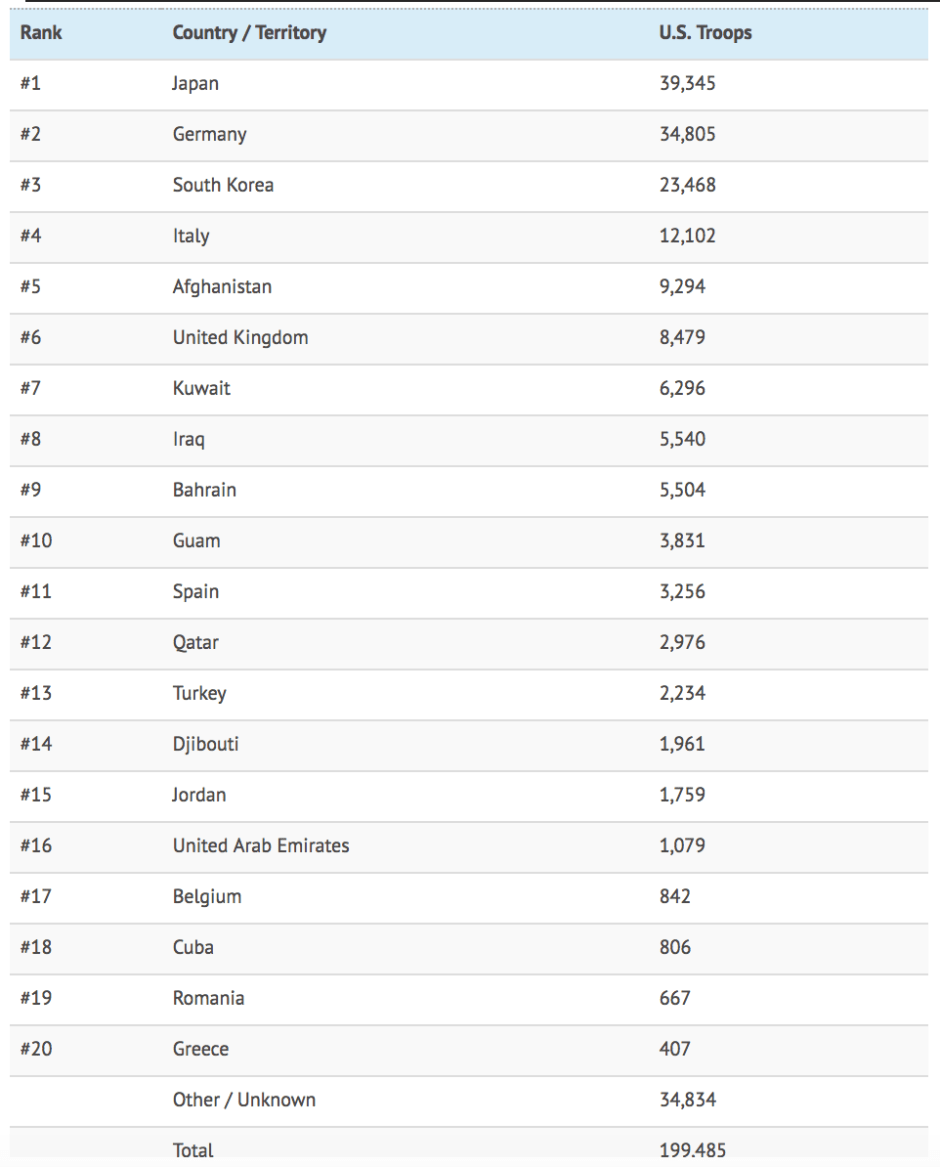