The CIA has frozen all support to Syrian “Rebels” 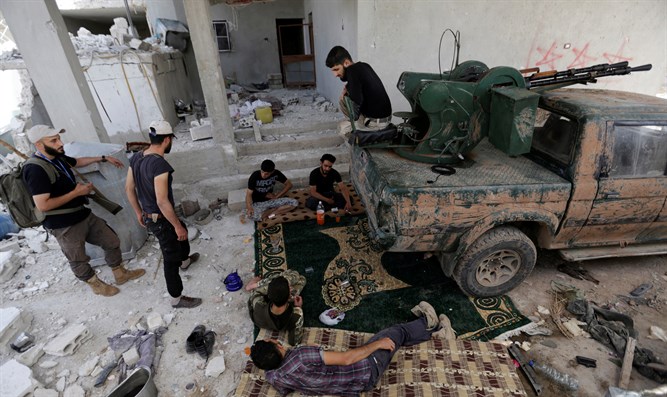 The CIA has frozen all support to Syrian “Rebels”

According to Reuters, the CIA has frozen all aid to Syrian “rebels” even though they risk being attacked by the “jihadists” [1].

Up until now, Nato members were drawing a distinction between “rebels” and “jihadists”. Occasionally, they would dichotomize “moderates” and “extremists”. But in actual fact, the “moderate rebels” have never been less violent that the “extremist jihadists”. Thus in a video, a tool of propaganda, you see the Commander of a “moderate” organization, the Free Syrian Army devouring the heart and liver of a Syrian soldier and threatening to inflict the same fate on all Alawites. This semantic distinction dates back to an MI6 document (drawn up prior to the war against Syria) in which the British Secret Services observe that every population of the expanded Middle East is anti-imperialist. However, in order to colonize them anew, it was necessary to harness the support of “moderate” anti-imperialist groups and fight the most “extremist” elements, the survival of which would make it impossible to control the region.

The Trump Administration intends to do away with all Jihadists, drawing no distinction between “extremists” and “moderates”.