Not only are ALEXA, SIRI, ECHO, HOME listening to everything you say… 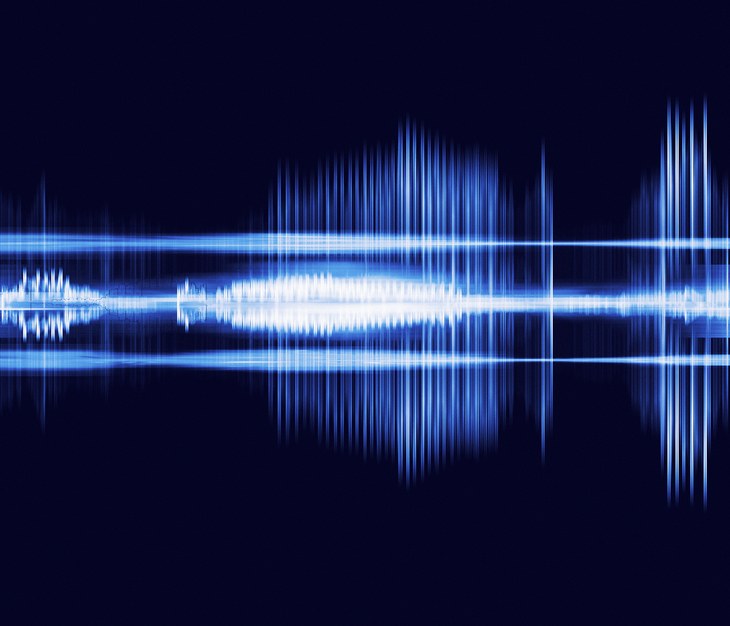 Not only are ALEXA, SIRI, ECHO, HOME listening to everything you say…they also record it

ALEXA AND GOOGLE HOME RECORD WHAT YOU SAY. BUT WHAT HAPPENS TO THAT DATA?

IF YOU GOT an Amazon Echo or Google Home voice assistant, welcome to a life of luxurious convenience. You’ll be asking for the weather, the news, and your favorite songs without having to poke around on your phone. You’ll be turning off lights and requesting videos from bed. The world is yours.

But you know what? That little talking cylinder is always listening to you. And not just listening, but recording and saving many of the things you say. Should you freak out? Not if you’re comfortable with Google and Amazon logging your normal web activity, which they’ve done for years. Hell, many other sites have also done it for years. Echo and Home simply continue the trend of saving a crumb trail of queries, except with snippets of your voice.

However, it’s still a reasonable concern for anyone worried about privacy. If you only use Chrome in “Incognito Mode,” put tape over your laptop camera, and worry about snoops sniffing your packets, a web-connected microphone in your home seems risky. It’s a fair thing to be unsettled about. But recording your voice is a major part of how voice assistants work. Here’s how devices like Echo and Home record your voice, why they do it, what they do with the data, and how to scrub those recordings.

Whenever you make a voice request, Google Home and Alexa-enabled devices record or stream audio clips of what you say. Those files are sent to a server—the real brains of the operation—to process the audio and formulate a response. The recorded clips are associated to your user account, and that process is enabled by default.

Because their brains are located miles away, Echo and Home need an internet connection to work. They do have a very rudimentary education, though: The only spoken commands they understand on their own are “wake words” or “activation phrases,” things like “Alexa” or “OK Google.” Once you say those magic words, the voice assistants jump to life, capture your voice request, and sling it to their disembodied cloud brains over Wi-Fi.

That means their mics are listening to you even when you’re not requesting things from Alexa or Google. But those ambient conversations—the things you say before “Alexa” or “OK Google”—aren’t stored or sent over a network.

Why Do They Need to Eavesdrop?

Listening to what you say before a wake word is essential to the entire concept of wake words. The process borrows a page from the pre-buffer on many cameras’ burst modes, which capture a few frames before you press the shutter button. This just does it with your voice.

With a camera, the pre-buffer ensures you don’t miss a shot due to a slow shutter finger. In the case of voice assistants, audio pre-recording helps systems handle requests instantly. Without a perked ear for that “Alexa,” “OK Google,” or “Siri,” these assistants would need activation buttons.

In fact, if you’re really freaked out by the concept of something always listening to you in your home, your best bet is a push-button voice assistant. Things like the Amazon Tap, the Alexa remote for Fire TV, or your phone with its “always listening” mode turned off.

Is This Secure? Can Hackers Tap In and Listen To Me?

Nothing is impossible, but Amazon and Google both have security measures that prevent snoops from wiretapping your home. The audio zipping from your home to Amazon and Google’s data centers is encrypted, so even if your home network is compromised, it’s unlikely that the gadgets can be used as listening devices. A bigger risk is someone getting hold of your Amazon or Google password and seeing a log of your interactions online.

There are also simple measures you can take to prevent Echo and Home from listening to you when you don’t want them to. Each device has a physical mute button, which cuts off the mic completely.

Siri records your queries too, but she doesn’t catalog them or provide access to the running list of requests. You can’t listen to your history of Siri interactions in Apple’s app universe.

While Apple logs and stores Siri queries, they’re tied to a random string of numbers for each user instead of an Apple ID or email address. Apple deletes the association between those queries and those numerical codes after six months. Your Amazon and Google histories, on the other hand, stay there until you decide to delete them.

Well, How About Cortana?

Microsoft’s Cortana voice assistant on Windows 10 works a bit differently, but it still mirrors some of your personal information on servers. To customize your experience, Cortana uses a combination of cloud-stored data and on-device data.

To see and manage the data stored on your machine, jump into the Start Menu, select Cortana, and click the rectangle with a circle inside it in the left sidebar. From there, you can view and delete entries in Cortana’s “Notebook,” a running list of all the information Microsoft’s voice helper knows about you. That Notebook and your cloud-stored info is synced, and you can check your Bing personalization hub to see what’s stored on Redmond’s servers.

Your Cortana-management controls are really granular, so it’s best to follow Microsoft’s deeper tutorial on how to manage your personal info.

What Happens To Your Recorded Audio Clips?

If you feel like revisiting past queries, you can listen to short clips of yourself asking to translate “shoehorn” into Italian or whether you should wear galoshes today. Alexa users can find a running list of their queries in the Alexa app in Settings > History. If a user has several Alexa devices in their arsenal, each one has its own listenable queue of requests.

Google users can find everything they’ve asked for by visiting myactivity.google.com while they’re logged into their account. This query museum doesn’t just include voice requests. It also includes any Google searches, YouTube videos, and apps you’ve launched on Android, among other things. It’s all presented in a neat, searchable chronological stack.

There are user benefits to these personal audio catalogs. For cases where spoken-word answers aren’t very useful—recipes and search results, for example—Amazon and Google provide links to written content in the Alexa and Home apps. Both companies say these audio databases help each system serve up personalized content and learn the intricacies of your Maine accent.

The semi-good news is that you have a bit of control over whether audio clips are saved or recorded at all. There are two big caveats, though. Disabling recording is only an option in Google Home, and when you do it, the device basically doesn’t work. And while you can delete your log of audio clips for both Alexa and Google Home, it’s unclear whether the data survives on servers after you delete it from the queue in your account.

Update: But what about the bigger pool of data, the aggregated voice queries from each system’s user base? According to this Bloomberg story, Amazon, Apple, Google, and Microsoft are using all that variety to hone these systems’ understanding of spoken language even further. Several times a day, Amazon uses the entire stack of Alexa queries to educate its A.I. about dialects and casual speech. Microsoft has mysterious fake apartments(!) set up to record and understand natural speech patterns. Google slices and dices the audio it’s already captured, then remixes it to help train its system. All these methods are meant to make your voice assistant smarter in the coming years.

How to Stop and Delete Voice Recordings in Google Home

There’s a hardware and a software way to silence Home’s microphone. The easy hardware method is to just tap the “Mute” button on the back of the device. Of course, the Assistant won’t record (or hear) your voice queries while mute is enabled. Just hit the mute button again to have Home start listening again—and recording and sending audio snippets again, too.

How about if you want Google Home to work without recording you, like an “Incognito Mode” for voice search? Unfortunately, there’s no way to do that right now. You can disable voice recording and audio logging at myactivity.google.com, but there’s a whale of a catch: Doing so makes Google Home a temporary paperweight.

At least it’s a paperweight that talks to you. Whenever you say “OK Google” and ask for anything, the speaker says “Actually, there are some basic settings that need your permission first.” And of course, it’s referring to turning voice-recording right back on again.

If you want to pause it anyway, visit myactivity.google.com, tap the three vertical dots on the top left of the page, select “Activity Controls,” and slide the “Voice & Audio Activity” slider to the left to pause it. Keep in mind that this doesn’t just disable Google Home, it also deactivates the Assistant on Android phones.

While you’re stuck with recording and logging audio snippets, you can delete saved audio clips after the fact. To do that, go to myactivity.google.com, tap the three vertical dots in the “My Activity” title bar, and select “Delete activity by” in the drop-down menu. Click the “All Products” drop-down menu, choose “Voice & Audio,” and click delete. Google says this may affect some of Google Home’s personalization features, because it essentially wipes its memory.

How to Stop and Delete Voice Recordings in Alexa

Amazon’s Alexa app doesn’t let you stop recordings altogether, but just like Google Home, there’s a mute button on its Echo devices for temporary privacy. Amazon’s push-to-talk products, such as Tap and the Alexa-enabled remote for Fire TV, still record your requests. However, you have to manually engage a button to make Alexa listen, so you have direct control over when the devices are listening to you.

You can delete your long list of recordings in the Alexa app, but the app only lets you do that one entry at a time. To do a bulk-delete, you’ll need to visit amazon.com/myx, click the “Your Devices” tab, select your Alexa device, and click “Manage voice recordings.” A pop-up message should appear, and clicking “Delete” will wipe out your saved clips.