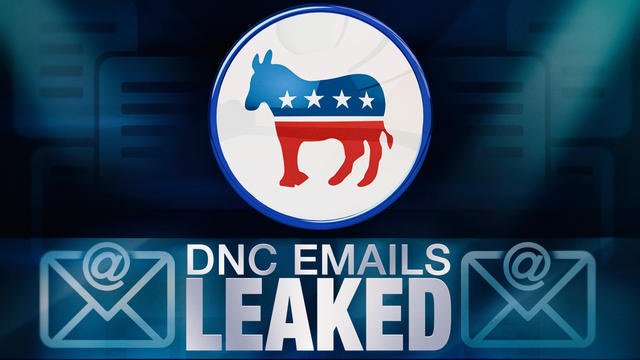 On Monday, Breitbart investigative reporter and White House correspondent Lee Stranahan published a huge story on Breitbart.com, the facts of which should unravel the entire foundation for the Russian election hacking narrative. Stranahan based his report on increasingly discredited evidence, as well as a tweet made by President Trump on March 5th regarding the hacked DNC server:

What about all of the contact with the Clinton campaign and the Russians? Also, is it true that the DNC would not let the FBI in to look?

It’s true… the DNC did not allow the FBI to inspect the allegedly hacked servers; instead they used a Google-funded cybersecurity firm called CrowdStrike – which FBI director James Comey referred to in testimony Monday as a “highly respected private company” despite several reports casting serious doubt on their analysis. Furthermore, CrowdStrike was accused of using false information by the government of Ukraine in a separate December report which concluded that Russia hacked Ukrainian military hardware using the same malware allegedly employed in the DNC hack.

In light of the fact that the US election hacking narrative revolves around an increasingly questionable report published by a private company caught in a recent lie, plus the DNC’s refusal to let the FBI inspect the servers in question (which President Trump tweeted about) – Breitbart’s Lee Stranahan had planned to bring the issue up with White House Press Secretary, Sean Spicer. Instead, Matthew Boyle – Breitbart’s DC political Editor, ordered Stranahan to stand down and stay away from the White House.

In other words; don’t shed light on major developments which could unravel the DNC’s witch hunt. Stranahan has taken to Periscope to tell his side of the story:

Here’s what Stranahan wanted to ask:

@mboyle1 (Breitbart's Pol editor) – WHY did you order @stranahan not to ask @SeanSpicer this question? https://t.co/Vp54N2GYji 🤔 pic.twitter.com/koBuTyu9Yl

Without hearing Breitbart editor Matthew Boyle’s side, ordering Stranahan to stand down seems rather odd since the Russian hacking narrative – if deemed true by Congress, would be incredibly damaging to Trump’s legitimacy as President – even if there was no collusion.

Scroll down for the cliffs notes on Stranahan’s article (though I encourage you to read the whole thing):

The firm suspects they may have targeted DNC employees with “spearphishing” emails. These are communications that appear legitimate — often made to look like they came from a colleague or someone trusted — but that contain links or attachments that when clicked on deploy malicious software that enables a hacker to gain access to a computer. “But we don’t have hard evidence,” Alperovitch said.

He told VOA that contacts in the Ukrainian military units that used the app reported no losses of D-30 howitzers, which contradicts large battlefield losses referenced in the CrowdStrike report.

“I personally know hundreds of gunmen in the war zone. None of them told me of D-30 losses caused by hacking or any other reason,” Narozhnyy stressed to the VOA

Ministry of Defence of Ukraine asks journalists to publish only verified information received from the competent official sources. Spreading false information leads to increased social tension in society and undermines public confidence in the Armed Forces of Ukraine. –mil.gov.ua (translated) (1.6.2017)

The CrowdStrike report, released in December, asserted that Russians hacked into a Ukrainian artillery app, resulting in heavy losses of howitzers in Ukraine’s war with Russian-backed separatists.

But the International Institute for Strategic Studies (IISS) told VOA that CrowdStrike erroneously used IISS data as proof of the intrusion. IISS disavowed any connection to the CrowdStrike report. Ukraine’s Ministry of Defense also has claimed combat losses and hacking never happened.

So, given all of the above – should Congress still rely on the CrowdStrike report? And why was Lee Stranahan ordered by Matthew Boyle to stay away from the White House?