“There’s no question that those terrorist attacks right next to
the seat of British power were  conducted to quickly change
the growing national conversation regarding the GCHQ’s
Trump affair.”

By all insider accounts, the GCHQ scandal was blown up by President Donald Trump for very good reasons.

In fact, the only realistic way for Trump to fulfill his campaign promise to “drain the swamp” — inside the Beltway — is to expose the shadow government that has run the United States of America for many decades.

Why did Trump really disclose the illegal wiretaps by Obama and the U.S. Intelligence Community?

Known variously as both Deep State and the World Shadow Government, the secret entity that exercises complete command and control over the U.S. Federal Government is the slowly being forced out of the shadows.

This inexorable process of uncovering Deep State began many years ago but has seen a dramatic uptick of paradigm-shattering revelations since the election of Trump.  His extraordinary lack of political correctness has been quite instrumental in exposing the ongoing sedition and perfidy committed against the American Republic by the U.S. Intelligence Community, as well as law enforcement agencies like the FBI and DHS .

First among those intelligence agencies are the Central Intelligence Agency (CIA), the National Security Agency (NSA) and the Defense Intelligence Agency DIA.  It is important to note that each of these organizations coordinates very closely with their British counterparts—MI6, MI5 and GCHQ.  They also collaborate intimately with all the major MSM organs of propaganda both in the United States and Great Britain.

Key Point: Virtually all of the London-based news outlets have been virulently anti-Trump since he first declared his candidacy.  The Telegraph, BBC, Independent, The Guardian, Daily Mail, The Sun, Mirror, among many others have formed a veritable echo chamber of Trump bad news.  Not only do these MSM organs of propaganda originate much of that bad news disseminated globally each and every daily news cycle, they are fed copious amounts of intelligence from the GCHQ which inform their “breaking” stories.  Just as the C.I.A. effectively owns and operates the MSM throughout the USA, so, too, does the GCHQ closely control the output of the British media. (The C.I.A. And Deep State Conspiracy Finally Exposed)

Given the hard evidence that now exists that proves that Donald Trump’s Trump Tower headquarters has been “wiretapped” for many years, especially during the entire 2016 presidential election cycle, there is now a Congressional mandate to ferret out the facts.  All of that evidence now points directly to the UK’s Government Communications Headquarters (GCHQ).

The spying on and surveillance of a U.S. presidential candidate for purposes of political gain are both illegal and unprecedented (that we know of), even when contracted out to the GCHQ.  Nevertheless, the current narrative, whereby the CIA and other U.S. intelligence agencies worked directly with the GCHQ in order to have plausible deniability for their unlawful conduct, appears to be exactly what has happened.

Whenever a fake conspiracy gets so out of control as the purposefully fabricated “Russian election hacking” story, it’s liable to ensnare every individual and/or organization that buy into it.  And so it has—BIG time!

Because of the patently false accusations, which the Democratic party has been trumpeting in unison across the nation about a non-existent collusion between Trump and Putin to defeat Hillary Clinton, enormous political pressure has been exerted across Deep State to maintain the ridiculous façade of seriousness.  As a matter of fact, this anti-Russia campaign has been so intense and unrelenting that it’s no wonder that the GCHQ was drawn into the fiasco.   What’s really behind all the fake anti-Russia hysteria?

Some have even posited that it was GCHQ that was acting on behalf of those who forever prosecute the Great Game.  For it’s the ever-running Great Game that has predicated all of the deliberately orchestrated Russophobia by the Zionist-controlled British governments over the past 100 plus years.  Now that the bigwigs in Cheltenham (location of GCHQ headquarters) have been thoroughly outed for their unparalleled complicity in the interference of a U.S. presidential election, all hell is breaking loose in London.  Apparently the agents of Deep State  neglected to consider the potential consequences of the Trump “wiretapping” beforehand, as they simply never get caught in the act or otherwise.

As the specter of a transatlantic brawl began to break out in the open[1], the Brits did what they always do so well—perpetrate a shocking terrorist attack to distract the public’s attention.   The following mainstream media report shows just how complicit the London press is in the sensationalizing of this false flag terror operation.

The London establishment knows that the disclosures outlining the GCHQ’s direct involvement in the affairs of a U.S. presidential candidate, who is now the sitting POTUS, does not bode well for Anglo-American relations.  Because half the U.S. electorate enthusiastically voted for Donald Trump, the Brits know that such radioactive divulgences will profoundly alter the special relationship that the USA supposedly has with the UK.  Therefore, the GCHQ did what it has never felt compelled to do in its history—TPTB went into crisp denial mode.  As follows: Is the GCHQ “unprecedented denial” really an admission of guilt?

By engaging in such outright interference in a US election, the British Intelligence Community was in the spotlight like never before.  The London establishment leaders certainly determined the necessity to “change the national conversation”, particularly the chatter in Parliament, in a decisive manner; hence, the surprise terror attack was carried out yesterday, Wednesday, March 22, 2017.

Not only did the public discourse regarding the GCHQ scandal cease immediately, a much more conducive environment has been created for PM Theresa May to trigger article 50 of the Lisbon Treaty.  Like all false flag operations, the Westminster Bridge terror attack has various goals which are seemingly unrelated.  The fear-mongering associated with such terror events always serves to make the populace, and especially the public servants, much more compliant.

The Prime Minister knows that there is a festering discontent among the manipulated Bremain minority that wanted to stay in the European Union.  Although much smaller than the Brexit majority, they have been very vocal in this dismay.  In fact, only the County of London voted against Brexit throughout all of England proper (See map below.).  In the wake of the London attacks, there is likely to be very little resistance going forward to finalizing Brexit. That the terror attacks were executed so close to both “Houses of Parliament” well demonstrated how very vulnerable the MPs and government officials really are. 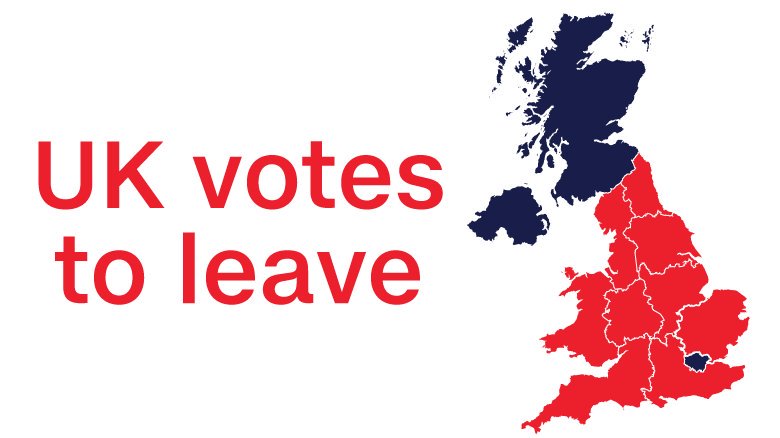 The other goals associated with this terrorist event concern the ever-expanding national security state.  Great Britain has established the most intensive nationwide security apparatus in the world–bar none.  And yet those who are in charge of imposing this Orwellian model are still determined to go further.  Truly, George Orwell was writing prophetically about Great Britain when he authored his dystopian novel and classic Nineteen Eighty-Four.

The global elites know full well that the Global Economic & Financial System is on the verge of collapse and that the banksters in London are the primary culprits.  Hence, they feel compelled to put into place all of the controls and safeguards, laws and technology necessary to preclude a replay of the French Revolution … … … in London.

When the top FOX News commentator — Judge Andrew Napolitano — is abruptly suspended from this news platform, it’s most likely the case of speaking truth to power in public.  Truly, the extreme reaction by Deep State to such a journalistic ‘transgression’ is a sure sign that the good judge got it right during prime time.  Did Deep State Order Fox News to Fire Judge Napolitano for Exposing GCHQ Spying on Trump?