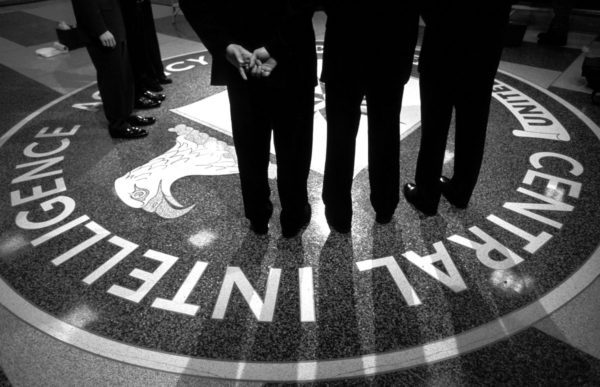 We’re in the midst of something that’s never happened in human history. Since the birth of the industrial revolution, our planet has been plagued by war. In the midst of it all, what has really transpired behind the scenes — and the true causes of these conflicts — has been hidden behind a screen of misinformation and secrecy.

Some historians estimate that the U.S. government alone classifies 500 million pages of documents every single year. An article written for the Guardian in June of 2013 raised this issue, but failed to mention how national security has become an excuse to keep secrets.

Is the U.S. government really classifying information for the safety of its people? Do they truly keep secrets for the sake of national security, or is there some ulterior motive at play?

Many believe this secrecy represents one way for the global elite to continue puppeteering governments all over the world, to create chaos, and to justify the infiltration of other countries and a heightened national security state, so they can create a New World Order — something that’s been referenced by the global elite for a very long time. Here’s a great example from George Bush Sr.

A few years ago, many global political and academic figures gathered at an International Conference on the New World Order to discuss just that. One of the speakers was prominent author and Canadian economist Dr. Michel Chossudovsky, who is the University of Ottawa’s Emeritus Professor of Economics. He argues that terrorist organizations, including the Islamic State, are “sponsored by the United States and its allies,” showing, as many others have done, that there are documents proving this fact.

“We are dealing with a state-sponsorship of terrorism, the recruitment of mercenaries, the training and financing of terrorism.”

Vladimir Putin even called out “the powers that be” and the “imaginary and mythical” threats they use to control us, at the meeting of the Valdai International Discussion Club in October 2016. You can watch it and well as access the transcript here. We also published an article on his speech, which you can read here.

“We are dealing with a criminal undertaking at a global level . . . the global war on terrorism is fake, it’s based on fake premises. It tells us that somehow America and the western world are going after a fictitious enemy, the Islamic state, when in fact the Islamic state is fully supported and financed by the Western military alliance and America’s allies in the Persian Gulf. . . . They say Muslims are terrorists, but it just so happens that terrorists are Made in America. . . . They’re not the product of Muslim society, and that should be abundantly clear to everyone on this floor.” – Dr. Michel Chossudovsky

Along with the information above, and other sources like WikiLeaks and more, we also have something happening within intelligence agencies. It may be difficult to trust these agencies, but that’s not to say that there aren’t good forces within them that want the truth about several different topics to come out.

Within the last few years, in fact, important agencies have been releasing thousands of declassified documents, and one of the latest reveals plans to destabilize Syria that have been in the works for more than two decades.

Syria is another example of manufactured chaos. There is a powerful group of people who are creating these problems and then offering the world a solution while we all follow along and praise them for their heroic efforts.

Syria and the Documents

Titled “Syria: Scenarios of Dramatic Political Change,” this document was written in July of 1986 by the Foreign Subversion and Instability Center, part of the CIA’s Mission Center for Global Issues.

It states its mission to analyze “a number of possible scenarios that could lead to the ouster of President Assad or other dramatic change in Syria.” Though the document is 25 years old, it shows that U.S. plans to influence and infiltrate Syria to create change that would suit their own interests date back well over 30 years.

The document also comes with similar testimony from insiders. One example would be former Four Star General Wesley Clark, who was the Supreme Allied Commander of Europe of NATO from 1997-2000. Clark said, in an interview with Democracy Now, that the U.S. had plans to invade countries in the Middle East, including Syria, for no justified reason at all.  He offered the sentiments of some within the American military, that they have a “good military” and that they can “take down governments.”  He spoke of a memo that described how the U.S. had “plans to take out seven countries in five years, starting with Iraq, and then Syria, Lebanon, Libya, Somalia, Sudan, and finishing off, Iran” (source).

WikiLeaks has also published a number of classified cables. One in particular shows how it was the primary goal of U.S. foreign policy to destabilize the Syrian government (source).

It’s ironic how the CIA has interfered with hundreds of elections, yet when some information comes out exposing elitist secrets, they simply resort to blaming others, like Russia in this case, with absolutely no evidence.

Whitney Webb from Mintpress news sums it up quite well:

The fact that the CIA has a center dedicated to “foreign subversion and instability” – as well as the CIA’s documented penchant for regime change – confirms that the decades-long effort to destabilize Syria parallels the agency’s efforts to destabilize other regimes throughout the world in order to replace them with governments they believe to be more sympathetic to U.S. interests. . . .

These destabilization efforts are often carried out with little, if any, regard to their impact on civilians who are often caught in the crossfire. As the 1986 report and the 2006 cable both note, the Assads brought periods of “unprecedented stability” to Syria.

The CIA and U.S. government have nevertheless chosen to pursue an agenda of destabilization. Nearly seven years later, the death toll in the West’s efforts to oust Assad is set to top half a million and has helped to create the largest refugee crisis since World War II.

Information like this is encouraging because, for so many years, it wasn’t really getting out to the masses at all. Not only information within these realms, but various other subjects as well, in all areas that affect every aspect of our lives, from health to finances and more. Many things are being exposed that need our attention.

As a result of this transparency and questioning, human consciousness is shifting. The way we perceive our world is changing, proving the power of information. Those who conceal this information don’t want it to come out and are immensely threatened by people like Edward Snowden and Julian Assange. The faster we expose them, the faster we move along the road to change.

Many can read this information and perceive it to be a dark reality, and feel that ignorance is bliss, but this attitude leaves our world open to even more corruption and problems for future generations to tackle.

We’ve made tremendous progress over the past years, and there are a number of examples. The infiltration of Iraq for supposed “weapons of mass destruction” is a perfect example, as most polls show that the American people don’t really believe what their government told them about 9/11. And genetically modified foods and the pesticides that go with them are now banned from most countries around the world due to the transparency of information.

The desire of the collective consciousness seems to be one of peace, love, unity, and a space where all life can thrive. The great thing about this intention is that it directs us toward creation and manifestation. We are currently living in that time.

So don’t bow your head in despair, but rather look to our future with hope. Our current process is a necessary step in the rebirth of the human experience, and there is a lot of pain involved in the process of birth, but in the end it’s something beautiful.