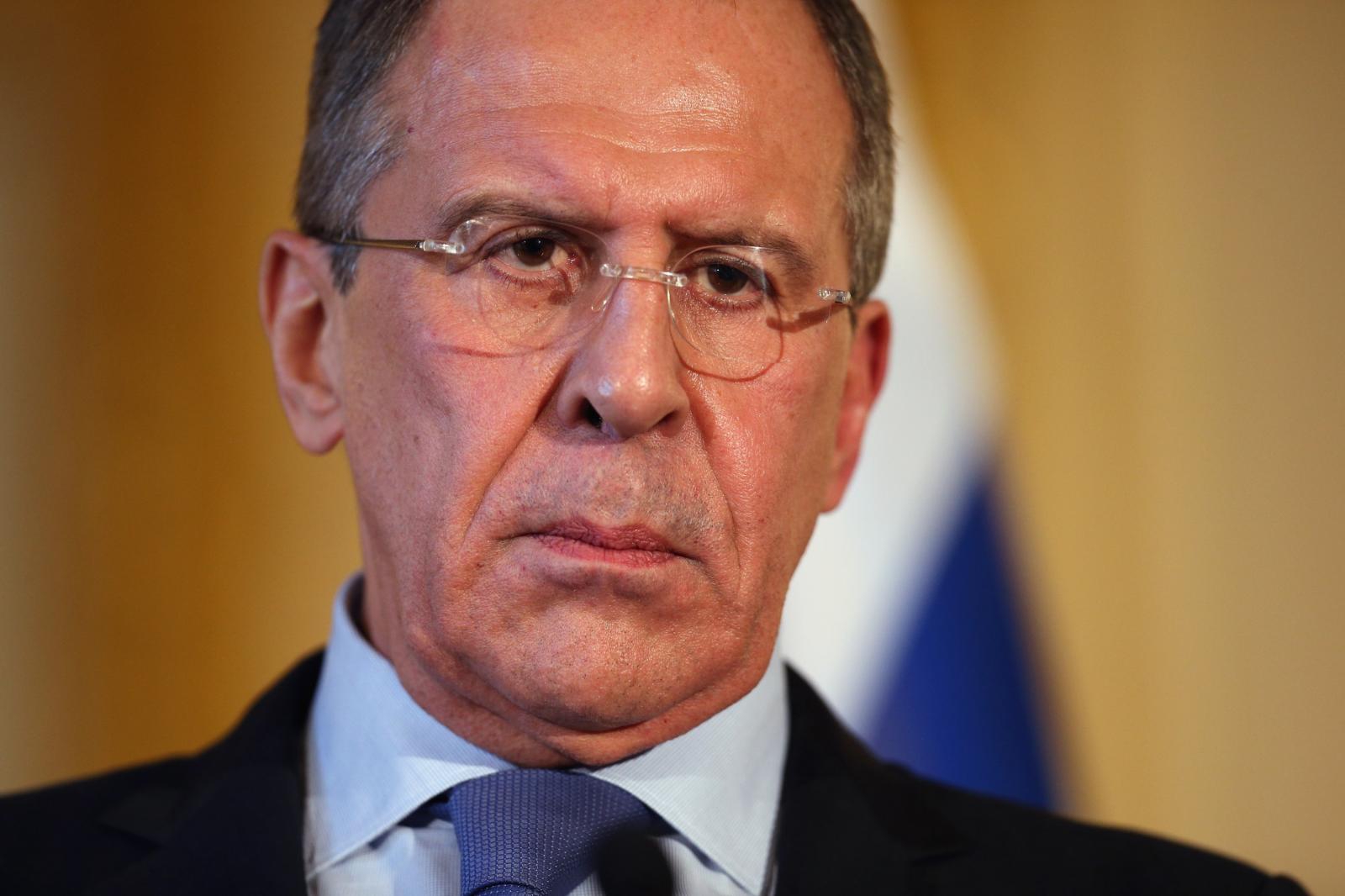 “Lavrov said that the time when the West called the shots was over and, dismissing NATO as a relic of the Cold War, added: ‘I hope that (the world) will choose a democratic world order — a post-West one — in which each country is defined by its sovereignty.'” Speaking at the Munich Security Conference, we are told that Russian Foreign Minister Sergei Lavrov “called Saturday for an end to a world order dominated by the West and said Moscow wanted to establish a ‘pragmatic’ relationship with the United States.”

This is certainly a devastating blow on New World Order agents like John McCain and the Neoconservatives, who never get tired of drinking other people’s blood in the Middle East and elsewhere. And this is just the beginning:

“Lavrov said that the time when the West called the shots was over and, dismissing NATO as a relic of the Cold War, added: ‘I hope that (the world) will choose a democratic world order — a post-West one — in which each country is defined by its sovereignty.’ Lavrov said Moscow wanted to build relations with Washington which would be ‘pragmatic with mutual respect and acknowledgement of our responsibility for global stability.’”

Lavrov, whether he notices or not, is asking for the return of practical reason in the political firmament. His plea is certainly congruent with what Kant would call the categorical imperative, which seeks universal principles. As I have argued in the past, the categorical imperative prohibits contradiction and irrationality precisely because it is based on the moral law itself. It states:

“Act only according to that maxim by which you can at the same time will that it should become a universal law.”[1]

“Sorry we have to use your country, Iraqis, but you let Saddam come to power, and we are going to instill democracy in your country.”[2]

To “instill democracy,” men, women and children have to die. Mothers have to mourn for their babies, and fathers have to dislocate. This “democracy” is basically hell on earth. Coulter and her bosses continue to live in a dream world where practical reason plays no role. That seems to be far-fetched, perhaps it is pertinent to bring in flaming Jewish Neocon Michael Ledeen. He declared:

“‘Creative destruction is our middle name, both within our society and abroad. We tear down the old order every day, from business to science, literature, art, architecture, and cinema to politics and the law. Our enemies have always hated this whirlwind of energy and creativity which menaces their traditions (whatever they may be) and shames them for their inability to keep pace … We must destroy them to advance our historic mission.’”[3]

As it turns out, the New World Order which the Khazarian Mafia and their lackeys have established over the years is not based on the pursuit of the truth or moral principles but on the pursuit of categorical lies, colossal hoaxes, deceptive means, and complete fabrications. You remember how New World Order agents led the American people into Iraq? You remember how they led the “sheeple” into Afghanistan and then Libya? Remember how they wanted to do the same thing in Syria?

You see, no one can universalize the New World Order ideology because it is existentially and fundamentally incoherent. And Kant would have almost certainly thrown it in the dustbin of history once and for all.

The moral or universal law, says Kant, is what binds us all together as rational creatures. Any deviation from the moral law is a recipe for disaster. So, any system that seeks to dismiss the moral law must be wrong precisely because that system will inevitably be incoherent and metaphysically worthless. Kant continues to say that for an action to be good, “it is not enough that it should conform to the moral law—it must also be done for the sake of the moral law.”[4]

Kant again kills the New World Order ideology here. And if you think that Kant is off the mark, listen to flaming Neocon John Bolton:

“It is a big mistake to for us to grant any validity to international law … because over the long term, the goal of those who think that it really means anything are those who want to constrict the United States.”[5]

What Bolton ended up saying is that international law and the New World Order ideology are incompatible. In order for one to exist, the other must be supplanted. But Bolton didn’t stop here. He moved on to declare explicitly that he wants to “make the case” for “secrecy” and—get this—“deception”! “If I had to say something I knew it was false to preserve national security,” said Bolton a few years ago, “I would do it.”

In other words, people like Bolton are paid to lie to the American people. They are Satanists.

Obviously Sergei Lavrov seems to have treated on Kant’s canvas when he essentially called for an end to the New World Order, which is Satanism in disguise. It should not be a surprise that New World Order agents are still mad and sad that Russia is still playing a major role in establishing what Lavrov calls a “pragmatic” world order.

But who has established the New World Order ideology around the world? Who is behind perpetual wars in Iraq and elsewhere? Who is behind massive illegal immigration in America and even Europe?

Russia is messing up their world, and they want to fight back—not on moral terms, but on an essentially diabolical principle. Russia stopped them from obliterating Syria, and they will never forgive Vladimir Putin for that political sin.

[1] Emmanuel Kant, Foundations of the Metaphysics of Morals (Indianapolis: Bobbs-Merrill, 1959), 39.