NEW INVESTIGATION: Did the Pope conspire with the Democratic Party against Donald Trump?

NEW INVESTIGATION: Did the Pope conspire with the Democratic Party against Donald Trump?

Written by  The Remnant Newspaper 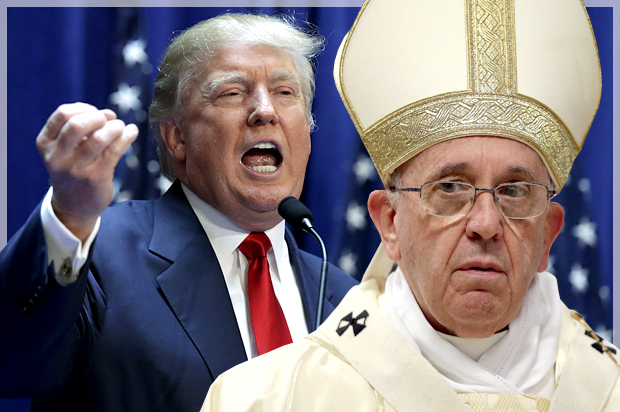 “America is great because she is good. If America ceases to be good, America will cease to be great.”  Alexis de Tocqueville

Reversing recent collectivist trends will, by necessity, require a reversal of many of the actions taken by the previous administration.  Among those actions we believe that there is one that remains cloaked in secrecy.  Specifically, we have reason to believe that a Vatican “regime change” was engineered by the Obama administration.

We were alarmed to discover that, during the third year of the first term of the Obama administration your previous opponent, Secretary of State Hillary Clinton, and other government officials with whom she associated proposed a Catholic “revolution” in which the final demise of what was left of the Catholic Church in America would be realized.[1]  Approximately a year after this e-mail discussion, which was never intended to be made public, we find that Pope Benedict XVI abdicated under highly unusual circumstances and was replaced by a pope whose apparent mission is to provide a spiritual component to the radical ideological agenda of the international left. [2] The Pontificate of Pope Francis has subsequently called into question its own legitimacy on a multitude of occasions. [3]

During the 2016 presidential campaign we were astonished to witness Pope Francis actively campaigning against your proposed policies concerning the securing of our borders, and even going so far as to suggest that you are not a Christian [4].  We appreciated your prompt and pointed response to this disgraceful accusation [5].

– To what end was the National Security Agency monitoring the conclave that elected Pope Francis? [6]

–  Did US government operatives have contact with the “Cardinal Danneels Mafia”?  [7]

–  International monetary transactions with the Vatican were suspended during the last few days prior to the resignation of Pope Benedict.  Were any U.S. Government agencies involved in this? [8]

–  Why were international monetary transactions resumed on February 12, 2013, the day after Benedict XVI announced his resignation? Was this pure coincidence? [9]

–   What roles were played by George Soros and other international financiers who may be currently residing in United States territory? [10]

Thank you again, and be assured of our most sincere prayers.