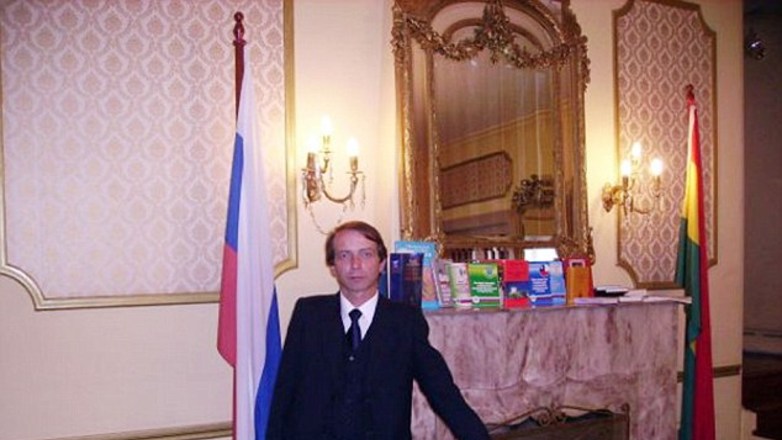 BY LAUREN FRUEN
The Sun

A HIGH-ranking Russian diplomat called Petr Polshikov has reportedly been found dead with a bullet to his head.

The exact circumstances of the shooting remain unclear but the news came shortly after the assassination of Russian ambassador to Ankara, Andrei Karlov.

So exactly was Petr Polshikov and what do we know about the diplomat?

Petr Polshikov, 56, was said to be a high ranking Russian diplomat.

Polshikov was reported to be a senior figure in the Latin American department of the Russian foreign ministry.

Some reports have said that the diplomat had left the Foreign Ministry but it was unclear if he worked for any other branch of the Russian government.

He is said to have previously served at the Russian embassy in Bolivia.

How did Petr Polshikov die?

Polshikov was reportedly found dead from gunshot wounds in his home in Moscow.

The shooting was reported by by Russian TV network Ren TV and came soon after news broke of the assassination of Russian ambassador in Turkey, Andrey Karlov.

The circumstances of the shooting remain unclear but it is understood cops are examining all possible theories as to his death.

It is alleged two empty bullet shells were found in the flat in the city and that a gun was discovered under the sink in the bathroom.

Ren TV showed footage from the crime scene with reports saying the diplomat’s wife was in the flat at the time of the shooting, and is safe.

Who is Andrei Karlov?

Andrei Karlov was a Russian diplomat who took up the role of ambassador to Turkey on July 12, 2013.

He was shot in the back and killed as he gave a speech at an Ankara art gallery by an off-duty police officer.

As a career diplomat, he graduated from the Diplomatic Academy of the Russian Foreign Ministry in 1992.

The Russian foreign ministry confirmed the death of Mr Karlov, calling it a “terrorist act” after he was shot while making a speech at the The Modern Art Centre in Ankara.

Relations between Moscow and Ankara have long been strained over the conflict in Syria, with the two nations supporting opposing sides in the war.

The Ankara mayor said on Twitter the gunman as a 22-year-old police officer – now known to be  Mevlüt Mert Altıntaş – who was off-duty at the time.