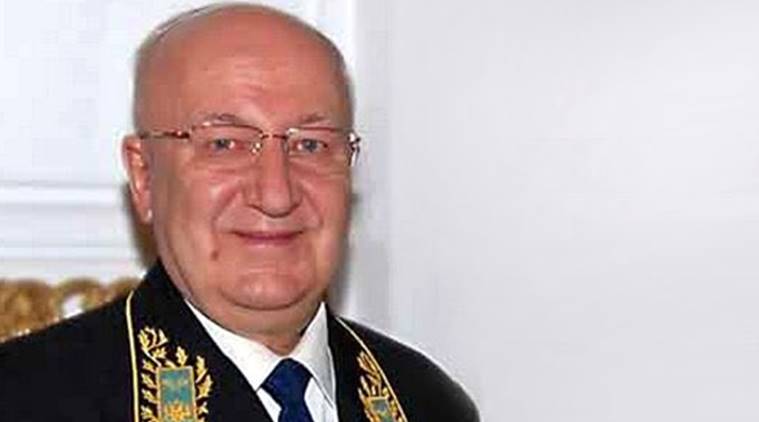 Alexander Kadakin was the Russian ambassador to India since 2009.

Russian Ambassador Alexander Kadakin, a fluent Hindi-speaking career diplomat considered a great friend of India, passed away today at a hospital here after a brief illness. He was 67. Kadakin, who was serving as the Ambassador here since 2009, was credited with playing a significant role in promotion of relations between India and Russia.

This was his second stint as the Ambassador, having served one between 1999 and 2004. Kadakin, who began his diplomatic career as a Third Secretary at the Russian Embassy in India in 1972, was fluent in Hindi and loved this country. “With deep regret and profound sorrow, the Embassy of the Russian Federation in the Republic of India informs that Alexander Kadakin, Ambassador Extraordinary and Plenipotentiary of the Russian Federation to the Republic of India, passed away on January 26 in one of New Delhi central hospitals after a brief illness,” said a statement issued by the Russian Embassy here.

He held the position of the Head of the Russian diplomatic mission in New Delhi from November 2009, it noted. “Starting from 1971, the entire diplomatic career of Alexander Kadakin was closely associated with promoting Russian-Indian relations,” the statement added. Prime Minister Narendra Modi, while condoling the demise, hailed Kadakin and his contribution to the India-Russia ties. “Deeply saddened at the passing away of Ambassador
Alexander Kadakin. He was an admirable diplomat, a great friend of India & a fluent Hindi speaker who tirelessly contributed to stronger India-Russia ties,” Modi tweeted.

The External Affairs Ministry said India had lost a valued friend. “In Amb Kadakin we lost a valued friend who nurtured #IndiaRussia relationship for many decades as distinguished Russian diplomat,” MEA spokesperson Vikas Swarup tweeted. Kadakin was born in Chisnau in then USSR on July 22,1949. He graduated with honours from the Moscow State Institute of International Relations in 1972.