What’s really going on with the Mexican Gas crisis? 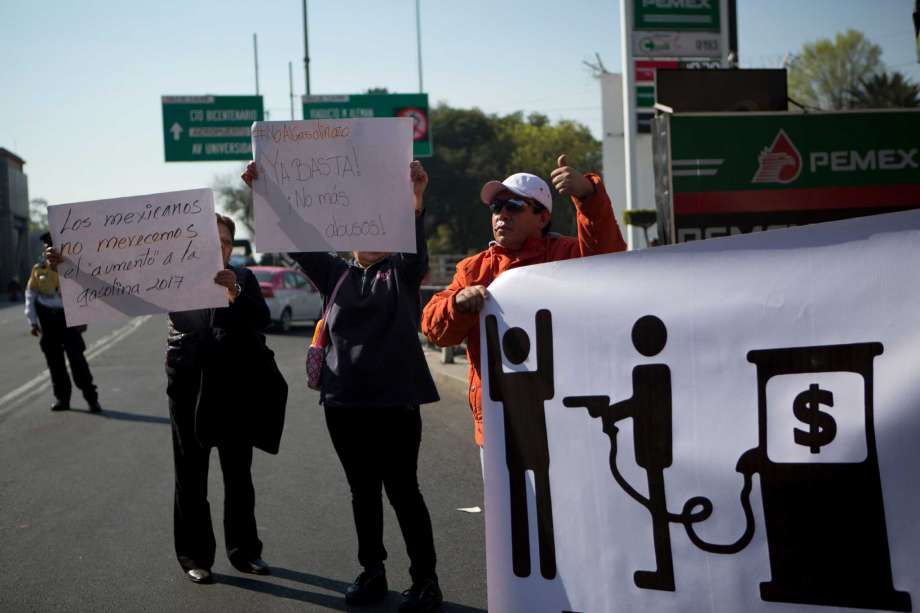 What’s really going on with the Mexican Gas crisis?

“Mexico sends its oil up to the U.S. where it gets refined. In this step, corrupt politicians make a profit, and they take too much. Then, when the gas comes back, the same corrupt politicians dip into it again, and take WAY TOO MUCH. It is damaging the Mexican economy badly and amounts to a direct theft from the Mexican people. No economy can do well if so much theft takes place with a key commodity such as gasoline, because when people pay twice as much for it as they should, there is that much less money to buy what the economy produces, and as a second hit, the high fuel price makes what that economy produces more expensive. In the end, the people pay more with less money to buy with.

And additional detail – He hates Trump. However, even if Trump gets nasty and starts heavily taxing imports it will only have about a 5 percent impact on the total Mexican GDP. His huge concern is the totally unnecessary gas gouging that could easily set the Mexican economy back between five and seven times as much. It amounts to a perfect storm getting ready to smash Mexico, and the good among the Mexican elite are very worried. They have made it clear: American business has nothing to do with the gas prices, it is 100 percent caused by corruption on the Mexican side of the equation. Vincente Fox still cares about Mexico very much and is not happy about what is going on now at all.

Anonymous sent: “Hey Jim, in the past you mentioned Mexico having massive capacity for refining gasoline. Why then, would they be stupid enough to ship it to the United States to have it refined? Makes NO sense.”

My response: There are refineries here. Obviously Mexico can make gas. But Mexico also uses a huge amount of butane. Butane fills 100 percent of the role of natural gas and propane in the U.S. I cannot just look at a refinery and know what it is actually producing. Obviously if Vincente Fox says America refines at least a huge portion of the gasoline I am not going to argue with that.