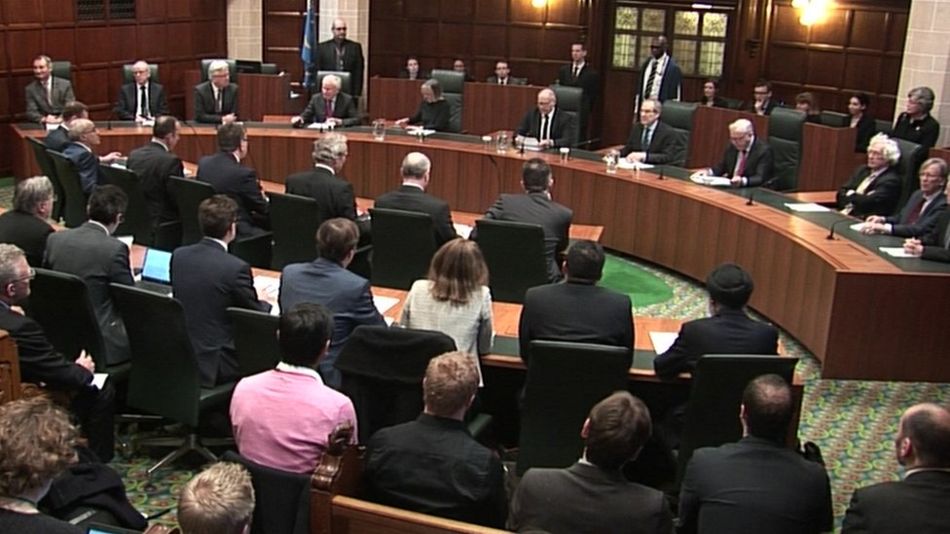 Parliament must vote on whether the government can start the Brexit process, the Supreme Court has ruled.

The judgement means Theresa May cannot begin talks with the EU until MPs and peers give their backing – although this is expected to happen in time for the government’s 31 March deadline.

But the court ruled the Scottish Parliament and Welsh and Northern Ireland assemblies did not need a say.

Brexit Secretary David Davis will make a statement to MPs later on Tuesday.

During the Supreme Court hearing, campaigners argued that denying the UK Parliament a vote was undemocratic.

But the government said it already had the powers to trigger Article 50 of the Lisbon Treaty – getting talks under way – without the need for consulting MPs and peers.

Reading out the ruling, Supreme Court President Lord Neuberger said: “By a majority of eight to three, the Supreme Court today rules that the Government cannot trigger Article 50 without an Act of Parliament authorising it to do so.”

Outside the court, Attorney General Jeremy Wright said the government was “disappointed” but would “comply” and do “all that is necessary” to implement the court’s judgement.

Gina Miller, one of the campaigners who brought the case against the government, said Brexit was “the most divisive issue of a generation”, but added that her victory was “not about politics, but process”.

Labour leader Jeremy Corbyn said: “Labour respects the result of the referendum and the will of the British people and will not frustrate the process for invoking Article 50.”

Article 50 will begin exit talks with the EU, which are expected to last up to two years.

Liberal Democrat leader Tim Farron said he would press for a second referendum on the final deal reached between the UK government and the EU.

The case against the government was brought by Ms Miller, an investment manager, and hairdresser Deir Tozetti Dos Santos.

The Supreme Court’s judgement backs that given by the High Court last year, against which the government appealed.