Trump to Sign Executive Order on Plan to Renegotiate NAFTA With Mexico, Canada 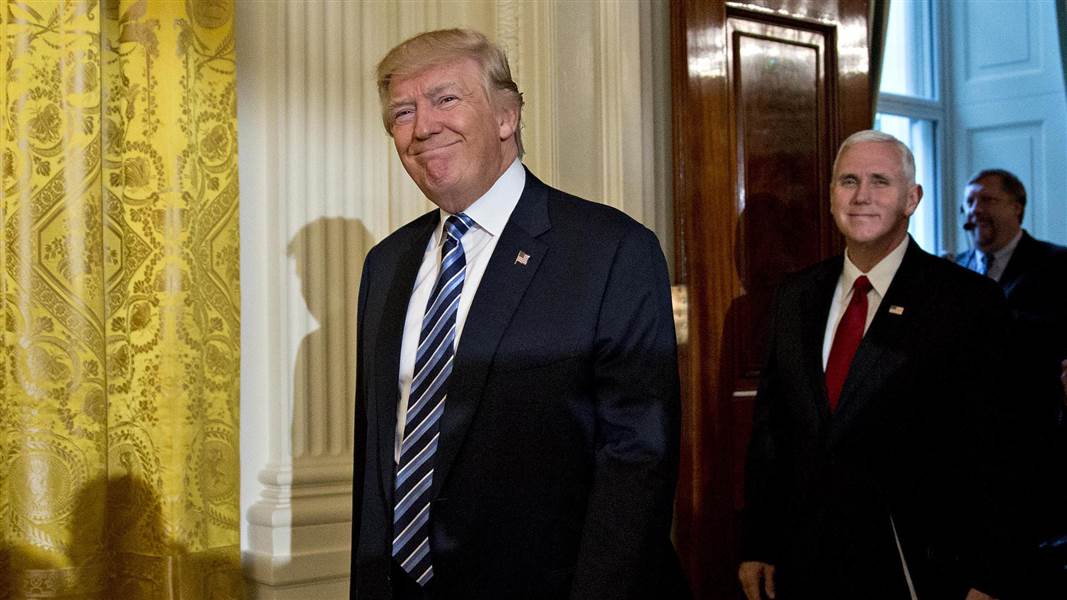 Trump to Sign Executive Order on Plan to Renegotiate NAFTA With Mexico, Canada

President Donald Trump is expected to sign an executive order as early as Monday stating his intention to renegotiate the free trade agreement between the United States, Canada and Mexico, a White House official told NBC News.

Eliminating the North American Free Trade Agreement (NAFTA), which was crafted by former President Bill Clinton and enacted in 1994, was a frequent Trump campaign promise.

The deal was intended to eliminate most trade tariffs between the three nations, increase investment and tighten protection and enforcement of intellectual property.

“We will be starting negotiations having to do with NAFTA,” Trump said Sunday at a swearing-in ceremony for his top White House advisers. “We are going to start renegotiating on NAFTA, on immigration and on security at the border.”

U.S. manufacturing exports to Canada and Mexico, the United States’ two largest export markets, increased 258 percent under the agreement, according to the website of outgoing U.S. Trade Representative Michael Froman, and the deal helped create a trade surplus in agriculture and manufactured goods.

Still, the new president blames it for destroying America’s manufacturing sector and called it “one of the worst deals ever” during an October debate with Hillary Clinton.

I will renegotiate NAFTA. If I can’t make a great deal, we’re going to tear it up. We’re going to get this economy running again. #Debate

The Center for Automotive Research, a respected automotive research firm in Ann Arbor, Michigan, said in a statement this month that pulling out of NAFTA could cost auto jobs created since the end of the Great Recession. “Counter to the incoming Trump administration’s goal of creating manufacturing jobs, the withdrawal from NAFTA or the implementation of punitive tariffs could result in the loss of 31,000 U.S. jobs,” CAR said.

Trump is also expected to sign an executive order announcing his intention to withdraw from the Trans Pacific Partnership (TPP), a trade agreement among 11 Pacific Rim countries and never ratified by Congress, said the White House official. He will simultaneously move to begin individual trade negotiations with the countries in the TPP.

Trump, who campaigned on a promise to to pull out of TPP and overhaul U.S. trade deals, is scheduled to meet with labor union leaders Monday.

Trump has said little about what improvements he wants, apart from halting the migration of U.S. factories and jobs to Mexico.

Canada’s ambassador to the United States said it was clear the Trump team were concerned above all about trade deficits with Mexico and China.

“I don’t think Canada is the focus at all,” David MacNaughton told reporters in Calgary, Alberta, ahead of a two-day government retreat focused on how to handle the new Trump administration.