Pena Nieto Tells Trump Mexico “Will Not Pay For Any Wall”, Demands Respect 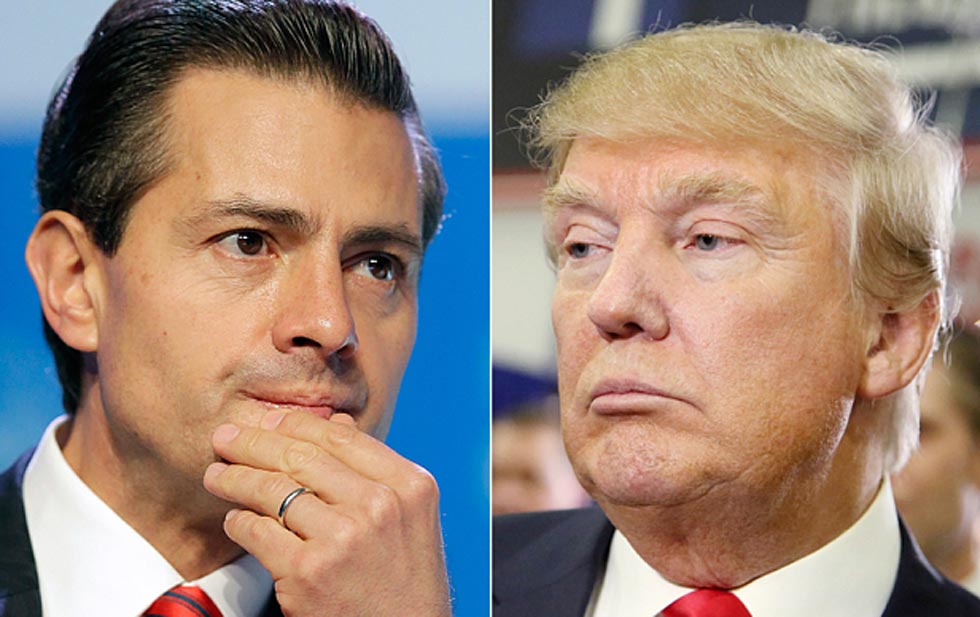 Pena Nieto Tells Trump Mexico “Will Not Pay For Any Wall”, Demands Respect

Mexican President Enrique Peña Nieto reiterated Wednesday in a pre-taped address that his country “will not pay for any wall,” but expressed willingness to work with the Trump administration.

Peña Nieto also said he had ordered government agencies to step up protection for immigrants, demanding respect as an autonomous nation, while admitting Mexico is negotiating new trade rules with US.

“I have ordered the Foreign Ministry re-enforce measures of protection for our nationals (inside the US).  The 50 Mexican consulates in the United States will become authentic places of defense for the rights of the migrants.  Our communities are not alone.  The Mexican government will offer them the legal counsel which will guarantee them the protection they need.  I call on the legislators and civil society organisations to join their efforts so as to back them and support them (migrants). Wherever there is a Mexican migrant at risk that needs our support there we must be.  That is where there country should be.”

“I am saddened and am against the decision by the United States to continue with the construction of a wall that for years, far from joining us has divided us.  Mexico does not believe in walls.   I have said time and time again: Mexico will not pay for any wall.”

“These Executive orders also occur at a moment in which our country is initiating talks to negotiate new rules of cooperation, commerce, investment, security, immigration in the North American region.  This negotiation is very important for strength, certainty, and future of of our economy and our society.  As President of the Republic, I assume, squarely, the responsibility of defending and guarding the interests of Mexico and Mexicans.  It is my duty to deal with the problems and confront the challenges.  Based on the final report of the Mexican officials that at this moment are in Washington and the prior consultation of the Senate chamber and the National Conference of Governors (Mexican), I will make a decision about the next steps to be taken. ”

Finally, the Mexican president didn’t say whether he will carry out planned visit to Washington on Jan. 31.

While the costs of “building the wall” are largely unknown, estimates have been made by both political parties…

You will find more statistics at Statista

In a Monday speech, Peña Nieto said his government is prepared to negotiate with the US if Mexico’s national sovereignty is respected. He laid out economic integration and respect for the rights of migrants and the money they send home as his nation’s key negotiating points.

Trump has suggested some of the $25 billion in annual remittances that migrants return home would be retained to pay for the border wall.