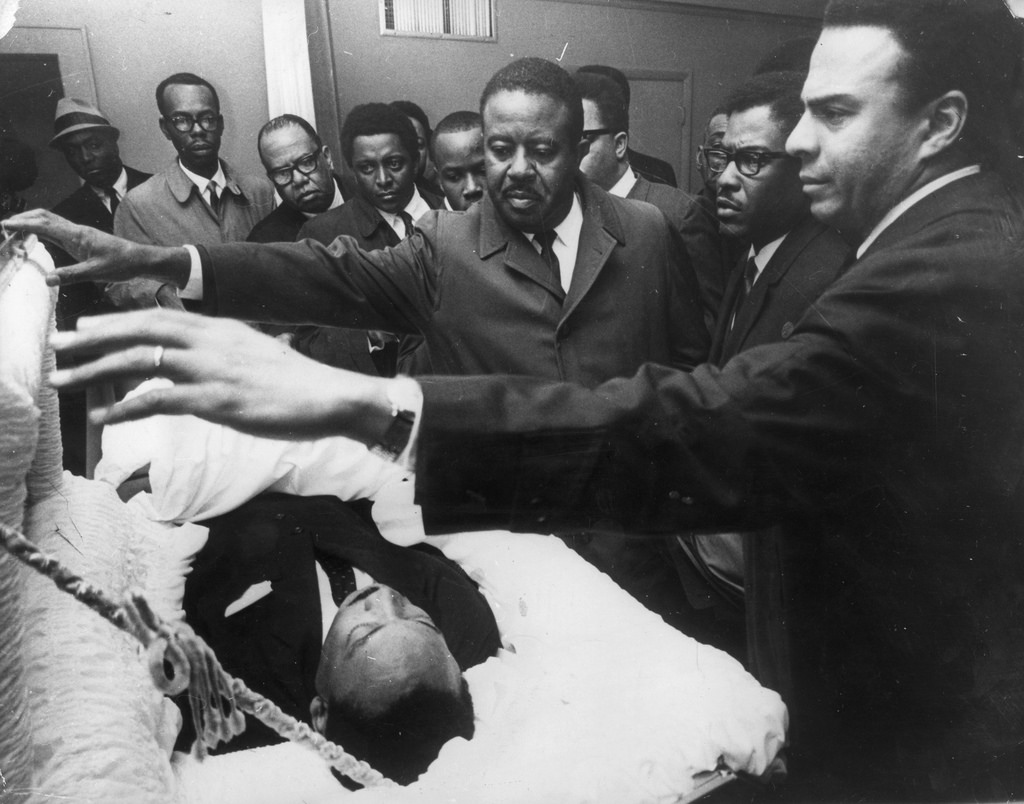 Originally published by Washington Blog and Global Research in January 2013.

Very few Americans are aware of this historical 1999 civil law suit of the King Family against the US Government. (Shelby County Court), Tennessee

Coretta Scott King: “We have done what we can to reveal the truth, and we now urge you as members of the media, and we call upon elected officials, and other persons of influence to do what they can to share the revelation of this case to the widest possible audience.” – King Family Press Conference, Dec. 9, 1999.

From the King Center on the family’s civil trial that found the US government guilty in Martin’s assassination:

After four weeks of testimony and over 70 witnesses in a civil trial in Memphis, Tennessee, twelve jurors reached a unanimous verdict on December 8, 1999 after about an hour of deliberations that Dr. Martin Luther King, Jr. was assassinated as a result of a conspiracy. In a press statement held the following day in Atlanta, Mrs. Coretta Scott King welcomed the verdict, saying ,

“There is abundant evidence of a major high level conspiracy in the assassination of my husband, Martin Luther King, Jr. And the civil court’s unanimous verdict has validated our belief. I wholeheartedly applaud the verdict of the jury and I feel that justice has been well served in their deliberations. This verdict is not only a great victory for my family, but also a great victory for America. It is a great victory for truth itself. It is important to know that this was a SWIFT verdict, delivered after about an hour of jury deliberation.

The jury was clearly convinced by the extensive evidence that was presented during the trial that, in addition to Mr. Jowers, the conspiracy of the Mafia, local, state and federal government agencies, were deeply involved in the assassination of my husband. The jury also affirmed overwhelming evidence that identified someone else, not James Earl Ray, as the shooter, and that Mr. Ray was set up to take the blame. I want to make it clear that my family has no interest in retribution. Instead, our sole concern has been that the full truth of the assassination has been revealed and adjudicated in a court of law… My husband once said, “The moral arc of the universe is long, but it bends toward justice.” To-day, almost 32 years after my husband and the father of my four children was assassinated, I feel that the jury’s verdict clearly affirms this principle. With this faith, we can begin the 21st century and the new millennium with a new spirit of hope and healing.”

View Transcript of King Family Press Conference on the Verdict

KING FAMILY STATEMENT ON MEDIA REQUESTS REGARDING THE MEMPHIS VERDICT

The King family stands firmly behind the civil trial verdict reached by twelve jurors in the Memphis, Tennessee courtroom on December 8, 1999.

An excerpt from remarks made by Mr. Dexter Scott King, Chairman, President, and CEO of The King Center, during the December 9, 1999 press conference regarding the verdict that may be used in support of this family decision:

“We can say that because of the evidence and information obtained in Memphis we believe that this case is over. This is a period in the chapter. We constantly hear reports, which trouble me, that this verdict creates more questions than answers. That is totally false. Anyone who sat in on almost four weeks of testimony, with over seventy witnesses, credible witnesses I might add, from several judges to other very credible witnesses, would know that the truth is here.”

“The question now is, “What will you do with that?” We as a family have done our part. We have carried this mantle for as long as we can carry it. We know what happened. It is on public record. The transcripts will be available; we will make them available on the Web at some point. Any serious researcher who wants to know what happened can find out.”

Therefore, the King family shares the conviction that there is nothing more to add to their comments on record and will respectfully decline all further requests for comment.

(Verdict form passed to the Court.)

THE COURT: I have authorized
this gentleman here to take one picture of
you which I’m going to have developed and
make copies and send to you as I promised.
Okay. All right, ladies and
gentlemen. Let me ask you, do all of you
agree with this verdict?
THE JURY: Yes (In unison).
THE COURT: In answer to the
question did Loyd Jowers participate in a
conspiracy to do harm to Dr. Martin Luther
King, your answer is yes. Do you also find
that others, including governmental agencies,
were parties to this conspiracy as alleged by
the defendant? Your answer to that one is
also yes. And the total amount of damages
you find for the plaintiffs entitled to is
one hundred dollars. Is that your verdict?
THE JURY: Yes (In unison).
THE COURT: All right. I want
to thank you ladies and gentlemen for your
participation. It lasted a lot longer than
we had originally predicted. In spite of
that, you hung in there and you took your
notes and you were alert all during the
trial. And we appreciate it. We want you to
note that our courts cannot function if we
don’t have jurors who accept their
responsibility such as you have.
I hope it has been a pleasant
experience for you and that when you go back
home you’ll tend tell your friends and
neighbors when they get that letter saying
they’ve been summoned for jury duty, don’t
try to think of up those little old lies,
just come on down and it is not so bad after
all.
I know how much you regret the fact
that you won’t be able to come back for the
next ten years. I don’t know, I may or may
not recognize you if I see you on the street
some day, but if you would see me and
recognize me, I sure would appreciate you
coming up and reminding me of your service
here.
To remind you of your service, we
have some certificates that we have prepared
for you. They look real good in a frame.
Not only will they remind you of your service
here, but they will remind you also of that
wonderful judge who presided over this. We
do thank you very much on behalf of everyone
who has participated in this trial.
You were directed not to discuss the
case when you were first sworn. Now that
your verdict has been reached, I’m going to
relieve you of that oath, meaning that you
may or may not discuss it. It is up to you.

No one can force you to. And if you discuss
it, it will only be because you decide that
you wanted to.
I guess that’s about all except that
I want to come around there and personally
shake your hand. You are what I would call
Trojans.
Having said that, as soon as I get
around there and get a chance to shake your
hands, you’ll be dismissed.
(Judge Swearengen left the bench
to shake the jurors hands.)
THE COURT: Those of you who
would like to retain your notes, you may do
so if you want to.
I guess that’s about it. So
consider yourselves dismissed and we thank
you again.
Ladies and gentlemen, Court is
adjourned.
(The proceedings were concluded
at 3:10 p.m. on December 8th, 1999.)