Will the Internet be shut down via a fake EMP or fabricated solar flare? 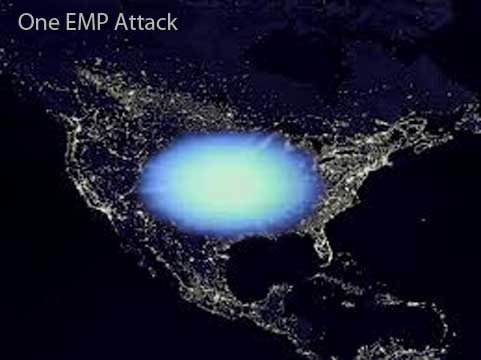 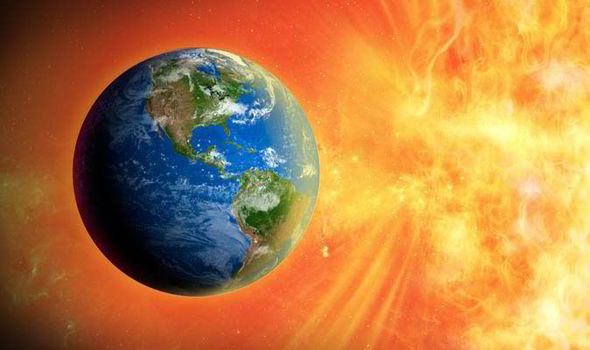 Will the Internet be shut down via a fake EMP or fabricated solar flare?

‘Whole Internet Will Shut Down For 24 Hours’ Says VP Of Internet Security Company – How Many Of Your Favorites Sites Will Still Be Here When It Comes Back Up? Imagine waking up one morning, turning on your computer and it isn’t just your favorite websites you cannot access, but you cannot get online at all, no browsing, no news, no internet games, no videos, no chat forums, nothing. Then when the Internet comes back up, all your favorite sites are just gone.

Readers may remember that Twitter, Spotify, Google, Paypal, Pinterest all suffered severe outages throughout the day on October 21, 2016, as well as the U.S. portion of the Disqus commenting platform, where ANP readers noted that dependent on where they were located within the the U.S., many could only access the comment sections randomly. This happened to sites all across the Internet that were housed on U.S. servers. (Read more about those attacks at “Now West Coast Being Hit Also – East Coast Under Cyber Attack, Massive Outages Reported Across A Variety Of Platforms“)

Now, US technology security vendor LogRhythm’s chief information security officer and vice president, James Carder,, is warning us that the massive Internet outages that occurred back in October, where a DDOS attack against DNS provider Dyn caused sweeping outages across the east coast, then another wave attacks took out large chunks of the west coast internet access, then the third wave hit all across America, were all just “tests.”

“In 2017, we’re going to see it hit big sometime, somewhere. If the internet goes down, financial markets will tank,” he said.

The security expert told Business Insider that all the signs were there this year, with criminals “testing missiles by shooting them into the ocean”.

“We saw the massive [distributed denial of service] against DynDNS just a couple of months ago. That DDoS attack took down sites like Twitter and Spotify for a few hours. We saw a similar DDoS hit Brian Krebs before the attack against Dyn. These were really just tests,” he said.

Carder continued on to point out “If you can prove that you can take down massive sites and a large chunk of the US internet for a few hours, a 24-hour outage seems pretty easy to do.”

Interestingly we see no mention of why the predicted entire Internet outage specifies 24 hours, or how Carder knows it would only last 24 hours, nor how providers would address and rectify the issue in order to get the Internet back up and running. Another topic that was addressed in the Business Insider interview  was the war against Independent Journalism from mainstream, by targeting and labeling them as “fake news.”

“The power of influence is starting to shift away from main stream news outlets and I don’t think that is something those main stream outlets can afford to let happen. They will respond to the fake news threat by trying to implement some level of media control that will likely take it a little too far,” he said, citing Facebook’s post-election efforts.

“I think hackers, in the name of protecting our freedom of speech, will retaliate by knocking down a major media outlet or two.”

The 2016 presidential election campaign season as well as the Brexit vote in the UK, were two recent examples of the media dwindling influence on the public, where they predicted entire disaster scenarios in order to push their audience in a direction they wanted them to go, and completely failed as the public no longer trusts the “news” they provide.

A perfect example how this is still occurring comes by way of a recent poll about the propaganda campaign the mainstream media, Barack Obama, Hillary Clinton and progressives have been waging against Russia, in accusing them of “election-related” hacking.

Since the November presidential election we have noted and reported on the constant attacks against Independent Journalism, first labeling them “fake news,” then claiming they were pushing “Russian Propaganda,” and finally insisting, without offering any proof to the public, that Russia was behind the leaks into the DNC and the Clinton campaign, then released by Wikileaks.

Despite the more than a month-long campaign to blame Russia for exposing the DNC and Clinton campaign were colluding with each other, as well as dozens of mainstream media journalists and reporters, while exposing that the DNC actively worked against Bernie Sanders during the primary season, 71 percent of the American public is either “not sure” that Russia was behind the leaks, or are listed as “I don’t know/ No Opinion.

Only 29 percent of Americans actually believe the MSM’s bombardment of headlines asserting Russia was behind the leaks. What the graph above shows, as well as the accompanying article from Morning Consult, shows once again why the mainstream media cannot be trusted. Start with their headline “Almost Half of U.S. Voters Not Sure Russia’s Behind Election-Related Hacks.”

That means 71 percent of Americans haven’t bought into the MSM narrative of Russia being the big bad of the 2016 election cycle.

Note – Once again we must point out that no matter who was behind the leaks given to Wikileaks to be published, the hackers, whether Russian or not, were not what “influenced” the election, it was the information contained within those emails… the TRUTH, that influenced the election. That means the DNC/Clinton campaign most assuredly was ultimately responsible for what was written in those emails.

Then we have the numbers that are missing in the graph above, but are specified after the claim that the “responses broke down largely along party lines,” yet we note that 49 percent of Independents, which are not shown in the graph, also are not certain who is primarily responsible for the leaked emails. We are also seeing reports (H/T reader idontknow) that Independent media sites are under attack from a number of different directions as Truthstream Media highlights how their sharing at Facebook has been blocked, then their YouTube numbers futzed with, then finally their whole site was hacked and taken down for a short period. Read their article titled “Blocked, Locked, and Hacked: How They Are Shutting Down the Alternative Media Online.”

In the interview below Dark Journalist Daniel Liszt speaks to author and the publisher of the ForbiddenKnowledgeTV.net website, Alexandra Bruce, about the mainstream media attacks against Independent media,  and in their article discussing the interview, they conclude:

Alexandra sees a coordinated campaign targeting Independent Media financially, and trying to shut as many of them down as possible by blocking them on Facebook, Twitter and other Social Media outlets. Whether you’re a Liberal Democrat shocked by the media character assassination of Bernie Sanders, a Libertarian repulsed by the intrusion of the CIA into the limelight with false propaganda about Russia, an Independent disturbed by the use of the Green Party and Jill Stein as puppets with behind the scenes Clinton-funded recounts to delegitimize the election, or a Republican shocked by the threatening pressure on electors and 24/7 negative coverage of President-Elect Trump, now is the time to unmask the cowardly trolls in charge of the Corporate Mainstream Media and reveal them as the true purveyors of ‘Fake News.’

This is a point we have tried to hammer home here at ANP, we must all fight back. As we have all painfully learned in the past, if only one side is speaking, that is the only voice that is heard, so to ignore the attacks against Independent Journalism, just because the public distrusts the MSM, would be to give up the narrative, allow the attacks to go unanswered.

We also note at the 4:15 minute mark, Alexandra Bruce highlights the newly passed Countering Disinformation and Propaganda Act as part of the NDAA, which in effect, as described by Zero Hedge, “the Act will i) greenlight the government to crack down with impunity against any media property it deems “propaganda”, and ii) provide substantial amounts of money fund an army of “local journalist” counterpropaganda, to make sure the government’s own fake news drowns that of the still free “fringes.”

If they cannot shut Independent Media down, they will attempt to counter it will their own “fake news,” or as Ms. Bruce says, attempt to pay certain Independent Journalists to write only government approved articles.

Block sharing, attack revenue, then offer them a choice, “write what we want or go out of business.”

As we started this article with the warning that the Internet will go down for 24 hours at some point in 2017…. and after seeing the antics on the part of the establishment, the MSM, the Obama administration, and social media giants,  over the last month, I am beginning to wonder how many of our favorite Independent Media sites will be here when the Internet comes back up.