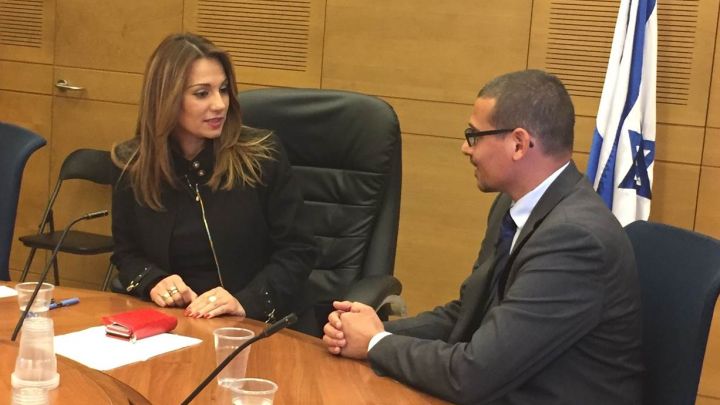 Israel has become a safe haven for Jewish pedophiles from around the world, a leading advocate for child sexual abuse victims warned Monday at a Knesset committee pre-hearing on pedophilia in the ultra-Orthodox community.

“Sex offenders tend to move from country to country to avoid jail, but what makes Israel unique is the Law of Return, which essentially grants unhindered access to anyone who is Jewish to come here without any real screening,” said Manny Waks, the chief executive officer of Kol v’Oz, a newly formed nonprofit that aims to prevent child sexual abuse in the global Jewish community.

The Law of Return grants automatic citizenship in Israel to those who meet its definition of a Jew.

Waks was raised in Melbourne, Australia where he attended Yeshiva Centre, a school run by the Chabad movement.  Years later, he reported that he had been sexually abused by two members of the staff there. Waks and his family, who have since been featured in several Australian documentaries, were ostracized by the local Chabad community for coming out publicly with their story.

Along with representatives of several other groups active in preventing child abuse in the Jewish community, Waks met Monday with MK Yifat Shasha-Biton, chair of the Knesset Special Committee for the Rights of the Child.

The full committee is expected to convene for a special session on the topic after the Passover break.

Among those accused of sexual abuse who have fled to Israel, Waks cited the prominent case of Malka Leifer, the former principal of a religious girls’ school in Melbourne, who allegedly assaulted eight of her charges. She is now under house arrest, and the Australian authorities are seeking her extradition. Waks noted several other cases of pedophiles and alleged pedophiles from the United States, Britain and the Netherlands who had fled to Israel either after being charged or to avoid being charged. Some have already been extradited back to their home countries where they are serving jail sentences.

“It seems to us Israel is increasingly becoming a refuge for pedophiles and alleged pedophiles,” said Waks. “It’s an easy get-out-of-jail card for them.” Waks, who is married with three children, recently moved back to Israel, where he was born and served in the army.

According to research data he cited, one in five children in Israel experiences sexual abuse.

“There’s a range of factors that suggest there may be a significantly higher proportion within the ultra-Orthodox community,” said Waks. “I think any closed community would have increased cases, because these cases are silenced. They’re swept under the carpet. Not only that, but in the Haredi community, they don’t even talk about sex, so how can they talk about sexual abuse?”

His new organization, he said, will be lobbying the Knesset to change the statute of limitations so that victims of sexual crimes can have more time to file complaints.

Also present at the meeting with Shasha-Biton were the heads of a new Israeli group called “Lo Tishtok” (Thou Shall Not Be Silent) that aims to give voice to ultra-Orthodox victims of sexual abuse. Launched as a Facebook page five months ago, the group already has close to 4,200 followers and is planning to become a nonprofit organisation.

Yitzhak Kadman, the executive director of the National Council for the Child, said he had noticed signs of “the beginnings of a revolution” in attitudes toward child sex offenders in the Haredi world. “I was actually astonished by the amount of openness I’ve seen recently,” he said at the meeting.

Israel may be a preferred destination for Jewish sex offenders, said Kadman, but it has also become a place of refuge for their victims. “We are seeing many of them leave their home countries and come to Israel, perhaps because they are looking for a way to get a fresh start,” he said.