India Confiscates Gold, Even Jewelry, In Raids On Hidden Money 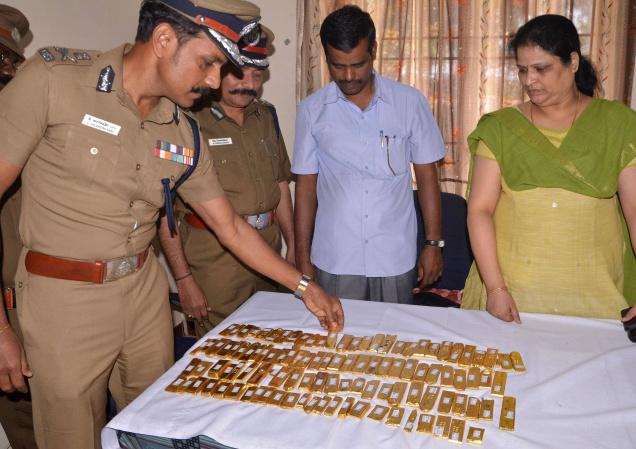 India Confiscates Gold, Even Jewelry, in Raids on Hidden Money

For background to this article, please see my November 27 article Cash Chaos in India, 86% of Money in Circulation Withdrawn; Cash Still King in Japan.

As one might imagine, chaos ensued. And it continues.

Picking up where we left off, please consider Message to Modi: Do No More Harm by Mihir Sharma.

The chaos accompanying “demonetization” hasn’t eased up noticeably. It seems likely the disruption to the economy, especially in cash-centric rural India, will hit growth sharply for at least a few quarters. It’s tough to say for how long and by how much; we are in uncharted territory here and guesses have varied widely. But many analysts agree with former Prime Minister Manmohan Singh, who’s predicting the new policy will knock 2 percentage points off that world-beating GDP growth rate.

Demonetization was originally sold as a “surgical strike on black money” — the illicit piles of cash many rich Indians have accumulated out of sight of the taxman. It’s now clear the policy has been anything but surgical. Worse, uncomfortable questions are being asked about whether the complicated rules and exemptions that have accompanied demonetization have allowed black-money holders to launder most of their cash. Of late, Modi’s chosen to focus instead on demonetization as means of advancing a cashless economy.

Yet the idea of a war on unaccounted-for wealth remains central to demonetization’s popular appeal, which means Modi will have to find other ways to keep that narrative going. So the government has now begun to push income-tax officials to conduct raids on those who might be concealing assets in forms other than cash, such as gold.

There’s already enough fear of such raids becoming common again that the government felt the need to step in to quell some of the anxiety. That didn’t help much. The government “clarified,”  among other things, the rules governing when tax officials could seize gold: Nothing would happen “if the holding is limited to 500 grams per married woman, 250 grams per unmarried woman and 100 grams per male.” It also said that there would be no limits on jewelry “provided it is acquired… from inheritance.” Also, the “officer conducting [the] search has discretion to not seize [an] even higher quantity of gold jewelry.”

What this means, unfortunately, is that India’s income tax officers have just won the lottery. During a raid, they can, on the spot, decide whether or not to confiscate a family’s gold holdings. And remember, India has an enormous amount of gold — 20,000 metric tons, much of it inherited. (The rules governing simple searches are different, but few know that.) Rather than cleaning up tax administration, the government has handed tax officials more power than they’ve had for decades. The rich will pay what they need to escape harassment; the rest will suffer.

The last line in the preceding article says all you need to know about what’s happening: “The rich will pay what they need to escape harassment; the rest will suffer.”

Evidence suggests the politically connected, and their friends, knew about the ban on cash and acted in advance. Everyone else is stuck.

India’s raid on gold reinforces its ban on cash. Short term aside, these kinds of actions will increase demand for gold.

I keep wondering: what’s next? People pretend they know, I admit I do not. However, I am quite sure a currency crisis is coming. Where it strikes first is unknown, but the list of likely candidates increases every year.

My spotlight has been on Japan, China, and the EU. India caught me off guard, but it adheres to my general theory this pot will eventually boil over in a cascade from an unexpected place, outside the US.

US actions may cause a currency crisis, but I believe a crisis will hit elsewhere first. If I am correct, gold will be the safe haven, regardless of currency, but especially where the crisis hits.